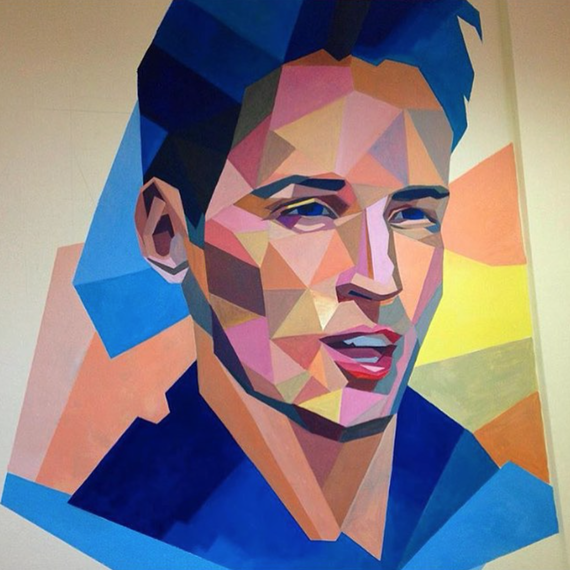 At the last TechCrunch Disrupt in San Francisco, the tech entrepreneur shares his lessons and insights on startups, strategy and what it means to live a good life.

Pavel Durov is a brilliant individual with extraordinary achievements. He revolutionized the Russian Internet by founding VKontakte, Russia's biggest social networking app. He has led a life as an international nomad after a fall out with Putin when he was forced to sell his startup.

He also co-founded Telegram, a messaging app that is safer and superior to WhatsApp. Advocating for secure communication and libertarianism, Durov is a man who thinks independently and is as sharp in his thinking as he is in his execution.

I was born in Leningrad, USSR, before my father got an appointment at a university in Italy and we moved to Italy. I spend a few years there before my family returned to Russia. I sort of grew up in St. Petersburg.

Is there a pivotal moment in your childhood?

On the first trip to Italy when my family moved, I got left behind with my grandmother. I learned that I needed to rely on myself. I'm four years old, my parents are gone, my brother was also with them and I have to figure out how to spend my time. My grandmother is an old woman and she couldn't play and she was also working. It was an interesting moment in my life.

What were some of your early influences?

Obviously my brother is a big influence. My brother is a genius. When we went to Italy, he was on the local television channel as a prodigy, who could solve very sophisticated mathematical equations. He was only seven or eight years old but he could solve mathematical problems for fourteen year olds. He was really advanced in mathematics. He read a lot of literature and so he was extremely smart. When he was in school, he won pretty much every math competition. I learned a lot from him. I asked him questions about everything. I am very grateful for that.

What is a book you're most likely to give out to a friend?

On that topic, how do you manage your emotions?

First of all, I've been doing yoga for some time. Yoga and meditation. And you know, at some point you start to realize that our minds are in the neurological sense controlled by our bodies. We have to learn to reverse engineer our minds and our bodies, in order to identify the real reasons for our emotions. If you can do that, you can actually change the environment and get rid of certain factors that influence your decisions. 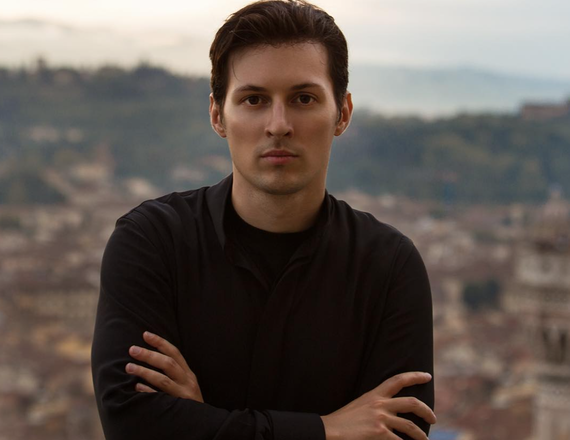 How do you make sure that you think strategically?

It is thinking and evaluating different options, of what you can do today, next week, or this year. You shouldn't give up until you come up with something that really excites you. If you are in doubt about a decision, get some sleep and see how you feel when you wake up.

What thing do you attribute to getting things done?

I think passion, curiosity and the ability to simplify the process. Simplify means cutting everything that is redundant, superfluous, and just focus on the core.

What would you tell the man that is pre-occupied with many projects and needs to find focus?

I think I would tell him to keep looking. They should read books that have nothing to do with business and technology. Give your mind a break and give it time to just think about things.

This is a Peter Thiel question. What important truth do you believe in that few people agree with you on?

I think people should be allowed to self-organize more. Governments should be smaller. In fact, governments and countries in general are less important than we think they are. They take credit for processes they have nothing to do with. I believe in small governments or no governments. I think the majority of people want to have big government, a big brother taking care of them.

I think success is about being excited about the things you do and what you focus on.

What do you need to be happy?

People give too much attention to social status. For example, what difference does it make whether you live in London or in a small village? With the Internet, it doesn't make a difference. It is actually healthier to live in a village. Better air and it is much cheaper. People choose to live in expensive cities and then they pay enormous amounts of rent. The only reason they stay there is so that they get a job that will provide them enough money to pay for rent and pay for expensive stuff. It is a vicious circle.

How do you simplify your life?

You should get rid of other people's voices in your head. We're so much influenced by people around us. Our relatives, our friends, what they believe is success and not, and what is good and bad. We should get rid of that completely. In a way we should start to ignore everything that other people think or say about what we are doing. After that we should just focus on what we need.

How do you do that?

Spend more time alone or in silence and be happy about it and not in a miserable manner. People get addicted to the company of other people. For example, here in the US two people feel awkward when they sit in silence together. It is nice, people are nice to each other, but sometimes you have to have this space that is not affected by anyone else. 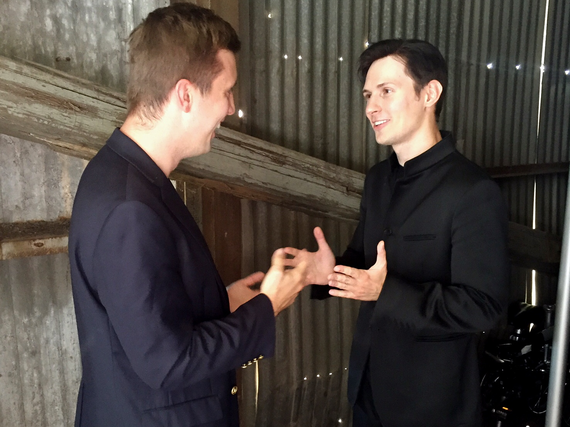 What was critical in making your companies successful?

Some people have this trait building things. They are curious what will happen after they build things. For me it even goes beyond that. The most exciting moment is when you build something, which could be used by other people to build something else. In other words, when you build a platform. When I first discovered the Internet, I was amazed by how you could build a website and other people would come and post their own content. I started my first project VKontakte with that in mind.

What are the most important traits for a founder?

One of those I already mentioned, the love for building things. Curiosity, self-discipline and passion. And persistence.

How can you be focused yet still draw from many different insights?

What people don't realize about renaissance men or Julius Cesar is these people were not multitaskers in the sense that they were able to do several things at once. Some of them probably could do that, but the main thing about that is that they chose an area and they focused completely on building that. For example, building a sculpture. Then they switched to a painting, and did a great painting. At any exact moment in time they were focused 100% on one specific goal. They didn't try to do it all at once. One at a time. You can do many things, but in different moments of time.

How do you strike a balance between thought and execution?

I think there is a natural division between those things. On work days, you focus on execution and on the weekends you zoom out a bit and think about the whole picture.

When something is about to affect you how do you make sure that it does not affect you?

Typically, when something happens, something I cannot change, I prefer to focus on the good things, because there are always good and bad things for any events, even the most tragic ones. You just have to see them and focus on them. It is no use to keep being sad about something that you cannot change. You have to adapt to the situation and think what you can do with what you get.

How do you curate your relationships?

It is pretty simple for me. I communicate 90% of the time with the people that I work with. The rest 10% with my relatives, mainly my brother but I work with him.

Maybe the most important advice would be to not get too nervous about this. I am in a stressful business and now I understand better that you always need to stay calm.

Julius Caesar would be a nice person to dine with. This was a man who was a writer, a poet, and general, a politician, and a priest. I think that's a good combination. You could learn a lot from that multi-functional personality.