Pianist Stewart Goodyear was determined to record Tchaikovsky's Concerto for Piano no 1 in B flat minor and Grieg's Concerto for Piano in A minor. In late spring 2013, following a bit of research, he approached Maestro Stanislav Bogunia and the Czech National Symphony with a proposal. By mid-July, Stewart was flying into Prague.

"I've wanted to record these two concerti for a very long time," said Stewart. "I created the opportunity - there was no label assigned to it. It all started with an e-mail. Everything was laid out very simply. We talked about which days we would be free as both of us had concerts. The day before I flew to Prague, I did a concert in Niagara - an all-Beethoven program. That meant a flight from Niagara to New York, then New York to Prague, and then it was time to rehearse. We had one rehearsal before the recording session. It was quite a gamble, but my gut told me that this was the perfect match. I just took the plunge and the gods were smiling. Somehow there was a connection and we just danced. It was perfect timing and the perfect place to do it. After Steinway and Sons heard the recording, they were excited to distribute it for me."

Tchaikovsky, Grieg: Piano Concertos is the first orchestral recording in the Steinway & Sons catalog. It is a spectacular kickoff. Stewart Goodyear and the Czech National Symphony are in perfect alignment. Mr. Goodyear's daunting technique is immediately engaging, the arc of his musical expression is spellbinding. Conductor Bogunia and the Czech National Symphony are at one with the pianist in motivation and purpose. The performances are equally resplendent - matched in luster and dynamism, theatrical élan and spiritual muscle.

"I've lived with both the Tchaikovsky and the Grieg piano concertos since I was three," said Stewart. "They were the first concerti I ever heard. Like the Beethoven piano sonatas I recorded previously, those were the pieces that inspired me to become a concert pianist. My path was set as soon as I heard them. Living with them and, of course, experiencing life's lessons and passions - my love for these pieces deepened. I just feel so strongly about them. I found that the conductor loved them equally as well. The orchestra didn't know who I was, but there was this energy - almost like love at first sight. We came together because of our love for these two works. So, there was a real meeting of the minds."

The compositions are seminal in the careers of Tchaikovsky and Grieg. Both concertos contain themes that are instantly recognized and which have long been exploited outside the concert hall and recording studio - particularly in films of all sorts and through adaptations into popular songs. Stewart and I found some interesting common ground in our childhood experiences of Tchaikovsky and Grieg - films and recordings that would ignite a passion for classical music and for these composers specifically. The Academy Award winning soundtrack of Disney's Sleeping Beauty is one of them. Also, a boxed set of LPs produced by Reader's Digest, "Treasury of Great Operettas" which included Song of Norway, a clever adaptation of Grieg's music by the team of Robert Wright and George Forrest (Kismet, Kean, Grand Hotel). A semi-staged concert version of the Broadway musical was recently presented at Carnegie Hall featuring soprano Alexandra Silber. The show concludes with themes from Grieg's Concerto for Piano in A minor. This nine-record set of eighteen operettas was in the collection of Stewart's grandparents.

"They loved musicals," said Stewart. "Song of Norway caught my attention. The last track had an abridged version of the Grieg piano concerto. It was the first time I'd heard it. Then I had to listen to the entire work. I loved its lyricism, I loved the abandon and the improvisatory feeling in the piano part. The Percy Grainger recording with Stokowski was a great inspiration. He just threw caution to the wind. It was as though he was living and breathing that piece. Everything was raw. I hear a very rustic quality in the Grieg concerto. It is filled with pride, a true celebration of where the composer came from. I hear the festivals, I hear the Halling and the Springar dances in the third movement. Both are very athletic and it's the men who get to improvise their moves. So, with those runs on the piano, I'm seeing the dance and the athleticism." 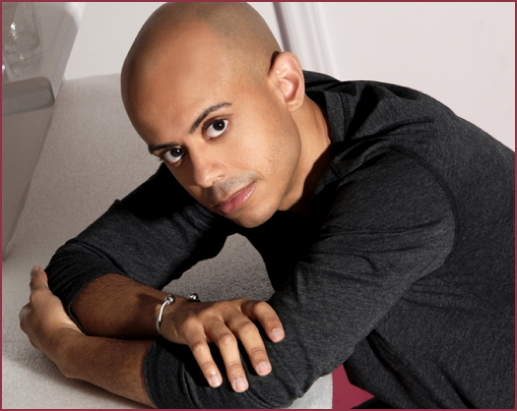 We continued to explore the question of early influences and family support. A piano came into Stewart's life when he was five, lessons began at age seven. Growing up in Canada, he participated in various national competitions and worked with several orchestras. Eventually, he was accepted into the Curtis Institute of Music.

"When I hear music, I hear images. I hear memories from my childhood and from the recent past. It's something that never lets go of me. Learning a new piece of music is a very personal experience. Going to Curtis and being surrounded by wonderful musicians and sharing similar passions and finding out how they came to music was fascinating. I love performing. When I'm on stage, there is something that an audience does to me that brings my performance to life. When there were no opportunities, I made my own. I started creating projects that meant a lot to me."

Stewart's new recording is a monumental dream come true, perhaps something of a miracle. It appears that a lifetime of discipline, exploration and endless practice paid off during the finalization of every track. There were not many takes, some sections had only one. Realizing the limited time he and the orchestra would have, I asked Stewart about his private practicing. How do you prepare a concerto without the orchestra?

"Because I'm a composer myself, I love orchestration. While I know the piano part, it's my duty to know all of the orchestra parts. We are all collaborators. My knowledge of the orchestra enhances my understanding of the piano part, they are not separate at all. While I'm practicing, sometimes I'm singing along. I'm singing the orchestra parts while I am playing the piano. Singing is always a part of my practicing. I come from a family that loves to sing. I grew up with opera. My grandparents were verismo fans - they loved Puccini and listened to Jussi Björling and Renata Scotto. I heard the way singers bring a character to life - using different qualities of their voice to represent rage, courtship, love, and vulnerability. It made such a deep impression on me growing up. It compelled me with this recording. Caution went out the window. By the end - I was sweating, I was panting. I was just going for the jugular. It was a very powerful session."

Stewart's first listening experience of Tchaikovsky's B flat minor concerto was a rare 1926 recording by Vassily Sapellnikoff (1867-1941). The pianist had not only toured with Tchaikovsky, but had played the concerto under his baton. He knew what the Maestro wanted. Sapellnikoff's recording, made thirty-three years after the composer's death, is the only one that carries such a weighty provenance.

"What I would say - because I was not emulating either Vassily's performance of the Tchaikovsky or Percy Grainger's performance of the Grieg - is that what they did teach me were lessons that were quite profound. With Vassily there was a simplicity that I absolutely loved and a sense of structure - of which Tchaikovsky is such a master. A master of melody, a master of order, and a master at moving the public. That's what I found with Vassily. It was not about the speed of the octaves or of the runs. The speed of the runs and however fast the octaves were played depended entirely on the structure of the concerto. That is what governed the virtuosity. Vassily Sapellnikoff inspired me to really look very, very deep in my mind about what Tchaikovsky represented in me. His was the recording I heard. I'm not going to say that it is a guide to playing the concerto. But it was definitely the seed that inspired my interpretation of Tchaikovsky."

I asked Stewart if - as he boarded the plane to come home, with the master recording safely in hand - his first stop would be at Steinway & Sons.

"A wonderful publicist helped me to spread the word around about this recording. I wanted to approach a label that very much believed in it. That was my criteria. For me, Steinway was the perfect label. It was just a great relationship from the beginning. I have a Steinway piano at home. Steinway has been a part of my life from the very beginning. It's a great honor that I am their first orchestral recording."