Pianist Jean-Yves Thibaudet joins Michael Tilson Thomas and the San Francisco Symphony this week in four performances of Leonard Bernstein's Symphony No. 2: The Age of Anxiety. Beginning Thursday, May 7 through Sunday, May 10, the program includes Mahler's Symphony No. 4 and features soprano Susanna Phillips in the fourth movement - a song, "Das himmlische Leben" (The Heavenly Life). Its text is an innocent's depiction of Heaven where earthly concerns are of no concern. "We lead angelic lives, yet have a merry time of it besides. We dance and we spring, We skip and we sing." A far cry, as it were, from Bernstein's literary source - the epic and ponderous self-searching stanzas of W.H. Auden's 1947 poem, The Age of Anxiety. "This piece isn't programmed very often," said Jean-Yves Thibaudet. 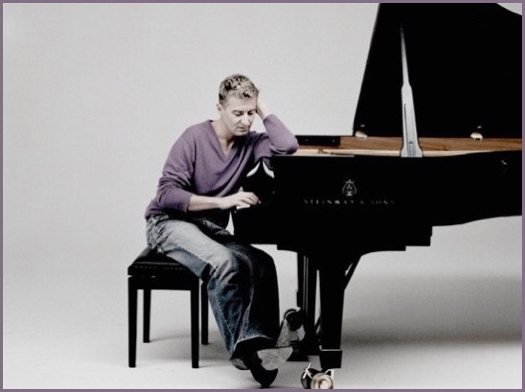 "I think it's one of Bernstein's great, really great pieces of music. A lot of people only know the lighter side of Bernstein, what they've seen in West Side Story. But when they hear this music - because it is an experience to sit through - I think they realize he was some kind of real genius, a great musician. I've probably played it thirty times. It needs that. It's like a very complex meal - you don't just do it in one go. It's lots of bites, big bites. You need to live with it and get used to it. And you discover and understand more and more every time. Between the text, the poem, what's going on with the music - and everything Michael has told me about Bernstein - I'm really happy to be doing it again."

Auden's poem won the Pulitzer Prize in 1948. The author employed a highly stylized near-ancient format that was all about a complex combination of counts and consonants. Those determined to finish the volume were kept alert by its page appeal - how the language popped out on paper. The story's cast of characters were familiar enough - three guys and a girl, a smattering of sexual tilts. A quartet of misfits who bump into each other in a New York bar, drink themselves into an all-nighter and then compete for getting a word-in edgewise. Religion and psychology - what else? They all wind up at the girl's apartment where the party is just beginning and, by now, it's anything goes. The last war is all but over - let's talk about the attainment of faith. The conversation grabbed the attention of Leonard Bernstein. Boston Symphony conductor Serge Koussevitsky was inspired to offer him a commission. They premiered the work, Symphony No. 2: The Age of Anxiety in April 1949. Bernstein was at the piano.

"Michael asked me to learn it in the early '90s. I listened to it and said, 'Absolutely!' I was fascinated by this piece and got deeper and deeper into it, because Michael was the best person to learn it with. The piano is the protagonist - the person that is kind-of looking at the things happening. Yes, the piano is a character. That's not written in the score, but that is my understanding. It makes total sense. There are a lot of moments where he is alone.The character and the piano is Bernstein himself. He is obviously telling an important story." 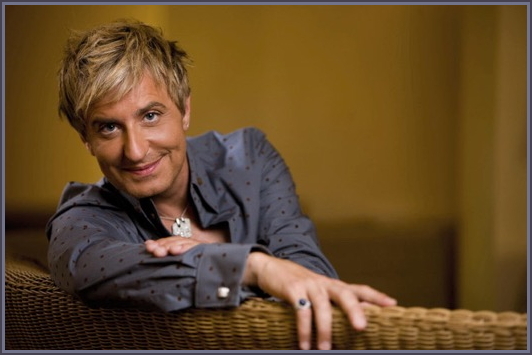 Within two years, Auden's work had gone into a fourth printing and in some quarters became the thing to quote. (In 2011, a critical edition was released to aid the adventurous moderns.) Bernstein knew the structure of the poem could work as a ballet. The moods and meters of the six sections - The Prologue, The Seven Ages, The Seven Stages, The Dirge, The Masque and The Epilogue - might spark the creativity of a brainy choreographer, but also risk over-seasoning the work with too many fixins. Jerome Robbins took on the challenge with his 1950 ballet - Auden was not impressed. The dance has since been lost. "Symphonies and concertos usually have no story," said Jean-Yves, "they are just music."

"But this is written after the poem. It is clear that Bernstein really followed the story. The Dirge is where the four of them are sitting in the cab and going down to the girl's apartment to drink. They are mourning the loss of the idea of a leader, of a father symbol. That's when Bernstein is using the twelve-tone row. It's amazing. Every note played one after another, like making a big twelve-tone chord. It's a beautiful beginning. A pompous lamentation. The Masque is a phenomenal moment. They just need to have a party. Suddenly you're in a jazz club - a trio with piano, drums, double bass - and you don't know where it's going to go. You don't know if it's the end of the piece, but it takes you into this party mood which is just incredible. It's very nervous, very sentimental, fast and exciting. Then everybody leaves. It's like an anticlimax - not what you're expecting. But the piano is still there. The piano always makes the link, the connection between the different sections - like a story. Sometimes it comes in completely in its own world. The orchestra gets very deep and then suddenly the piano comes in like something magical, something ethereal - like an angel. Maybe the piano is Auden. But it is not one of the four characters, that's for sure."

I asked Jean-Yves about the physical demand of doing four performances. How does he psyche himself into that much output? How did The Age of Anxiety get booked in the first place?

"I've done a lot of repertoire with the Symphony. I offered a few things I'd be doing around this period and then Michael came back with the Bernstein. I really think it was his desire. I think he wanted to do it there, do it with me, do it in this season. I didn't offer it and it was not on my list for the season. In fact, this is the only place where I'm playing it. And with great pleasure! Because it's with Michael and it's San Francisco and I love the piece anyway. But it was not me offering. Michael specifically asked for it. I looked at my schedule - I had all these other things - but I can't refuse him. To do this piece with Michael is so special, I just couldn't refuse. So, I said, 'OK, I'll put it back in my fingers, let's do it for San Francisco.'

Inspiration follows inspiration. By the time Jean-Yves was seven, his father - a politician in Lyon - had twice taken him backstage to meet Arthur Rubinstein. "I was completely taken," he said. "I fell in love with the pianist, the musician. But more than that - the man, the artist, the human being behind all of that. He had that amazing charisma, that amazing generosity and kindness. It was just so wonderful to see him, to be in his presence, to see him when he was onstage. He would play things that he's probably played all his life - but it was like he was discovering it for the first time, with that freshness. He asked me what I wanted to do. I said, 'I want to be a pianist like you. I want to travel all around the world and play concerts everywhere.' It made him smile. He said, 'If you do go that route, just remember that what is most important in our life, in our career as artists - is the audience. Forget about all the rest. Without the audience, we don't exist. Always be nice to your audience. They come to your concerts, they buy your recordings. We live for them.' I always remembered that." 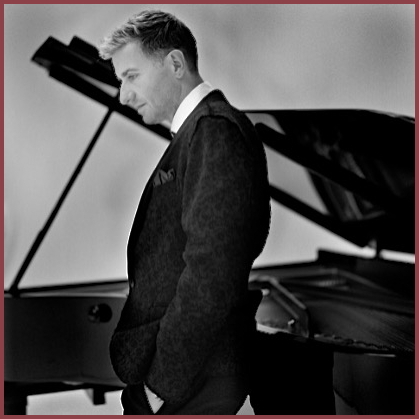 "Later, as far as inspiration, it was my teacher, Aldo Ciccolini, who just passed away. He was an incredible inspiration, an incredibly intelligent and cultured person. Lessons with him were lessons of life. I would go in the morning and sometimes spend the entire day with him. We would speak about everything. We'd have lunch and then go back to the piano, sometimes not even to the piano. Just sitting down and talking - with the score, without the score, talking about music, talking about life. It was so important. I realize it more and more everyday."

At the time we spoke, Jean-Yves was giving classes at the Colburn School in Los Angeles where he is an Artist in Residence. The conservatory is located near the Walt Disney Concert Hall, home of the Los Angeles Philharmonic. There is much concern these days about attracting and nurturing a younger audience that will continue to support the arts as the generations go by. What's the buzz in the hallways about classical music?

"I think it's better. First of all, I see more of them coming to concerts. I think the image of classical music is not as bad as it used to be. I remember sometimes meeting young people who'd ask me what I do. I said, 'I'm a musician.' They responded, 'Oh, great, cool! What kind of music?' When I said 'classical' they would go, 'Oh, God!' They don't say that anymore. Now they say, 'Cool.' I think they have gained a little bit more perception about classical music and that there is something positive about it. There is still a lot to do, but I believe we are on the right path for that."