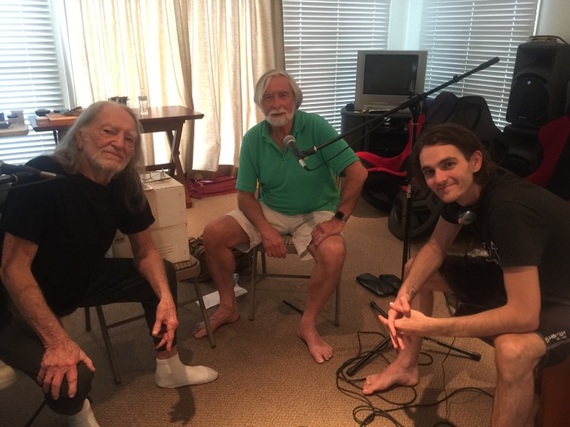 In the second portion of a two-part conversation, the American musician Willie Nelson tells Robert Scheer why, in spite of prevailing political conditions, he is optimistic about the future of the United States. Nelson also discussed his start in the music industry as a DJ and promoter and his love of Texas and Texans, and explained why he's not afraid of getting older.

When Scheer points out that many liberals do not understand why millions of their fellow citizens voted for Donald Trump in the 2016 election, Nelson says: "I recorded a song called 'Living in the Promiseland.' ... It's about welcoming everyone: 'Living in the promiseland, our dreams are made of steel. The prayer of every man is to know how freedom feels. Bring us your foreign songs, we will sing along. ...' Come on. Come on, America. We love you. We'll help you. We'll find a spot for you."

"So you're not for building walls?" Scheer asks. "Fuck no," says Nelson.

Listen to the first part of the conversation here.