As a 33-year law enforcement veteran and former training commander with the Maryland State Police and Baltimore Police Department, I know how easy it is to intimidate citizens into answering incriminating questions or letting me search through their belongings. This reality might make things easier for police looking to make an easy arrest, but it doesn't always serve the interests of justice. That's why I believe all citizens should understand how to protect their constitutional rights and make smart decisions when dealing with officers of the law.

Unfortunately, this important information has remained largely unavailable to the public, despite growing concerns about police misconduct and the excesses of the war on drugs. For this reason, I agreed to serve as a technical consultant for the important new film, 10 Rules for Dealing with Police. The 40-minute docudrama aims to educate the public about basic legal and practical survival strategies for handling even the scariest police encounters. It was produced by the civil liberties group Flex Your Rights and is narrated by former federal judge and acclaimed Baltimore trial lawyer William "Billy" Murphy, Jr.

The opening scene portrays Darren, a young black man getting pulled over. He's driving home from college. This is the fifth time he's been pulled over in a year. Frustrated and scared, Darren immediately breaks Rule #1: Always Be Calm & Cool. Mouthing off to the officer, Darren aggressively exits the car and slams the door. The officer overreacts, dropping Darren with a taser shot to his chest.

Should the officer have tased Darren in that situation? Probably not. Would the officer likely be disciplined? No. But that's not the main point of 10 Rules. The point is that the choices you make during the course of such encounters have a massive impact on whether it ends with a simple warning, a tasing -- or worse. This is true even if you've done nothing illegal.

While being calm and cool is key to getting the best possible outcome, it's not enough to keep police from violating your constitutional rights. For example, when the officer commandingly asks Darren "You're not hiding any AK-47s in there? You don't mind if I take a look?", Darren gets tricked like most people do.

Intimidated and unaware of other options, he consents to the search. The officer carelessly dumps his bags, accidentally shattering Darren's laptop on the asphalt. In another "what if" scenario, the officer finds a small amount of marijuana hidden away. While someone else might have left it there, Darren winds up getting arrested.

What few people understand, but police know all too well, is that your constitutional rights only apply if you understand and assert them. Unless they have strong evidence (i.e. probable cause) police need your permission to search your belongings or enter your home. The instant you grant them permission to invade your privacy, many of your legal protections go out the window and you're left on the hook for anything illegal the police find, as well as any damage they cause in the process.

Of course, even if you know your basic rights, police officers are trained to shake your confidence. If you refuse a search, I might respond by threatening to call in a drug-sniffing dog and sternly reminding you that things will go much easier if you cooperate. Creating a sense of hopelessness for the suspect enables us to break down their defenses and gain compliance. In the film, we show several variations on these common threats, but the main lesson is that it doesn't matter what the officer says; you still have to remain calm and protect your rights.

In today's world of smart phone video, YouTube and Twitter, stories of police abuse travel fast, creating greater awareness of the problem of police misconduct. Unfortunately, this heightened awareness often serves to reinforce the notion that "cops can do whatever they want." It's true that much work remains to be done towards ensuring police accountability, but the very first step is to educate the public about basic constitutional rights.

Citizens who understand their rights are much less likely to experience negative outcomes, both on the street and in a court of law. Until each of us has the ability to protect our individual rights and recognize injustices against others, we're not likely to accomplish much in the realm of broader policy reform.

I hope 10 Rules for Dealing with Police will be embraced by parents, teachers, activists, and even police departments as we work towards reducing the tension that too often characterizes the relationship between cops and the communities they serve.

Here are the ten rules featured in the film:

Anyone who's ever had a question about what police can and can't do will find the answer in this film. Better yet, Flex Your Rights licensed the film to allow free public use, so anyone can show it at their school, church, community center, or local theater. The DVD is available at FlexYourRights.org. Show it to everybody you know and love.

A Cop's Advice on Dealing with Cops (Slideshow) 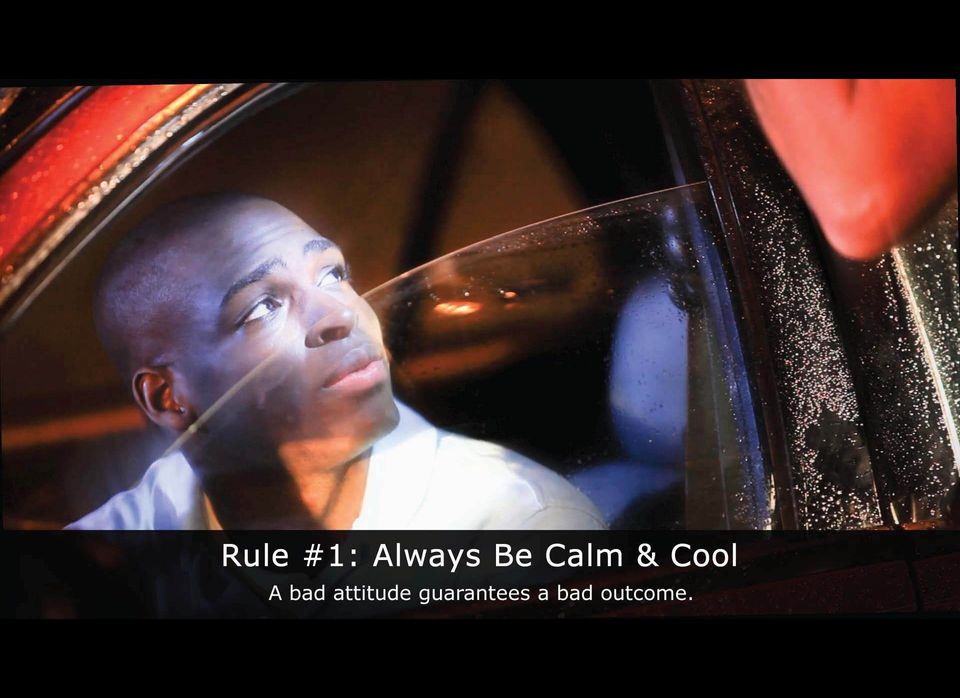