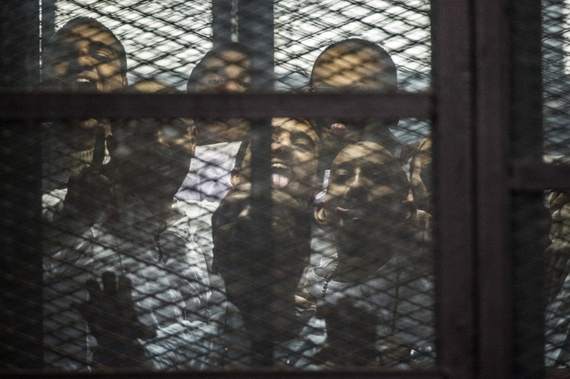 The court system in Egypt finds it easiest to issue a death sentence to a group of people simultaneously (529 at one point) because why bother and observe each case separately, right? Latest and funniest case was having a name-mistake and instead of issuing a life-sentence to the right man, they issued it to his three-year-old son (The court thankfully, and surprisingly, admitted the mistake in the end).

Particularly in the last couple of years, the court has issued life-sentences to people who haven't even received a chance to see the real world yet. People in their teenage lives who wanted to change their country. Or people who happen to be affiliated with their fathers whose ideologies come in line with that of the Muslim Brotherhood's. Or people who have nothing to do with anything political, but were found in the wrong place at the wrong time, and were taken and sentenced to life in prison. Can you imagine that? Going in 18 and coming out 30 something? Because of a corrupt-system?

The court had sentenced someone to jail, who was 17 at the time, for two years. He was there for the two years without any official charges against him. Why was he arrested? For wearing a t-shirt that said "A nation without torture." He went in a boy, came out a young man.

Meanwhile, the court acquits all the oppressive regimes' murderers from any charges. It acquitted the 30-year dictator Mubarak and his two sons and his interior minister from any charges despite all the destruction and killings and lies and frauds they have committed.

The justice court - the supposedly highest most respected institution in the country - your actions do you no favour. They degrade you. 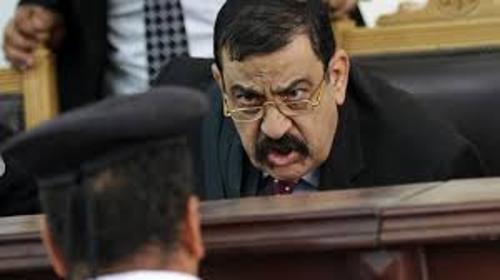 To the court system, how does this make you accountable? How can handcuffing anyone you don't like make you accountable? How am I, as a citizen, supposed to believe and frankly trust that if anything happens, you'll treat me fairly? Answer is, I don't believe you nor trust you. And I honestly cant see how anything else in the country can function properly, if the court system itself is corrupted.

To the judges who ruled against young people for having a different ideology than theirs, how do you expect this to end? Do you think that by sending people our age to prison, you'll be shutting us down? Well, here's the thing, it doesn't that way. With everyone that you sentence to prison, hundred more people support them. With everyone that you sentence to prison, some of your own supporters turn into your own worst enemies.

What are your thoughts - if you have any - when those you've prisoned become free after they have served their unjust sentence? What do you think they're going to do? Their mind is filled with hatred, anger, and outrage toward your ill-mentality. They won't forget what you did. So what are you expecting?

If the, what I suppose should be the highest, most "respectable" institution in the country - the court system - is corrupted, then the minute all those oppressed get a chance, you'll be among the first institutions to go down. In both, life and after life.

There's always a carousel. It never stops. It never halts. And if you oppress now, your turn to be oppressed will come later.