Although Milstein Hall, the newest building to be realized in over a century at Cornell's Art, Architecture and Planning campus, has been open for less than a month and is still incomplete, I have already become intimately acquainted with the new design by OMA/Rem Koolhaas. As a master's student at Cornell, I spend most of my waking hours (which are approximately 20 hours a day) working in the new studio space.

With a great deal of consideration I have come to the conclusion that the building is the love child of Darth Vader's Death Star and Le Corbusier's Villa Savoye in Poisy:

We live in a fast-paced world, and emerging technology have allowed society to move at an incredible pace. In a 2004 interview, Rem Koolhaas stated, "Any architectural project we do takes at least four or five years, so increasingly there is a discrepancy between the acceleration of culture and the continuing slowness of architecture." So how does one deal with such a problem? It seems almost too obvious; make a spaceship that travels faster than the speed of light.

As soon as you enter the building, you are transported into to a future conceived in a 1997 science fiction film. The metallic reflectivity combined with the sterile white paint and cool luminescence of the cement embodies the nature of what one might liken to a space station or, dare I say, a superweapon. The tubes of fluorescent light that illuminate the ceiling of the dome space echo what one could imagine as ribbons of galaxies speeding past. Milstein is aggressively situated between three already existing buildings, lurking quietly as though to attack the unsuspecting arts quad at any moment. Even the building's acoustics sound like the future: the drone of machinery is omnipresent from the glass doors that slide open, welcoming you into the space to the pneumatic hiss of the piston that shoots up the elevator shaft. In fact, I am afraid to use the seductive, serpentine bathroom for fear that if I sit down on the toilet, I could be projected into another dimension.

Of course, another solution to the problem of the fast-paced culture monster was to look to rules that have worked in the past. Like many architecture students, I have Le Corbusier's five points of architecture ingrained into my brain. Sometimes I wake up from a nightmare, in a cold sweat, reciting them: "Roof garden, free plan, horizontal window, free façade, pilotis... pilotis! Pilotis!" I have a sneaking suspicion that the designers at OMA and Rem Koolhaas have had similar dreams; the ideas that Le Corbusier denoted in Towards a New Architecture and espoused most famously in the Villa Savoye are the building blocks of their new architecture building, a sort of a running checklist that the design had to meet: 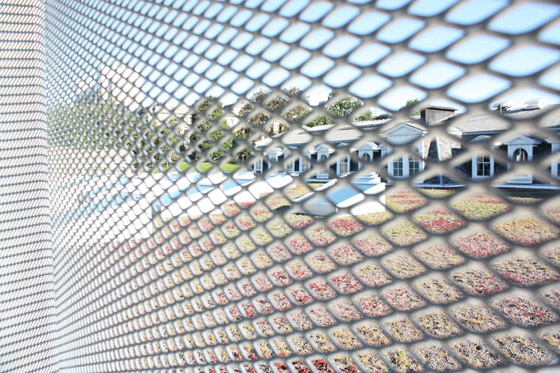 Corb's first point: roof garden... check. Students are not allowed on the roof, so please excuse the obstruction in this image. 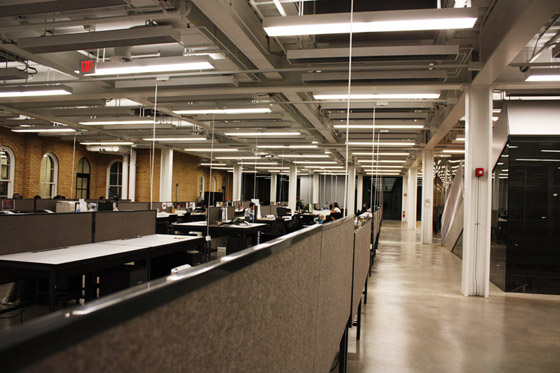 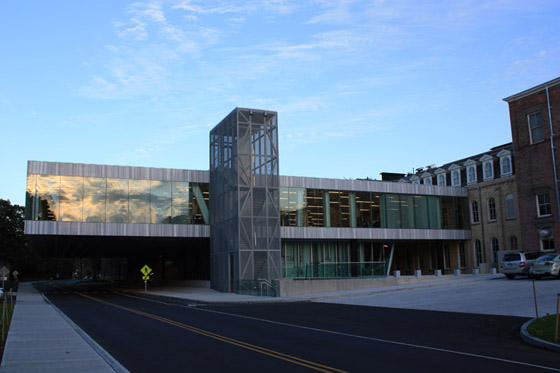 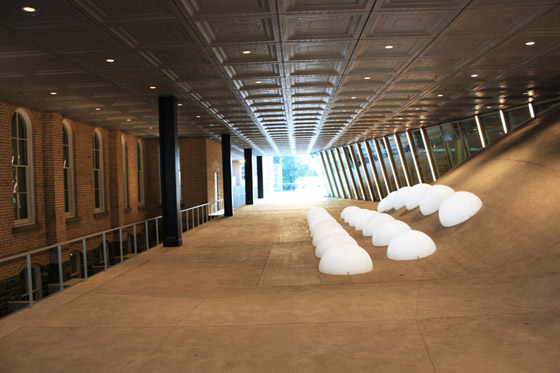 My relationship with this building is still blossoming, and as with any new relationship, I am willing to look beyond a few flaws (leaking ceiling, lighting and skylights that create so much glare that it is impossible to work on my computer, cracks in the new concrete that make me question the stability of our lives together) toward a bright future together. But what is this building teaching the students whom it houses? If it was "Built to Inspire," as it says on the Cornell website, what is it saying to its students? If we have questions about the pedagogy of the space, an extension of Cornell, should we look for answers from the father of modernism or to a galaxy far, far away? Whether the completed building or the refuse of inhabitation can change my mind, only the future will tell, but as it stands today, Milstein's design remains caught between the past and the future of the not-so-distant past.

All photos by Aaron Gensler