By the end of June, the U. S. Supreme Court will deliver its decisions regarding same-sex marriage and, as well, the healthcare law whose controversial provisions include some contraception and abortion coverage.

Before delivering any dissents or affirmations, politicians - presidential hopefuls, in particular - might do well to have their advisors study a 1965 Court decision, and the strange oral arguments made by the respondent (appellee).

Fifty years ago, seven Justices of the United States Supreme Court voted to nullify two Connecticut statutes that had perpetuated ignorance and intolerance. 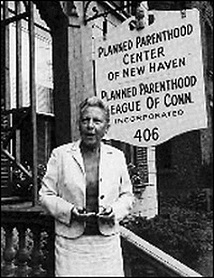 In their landmark decision in Griswold v. Connecticut (announced June 7, 1965), the Justices "aborted" prosecutions brought under a statute that criminalized the use of contraceptive devices. Another statue - an "aiding and abetting statute" - had been used to prosecute those who dared to inform and advise married couples about contraception.

My fingers did not hit the wrong keys in typing the above. Those statutes made it a crime - a crime - to aid a woman - even a married woman - who sought to manage her pregnancies, her health: her life. The statutes facilitated the arrest, prosecution, and conviction of "accessories" - those who dispensed healthcare information in response to inquiries from married couples seeking such advice.

To nullify such prosecutions (to de-criminalize such counsel and care), the Justices had to overrule a Connecticut trial court, an intermediate appellate court, and the state's highest court, all of which had bowed to parochialism and religious pressures to keep the 1879 proscriptions alive, and threatening. 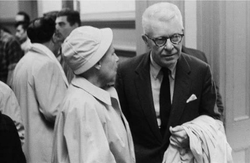 Convicted of "aiding and abetting" were Estelle Griswold, the Executive Director of the Planned Parenthood League of Connecticut and her co-defendant (and co-appellant) C. Lee Buxton, an eminent obstetrician-gynecologist and the Medical Director for the League at its center in New Haven.

In oral argument before the U. S. Supreme Court, the lawyer for the state (the appellee) justified the prosecutions and convictions as "a valid exercise of Connecticut's police power."

Seeking amplification, the Chief Justice asked, "What is the purpose of this legislation?"

The reply: "to reduce the chances of immorality.... to act as a deterrent to sexual intercourse outside the marital relationship."

The lawyer for Connecticut was given the opportunity to "walk back" or adjust his reply: The Chief Justice asked, "What is the police power purpose of Connecticut in telling married people, two people who are married to each other, that they cannot use contraceptives?"

The reply: "If Your Honor please, it's just to preserve morality.... to control the result of what we call a dissolute action, that is, fornication and adultery."

The lawyer for Connecticut went on to explain that "not all married people are immune from temptations or inclinations to extramarital indulgence.... the problem is that if contraceptives, say, are freely sold, dispensed, or otherwise used, even to married people, how can it be known that they will be used within the marital relationship? Not all people are immune from adultery."

The lawyer's reasoning seemed to be taking him to the presumption that any married person seeking contraception was doing so in order to engage in "adultery or extramarital fornication or non-marital fornication." And thus, he argued that the provider or disseminator of contraceptive devices was "aiding and abetting something which is a criminal offense."

The Justices asked whether there were health issues and concerns that should override the enforcement of the statutes.

As to pregnancy prevention, the lawyer justifying the enforcements went on to offer his own medical "evidence" regarding the "pinpointing of ovulation to one day in a cycle." He then declared that if this finding of a Boston gynecologist "works out, then contraceptives - that is, devices that are being used to prevent pregnancy - will be passé. There'll be no need, there'll just be no need."

As to the "social problem," he went on to aver that a married person seeking contraception resources was probably doing so not as birth control, but as "pregnancy control" - and thus was contemplating extramarital intercourse by reducing the risks of conception, and the fallout therefrom.

When pressed to explain why the statutes did not infringe on a married couple's right to avoid pregnancy, he declared that "married couples do not have freedom to do what they want."

Griswold v. Connecticut may not be the key factor in the U. S. Supreme Court's forthcoming rulings on marriage or abortion. Nevertheless, the Court's June 7, 1965 opinion, and its dismissals of Connecticut's parochial and prosecutorial arguments, should give some presidential aspirants cues as to postures and positions they might best terminate early term.