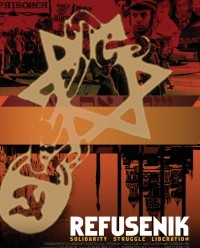 As General Secretary of the Communist Party, Mikhail Gorbachev authorized the release of thousands of Soviet Jews who wanted to leave the USSR. In 1986 only 914 Soviet Jews were allowed to emigrate; by 1990 the number was 186,815.  A group of about 11,000 who had been denied emigration visas were known as refuseniks. Natan Sharansky, a spokesperson for the refuseniks during the mid-1970s, helped draw global attention to their desire to leave and to human rights abuses in the USSR. Arrested on charges of espionage and treason, in 1978 he was sentenced to 13 years of forced labor. His wife Avital led an international campaign to free him.

Under pressure from President Ronald Reagan, Gorbachev released Sharansky on February 11, 1986. Sharanksy moved to Israel, where he founded the Yisrael BaAliyah party and later represented the Likud Party, serving as Deputy Prime Minister and Interior Minister of Israel.  He continues to be active as the Chair of the Executive of the Jewish Agency for Israel. 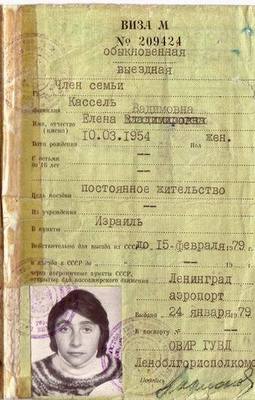 This account was compiled from interviews by ADST with Raymond Smith (2009), Minister Counselor for Political Affairs at Embassy Moscow from 1976-79, and William Woessner (1999), Principal Deputy Assistant Secretary for European Affairs in the mid-1980s. You can read the entire account on ADST.org

SMITH:  If [Soviet Jews] came to us and they already had permission to emigrate it wasn't any major problem except in the rare cases where there might be an issue of Communist Party membership. We worked out the paperwork and they exited to Vienna.

Now the problems arose for people who were refused permission to emigrate and these were who we called the "refuseniks." The Soviet government said that they had state secrets and they weren't going to allow people to emigrate who had secrets, at least until enough time passed that their secrets would no longer be classified as secret.

Of course they all insisted that they didn't have any secrets. Whether they did or not was awfully hard to judge. As one Jewish refusenik that I got to know put it, he said when he applied for permission to emigrate and he was refused on the basis of having state secrets he said well, I work in television. We're 10 years behind the Americans so what secrets could I have? And they replied to him, well that's the secret. So some of them may actually have had what the Soviet regime considered secrets. 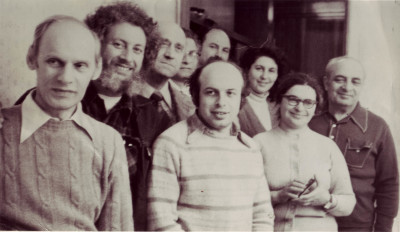 But the people who would apply to emigrate and be refused would be in the kind of situation, of having, because they applied, cut off their ties, be sort of out on the street - not literally but figuratively - and become pretty desperate to get out. Some of them would become politically active and others would not but would keep trying to get permission to emigrate.

I think a lot of Jews went through a period of being fairly well assimilated into Soviet society. I think as things developed over time, and they got the impression because of the Helsinki Accords and things like that that they might be able to leave, and particularly as they began hearing that some Jews were being allowed to leave, they began to identify themselves much more as Jews; some in a very religious sense, some more in a national sense.

Particularly as they became refuseniks, they increasingly identified themselves as Jews and as dissidents in terms of Soviet society. One of the famous Jewish refuseniks and political activists was Anatoly Sharansky, who now uses the name Natan Sharansky.

When his brother got arrested and sent to jail, he became politically active on behalf of his brother and I gave him a lot of credit for that, because he wasn't originally motivated, as his brother was, by strong religious feelings or anything like that.

What happened with these Jewish refuseniks is a whole bunch of them came to Moscow and sort of hung out in Moscow, got to know the other refuseniks and they would all gather in front of the Jewish synagogue in Moscow on Saturday afternoons to exchange information.

I had gotten to know during my year in the consular section one or two Jewish refusenik families. I got into the pattern of going down to the synagogue on Saturday afternoons and hanging out on the street in front of the synagogue with this hundred or so group of Jewish refuseniks and just walking around and chatting with people and finding out what was going on.

And it was always worth a report. Saturday afternoon I'd go back to the embassy and write a report on it, and it was the source of our information for responding to Congressional inquiries, family inquiries and that sort of thing.

But I had to be introduced personally. These couple of families introduced me all around the Jewish refusenik community and that personal introduction was their way of saying "this guy is okay." And they would also tell me who on the other side was okay and who they suspected wasn't. Everybody assumed that [KGB operators were mixing with the crowd] and people would point out people who they thought were the KGB folks there and that sort of thing. 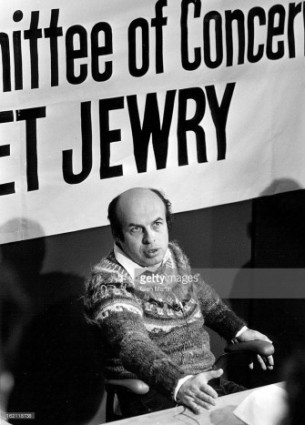 A small minority had allied themselves with the Soviet human rights movement, and became sort of politically active and pressing for liberalization of Soviet society. And those tended to get into more trouble with the law than the ones who were politically active but strictly focused on the issue of emigrating. Sharansky, for example, although he was always focused on getting out of the country also became sort of a spokesman within the refusenik community for the human rights movement generally...

The interesting thing was that the Soviet Union actually printed the full text of the Helsinki Accords as it was required to do under the terms of the accords in its major newspapers. So people had actual texts of these things and could read the actual words in this agreement the Soviet Union had signed. And they tried to push that as far as they possibly could - the human rights activists and also the refuseniks too, because right of emigration was part of the Helsinki Accords as well.

On the refuseniks, you know, they were an incredibly intelligent and gentle group of people. The human rights activists were of course totally non-violent. If you had started advocating violent stuff you would have disappeared very quickly. They had a much smaller community, they were more harassed by the regime and they just had a tougher time of it. They would have a much greater chance of being arrested, being sent out to prison or to exile under difficult conditions. And generally speaking, in terms of dealing with us American diplomats, the Soviet government was less concerned with our dealings with the refusenik community than with the human rights activists who were actually about trying to change Soviet society.

The people who became really active basically had a slogan: You're either going to go East or you're going to go West. And the Soviet government at that time had a policy of handling dissidents that became too annoying, one of two ways. They'd arrest them and send them to prison or into exile in Siberia, which meant going east, or they would just kick them out of the country, which meant going west. And any Jewish refusenik friends would be more than delighted to take the "going West" alternative but you never knew whether you were going to get the going East or the going West.

And I never found, in observing this, any particular pattern to it that was discernable to me. They almost seemed to choose to do it randomly, almost as if they were not going to let people get the notion that by getting involved in these activities they were going to get a ticket to the West.

WOESSNER: One thing where I did make a difference was on Natan Sharansky, the Soviet dissident who had been imprisoned. One of the jobs that fell to the Principal DAS [Deputy Assistant Secretary] was to head up the committee of agencies with an interest in the exchange of spies. State played a coordinating role, but of course, the people with the biggest interest were CIA and the Justice Department. 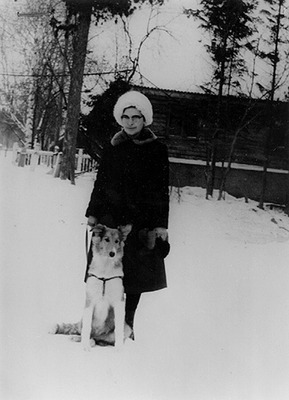 It's entirely possible you could go a whole year and nothing would ever come up. But Tom [Niles, his predecessor] said to me, "This is one you've got to watch carefully. I can tell you now, whatever you're able to negotiate by definition will be unsatisfactory to CIA." "Because there is a mentality that says that if the Soviets are willing to accept it, you didn't ask for enough. Somehow you've been duped."

That's true. I've run into that kind of a mindset. What you had here were certain assets languishing in prisons at various places. Then you'd try to sweep them all up in an exchange. There was an interest in the White House in getting Natan Sharansky out. The short answer is no, he was not [a spy]. The KGB had become convinced that he was a spy. This was based on either erroneous information or information that they had misinterpreted. But the CIA went as far as I've ever known them to go to disclaim somebody. Usually, it's "We have no comment" as a matter of policy. It's a wise policy. But on this one...

There were a couple "assets" that would be released from East German prisons, but the big thing was Sharansky. We broke up after reaching agreement that if the Justice Department would chop on this - they had to make the judgment as to whether the case against these people was viable - then it was a go.

Amazingly, the next day I got a telephone call from Justice saying, "It's okay with us." Several more days passed. I got a phone call from my friend at CIA saying, "About this deal with Sharansky, we want to add some names."

I said, "We said if Justice agreed, we'd go ahead and the White House is pleased, so we're going to go ahead and send the word out." 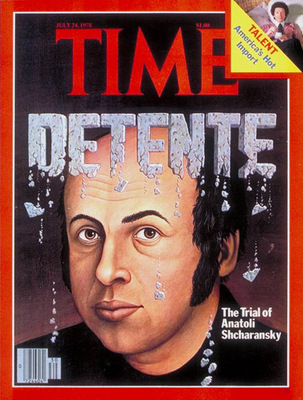 The next thing I know, one of the big shots from CIA came to call on George Shultz and just tore me limb from limb - so I'm told - that I had exceeded my authority and what I had done was very bad. Shultz just brushed him off.

So, Sharansky saw the light of day. The exchange was at the Glienicker Brücke [Glienicke Bridge] between Potsdam and [West] Berlin (seen right). He went into seclusion for several years, shunned the public eye. Then quite a while afterwards he came into Israeli politics and was, I believe, in Netanyahu's government.

I said to Rick afterwards, "You can wake me up any morning with that kind of news."