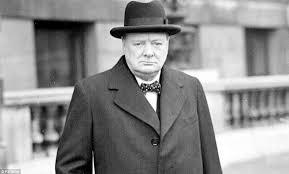 Where is Winston Churchill when you need him? Or today's leaders like him?

Someone who not only has the courage to make the right decisions but who can also inspire others to follow in times of crisis.

Churchill is in the pantheon of the greats because once he adopted a vision, he sold it with passion, regardless of criticism or adversity. And he put the interests of his country before his own. It's a noble characteristic that seems in short supply today.

A recent survey by the World Economic Forum found that 86 per cent of respondents believe we are suffering a global leadership crisis. Most of us don't need to rely on a survey to know this is true, we can just feel it. Failure of leadership runs the spectrum, from national politics to the economy, and of course international conflicts. The world is in crisis mode and there are few effective leaders to be seen.

Nowhere is this crisis of leadership more evident than with the current refugee crisis. Put simply, it should have never become a crisis in the first place. It has been a complete leadership failure from the beginning, starting from the West's failure to foresee the mass exodus of civilians once the Syrian conflict began. 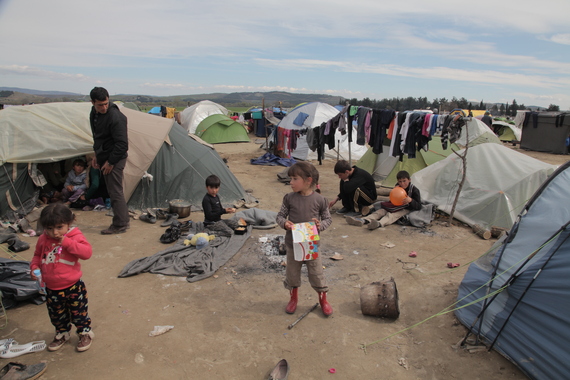 For the West, it was easy to ignore -- in the beginning -- because frontline states of Jordan, Lebanon and Turkey absorbed the massive first wave. But then, as the conflict dragged on, these frontline states began bursting at the seams. It was at this point, that refugees, in desperation began to look to Europe as their only hope for a future.

For much of the 20th Century Western Europe and the United States have stood as examples of the virtues of democracy, universal human rights, and humanitarianism, but they have turned their backs on those principles for which they stood.

Europe buried its head in the sand. It hoped that if it ignored the massive human trafficking into Greece and didn't create an adequately funded formal settlement and relief process, it would not create a welcome mat. Europe's leaders believed this approach would act as a deterrent to refugees making the journey.

They were wrong. They failed to understand the depth of the desperation of the refugees, an incomprehensible myopia when they knew thousands of people, including children, were drowning in their attempt to find sanctuary.

Germany, to its credit, initially tried to do the right thing but couldn't get the rest of Europe on side. Now it has succumbed to the loudest xenophobe countries and closed its borders, exporting the problem to Turkey with a deal that not only contravened all humanitarian rights of refugees, but also turned out be impossible to implement.

It was shameful and certainly doesn't bode well for the moral authority of the West.

It's important to try and determine why this happened. It's not that leaders in Europe and the US are heartless, who don't care nor recognize the humanitarian, legal and economic reasons for protecting refugees. Leaders behave this way because they are catering to public opinion, which in turn is often clouded by exaggerated media reports and the hysterics of a minority of fear mongers.

The fact is that there are workable solutions to this refugee crisis. Some very intelligent people have been providing such solutions. But there are no leaders with enough courage to even listen.

Instead we have countless conferences, proclamations and calls to action that are more talk than substance. It's ironic that there seems to be almost no debate when a decision is made to spend billions on a bombing campaign, but endless debate on spending the basic humanitarian funding that's needed to care for the victims those conflicts create.

Two proposals I have seen recently go a long way to demonstrate the leadership needed to deal with this refugee crisis. Both not only deal with the proper settlement of hundreds of thousands of refugees in Europe and the US, but just as importantly, send the right message to the rest of the world: All that talk of western values we have been exporting for 70 years, is not just empty rhetoric, it something we will act on.

The first proposal Europe: A Better Plan for Refugees, is presented by George Soros Open Society Foundations, to deal with the European aspect of the refugee crisis. Mr. Soros proposes surge funding, taking advantage of the EU's AAA rating to provide long-term development funding to the frontline states of Turkey, Jordan and Lebanon. This plan would also provide for the resettlement of 350,000 to 400,000 refugees into Europe. This plan makes a lot of sense but needs the approval of over 50% of the EU member states.

The second proposal The United States and the Syrian Refugee Crisis: A Plan of Action - comes from a collaboration between students and Michael Ignatieff, formerly Harvard Kennedy School Shorenstein Centre and now newly appointed President and Rector of Central European University in Budapest. This paper suggests that the United States should allow for 65,000 Syrian refugees (half of what the UNHCR has recommended are in need of resettlement) who are pre-screened and vetted before entering the country. This operation will follow the example of Operation Provide Refuge in 1999, when over 4,000 Kosovar refugees were brought into the United States, screened and resettled within one month. Today's refugees would first be settled at Fort Dix for further screening and over time be settled throughout the United States. This plan would go a long way to sending the right message to the rest of the world.

Both these proposals are grounded in common sense. But they need to be accepted by a modern-day Churchill, a leader -- or leaders --with the courage and conviction that seems in short supply.

Europe is reeling from the Paris and Brussels attacks and the hardline position being taken by several Eastern European countries. In the US, President Obama must deal with the pushback of public opinion in the aftermath of the San Bernardino attacks, not to mention the xenophobic rhetoric from certain republican presidential candidates and 31 state governors.

Now, I appreciate that most politicians crumble in the face of adverse public opinion. When is the last time a politician sacrificed his re-election chances just to be on the right side of history?

Yet President Obama has an opportunity to do the right thing. As a lame-duck president in his final term he is in the perfect position to just do the right thing. He has a perfect opportunity to send the right message to the rest of the world. If Canada, at one tenth of the population of the US, can take 25,000 Syrian refugees, the 65,000 proposed by Ignatieff should be simple enough. It would be an important value statement from America's first African American President and a powerful message to Islamic extremists. Picture Obama at Fort Dix welcoming these refugees to their new home, much like Prime Minister Justin Trudeau did in Canada.

Don't let the recent lull in the flow of Syrian refugees fool you. The refugee crisis is far from over. And it will challenge the western values we hold dear.

Courage and conviction that rises above polls and politics is what separates a leader from a mere politician. The refugee crisis will test whether we have the leaders -- our modern-day Churchills -- who will seize the opportunity to do the right thing.