Discovered only in 1992 by wildlife biologists, saolas are antelope-like bovine creatures who live in the forests on the border of Laos and Vietnam. They are elusive and rarely seen, even by local villagers, and cannot, apparently, survive in captivity--not a single saola exists in any zoo in the world.
Since their discovery, the number of saolas has dropped sharply because of poaching--not because saolas are themselves desirable, but because other animals in their habitat are illegally hunted for the traditional Chinese medicine trade, and the saolas are caught are caught in their snares.
Conservation biologist Bill Robichaud directs the Saola Working Group and is one of the world's few saola specialists. He estimates that only a few dozen of these animals remain, and strong measures must be taken now to save them from extinction, which could happen in the next five to ten years.
Listen to an interview with Bill Robichaud on the Santa Fe Radio Cafe. 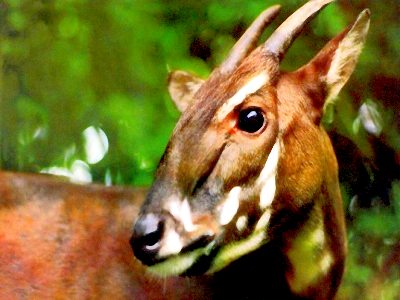 Mary-Charlotte Domandi
Producer and host of the Radio Café http://radiocafe.org