Every four years, an international stage is set; a showcase of national bravado, superstar gusto and dramatic coda. Out of all the sports played in the world, there's only one called "the beautiful game" by millions of people.

There's good reason for it, too. Watching the likes of Messi or Ronaldo dash between the field is like seeing an artist with his paintbrush. The field is a canvas for untold drama, every game unique and untold.

For millions watching, though, the real drama takes place off the field. Soccer serves as an escape for the harsh realities at home. There have been some notable sporting events that have relieved the pressure of conflict throughout history; difficult situations that sometimes served as inspiration for the players. 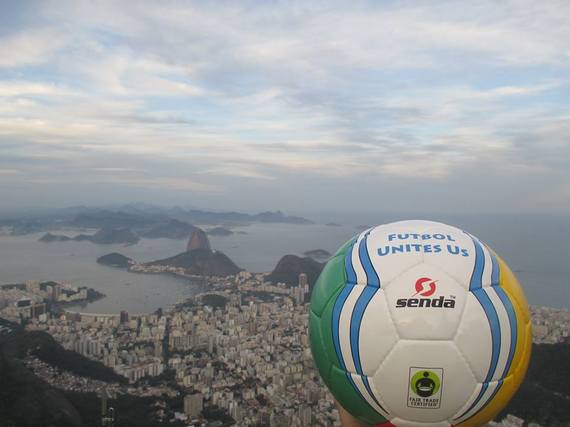 In 2006, the Ivory Coast was in the middle of civil war. Their soccer team had just qualified for the World Cup, and, in the locker room, a desperate Didier Drogba dropped to his knees, pleading for a cease-fire. "It was just something I did instinctively," he explained. "All the players hated what was happening to our country and reaching the World Cup was the perfect emotional wave on which to ride." After five years of fighting, his voice was heard; the rebels laid down their arms and Ivory Coast played a qualifier in Bouake, a rebel stronghold. Despite his efforts being mostly legend, Didier deserves credit. There is no doubt that he, at the very least, inspired a country with his plea and his performance.

The Japanese Women's National Team also inspired a country after their showing in the 2011 Women's World Cup. Months before the team took the field, northern Japan was struck by a devastating tsunami that killed more than 15,000 people, a tragedy that has lingering effects to this day.

According to the New York Times, Japanese coach, Norio Sasaki, grimly showed his team footage of the disaster. "They touched us deep in our souls," midfielder Aya Miyama told reporters. But the strategy sparked the team, "they're playing with more fire and bite," said Tony DiCicco, who coached the United States to the 1999 World Cup title. "Four yellow cards in one match? That's usually two World Cups' worth for Japan." 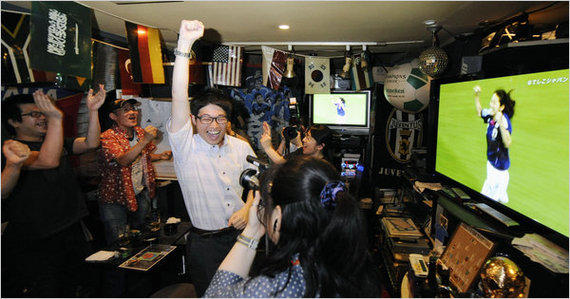 It was 5 a.m. in Tokyo, but fans rejoiced as Japan reached the final of the Women's World Cup. Photo: Kyodo News, Associated Press

In turn, the women sparked an entire nation. "We are still recovering from the disaster. There were so many victims in the area which was devastated. Even little things like a win can give people courage and hope," said Sasaki. Japanese fan Daichi Miura agreed, saying, before the semi-finals, that another victory "will cheer up the whole country," outlining the type of impact the game can have. In the end, the already talented Japanese team took the motivation all the way to World Cup victory over the heavily favored United States.

These are the types of stories that Senda Athletics loves to talk about. We would much rather be spending our time talking about the incredible things the World Cup can do for a country rather than what it takes away. Unfortunately, there are still very harsh realities confronting recent World Cup host nations.

The emotional impact has been well recorded as being highly positive, however, the economic impact is the opposite: "While optimistic forecasters look forward to the predicted US $3 billion economic bounce in Brazil, critics point out that hosting the tournament is actually costing the country US $11.5 billion."

There are also other factors that come with hosting a World Cup that may be harder to measure. It is said that at least one worker per day dies in Qatar in preparation of the World Cup, not to mention all the allegations of slavery and poor working conditions.

Even the assumed economic benefits of the event have been at best disappointing. With so much controversy surrounding the impact on host countries, you would think that big businesses would take some kind of moral stand against FIFA and its abuse of people. 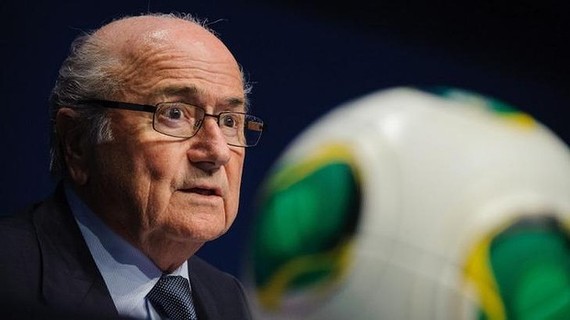 Because of the alleged corruption, big companies have called for FIFA to deal with bribery more seriously. However, Sony, Coca-Cola or Visa have not made any attempt to pull out of sponsoring the event. So while these companies continually claim to be a force for good, puffing their chests out and using strong language won't get anything done. It takes more courageous action to make a difference.

Talk is cheap but workers' lives shouldn't be.

Still, there is hope that things can change for the better, albeit slowly. There are organizations leveraging a large scale events like the World Cup to create a legacy of social change. These organizations are impacting the lives of underprivileged individuals by mixing soccer, youth seminars, and fun activities to find and empower the leaders of tomorrow. Street Football World is creating international networks to empower disadvantaged people, Street Child World Cup gives hope and optimism to displaced children, Love.Futbol uses the power of community to bring soccer pitches anywhere. It's easy to see how the power of the game stands alone.

The 2014 World Cup was a spectacular event, in part because of the way Brazilian citizens made their voices heard by flooding the streets with marches and political art and graffiti. If it can be strongly argued that the country was bled dry, Brazil still showcased what makes the event so special: even a mostly empty cup can seem half full.

Maybe that's why they call it 'the beautiful game'.