My family -- which is composed of two dads and one daughter -- discussed the passage of Indiana's SB101 Religious Freedom Restoration Act at the supper table. A lot of folks (including these two dads) see this law as having been passed explicitly to allow people not to do business with families like ours. Our daughter was mad at first and then very, very glad we do not live in Indiana. (Sadly, other families do.)

We don't hide from her that some people disapprove of families like ours, and some actively hate us. But in our home, town, state and region, she is surrounded by overwhelming evidence of the opposite as well, a pretty safe base from which to talk about these things. With our discussion fresh in mind, I thought other parents might appreciate simple language for summing up this bill and what it actually means.

For parents with older kids who have patience for a longer discussion, start with this basic description that walks you through the both sides' claims: Indiana's Religious Freedom Restoration Act is a bill supporters say is designed to prevent certain people of religious faith from having to compromise that faith, but opponents note that it was drafted in this case specifically by gay-marriage opponents to allow them the right to deny LGBT people equal access to goods and services.

Let's start with its title. The word "restoration" means to get back something taken away and in this case, that means the "freedom" of "religious" people. There are lots of religious people in the world, but this law was designed by (and mostly for) Christians, as some of its lead supporters make clear. Let's be fair: not all Christians wanted this law, just ones who don't think LGBT people should have the same rights as they do. (And I don't want to offer these folks a primer on Christianity, but the single class of people Jesus himself ever refused to do business with were people making money in a house of worship.)

The "freedom" these particular Christians say they lost was the freedom to not do business with members of the LBGT community, especially those of us who marry. Because we can get married in a lot of places these days, these people needed a law saying they don't have to bake cakes for us or take our photos. Granted, there weren't a lot (or any) Indianans being imprisoned for holding cakes hostage, but this law means that none will be now for sure.

The governor says the law actually has nothing to do with gay people, because the words "gay and lesbian" don't appear in the law, despite the bill's existence as a response to gay marriage. If those words had appeared in the law, that would make the law look mean instead of fair. And looking fair is the most important thing.

The governor also says the law is exactly like all the other religious freedom laws that have been passed. He must know that this is not true, unless he can't actually read English (which seems like a surprising attribute for a governor, but then again, it must also apply to all the people who claim to have compared the laws).

Yes, all the similar laws contain a version of the notion that the government can't force a person to act against his or her faith unless the government is able to prove that exempting them would cause harm to the state. However, this Indiana law is broader than most, extending the notion to companies, societies or loose groups of people who all believe the same thing. But the big difference in wording is the Indiana law also says this person or society or group can refuse to do something even if the government isn't involved. That combination of ingredients makes this the unicorn of Religious Freedom acts -- you've never seen one before and you have to actually see this one to believe it.

What the previous laws are supposed to mean is that if the government is forcing citizens into behaviors that go against their faith, those people may challenge that burden in court and let the courts decide if the state's actions are fair or not. What the Indiana law allows, instead, is for anyone who claims religious faith (whether or not this faith is even a tenet of their religion) to refuse to provide whatever services they wish to anyone they disapprove of, and then trust that, if it ever goes to court, their state's uniquely broad bill will protect them. But that's the long-range view.

The short view -- the immediate application -- is that, without proving any burden or hardship or even demonstrable faith, people now get to turn away people like us and families like mine, just as they've wanted to all along. They get to have their "no straight, no god, no service" moment and crow (or perhaps I should say, Jim Crow) about how the law is on their side.

The explanation I just provided is best for older kids, but I'm happy to boil it down for families with younger kids who have more limited attention spans. In fact, what happened in Indiana can be described in a tight dozen words: A few Christians made a prejudiced law and their governor pretended they didn't.

The good news for my daughter is that the outcry, from within the state and without, from other religious people to politicians and beyond, to employers and athletes and celebrities, has been loud and clear. It will follow everyone involved for years. For this much your kids already know: Nobody likes a bully or a liar. 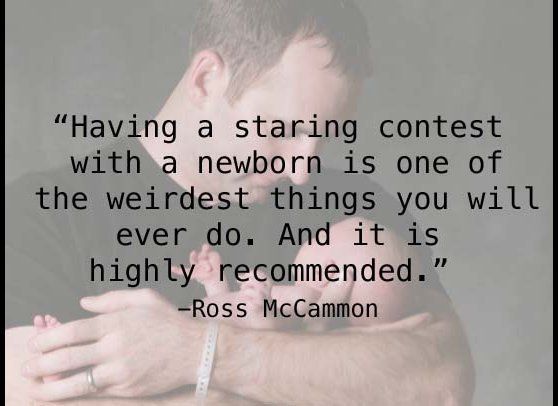