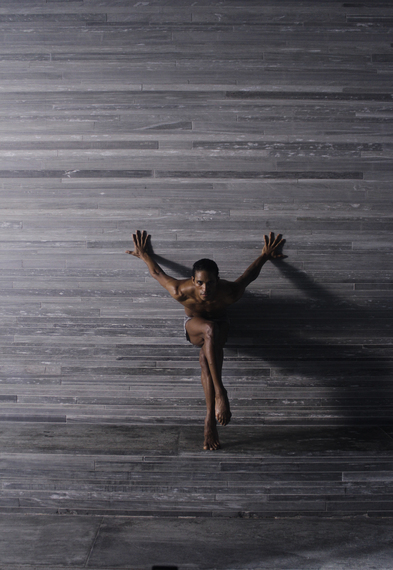 Like a World Series hitter, a dance critic today must be prepared not only for the customary fastballs and curveballs, but also the dreaded change-up. Ballet to the People is used to fielding a range of reactions to her dance reviews, from adulation to incredulity and condemnation, but yesterday, for the first time, a reader asked her advice on dating.

Where should he take a date who may not know much about dance? This ballet aficionado inquired.

Ballet to the People thinks she can hit this one out of the ballpark, with an assist from the San Francisco Dance Film Festival. Starting Sunday, November 2, and running through Sunday, November 9, the SFDFF offers the ideal introduction to dance, while also serving up a bonanza for discriminating dance buffs.

Many Bay Area luminaries in the fields of dance and film will be in attendance throughout the week -- particularly at Sunday's opening night festivities ("Clips and Conversation"), during which excerpts from legendary filmmaker Frederick Wiseman's documentaries on ballet and boxing will be aired, followed by a dialogue between Wiseman and choreographer Alonzo King about the unique relationship between film and dance. Even if you've already seen Wiseman's Ballet (1995), La Danse (2009), Crazy Horse (2011) and Boxing Gym (2010), the highlighting and juxtaposition of boxers along with dancers from American Ballet Theatre, the Paris Opera Ballet and the Parisian nude revue, Crazy Horse, in this distillation promises to be revelatory.

This year's festival entries reflect the increasing sophistication of film and editing techniques. "We're starting to see more advanced use of effects, which were previously rare in this low-budget genre," notes Festival Founder and Artistic Director Greta Schoenberg. "Bodies cracking apart, dancing headless or legless, time being slowed to a near standstill or racing to mind-blowing speeds; all of these are possible using new, or newly accessible, technology to enhance and deepen the choreographic layers."

The majority of films are short, with most entries under 10 minutes. In four days this gives audiences exposure to an enormous range of dance styles, of musical scores, of story-telling, of live dance documentation, and also some fascinating behind-the-scenes glimpses of the blood, sweat and tears of dance making.

Over 30 filmmakers are flying in from Europe, Australia, and across North America to join a dozen local filmmakers who all have films being screened this year. Schoenberg noted with pleasure the entries from new countries this year that include Romania and Brazil. 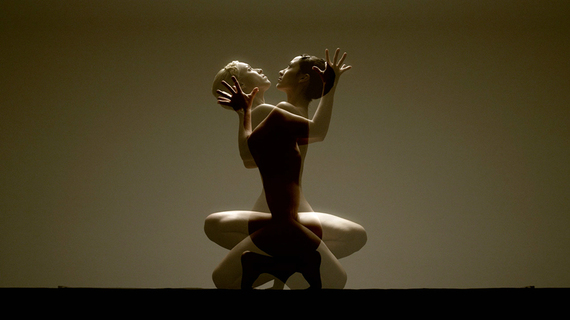 Thursday night's array of shorts include the minimalist, gravity-defying ME -Story of a Performance, a Finnish, Japanese and Estonian collaboration set in a chic wintry landscape of the imagination. Also on offer is the human body detailed in an extreme slow motion Samba. Paranoia, induced by ubiquitous surveillance cameras, incites four hunky factory workers to rumble in Rules of the Game. An alternately whimsical and terrifying duet takes place in Off Ground, between a 53-year-old woman, danced by acclaimed Canadian dancer Louise Lecavalier, who fights to stay alive, and her 12-year-old son, danced with great aplomb by Antoine Masson. This film from the Netherlands boasts sensational visual effects, topped off by a chilling soundscape by composer Alex Simu and sound designer Mark Glynne.

Earlier on Friday night, four brief films that tell four unusual love stories lead in to Glove Story, a funny and thought-provoking collage of riffs on the infringement of personal space, by Israeli director Oren Shkedy and choreographer Dana Ruttenberg. Intimacy repeatedly goes awry in this opus, set to a wide-ranging score that includes a Liszt Hungarian Rhapsody, Fauré's Requiem, a plaintive cover of Randy Newman's anti-hymn "I Think It's Going to Rain Today" by Ayelet Robinson, and a chirpy television interview of New York Times reporter Michael Grynbaum on matters of etiquette. The political hovers like a shadow, from the comic opening scene of an aspiring museum visitor being manhandled by a security officer against the backdrop of the formidable, swirling concrete and steel structure of the Design Museum Holon just outside Tel Aviv. Surely one of the more arresting duets in dance film history takes place in Glove Story: a couple, in evening wear, embrace in a slow dance in the rain, gasping and choking as the water pours down their faces. As the camera pulls back, we realize they are dancing in a tiny shower stall.

Present at Saturday night's exhilarating feature documentary, The Man Behind the Throne, will be the man behind the throne himself -- Vincent Paterson, choreographer to Michael Jackson, Madonna and Björk, and the creator of Cirque du Soleil's Elvis tribute -- and the film's director Kersti Grunditz from Sweden. Both established and aspiring choreographers will want to see this film, both for the stunning rehearsal and performance footage, and for the message that artistic success comes not simply from inspiration or flashes of genius, but also from discipline, attention to the tiniest of details, and sheer hard work. 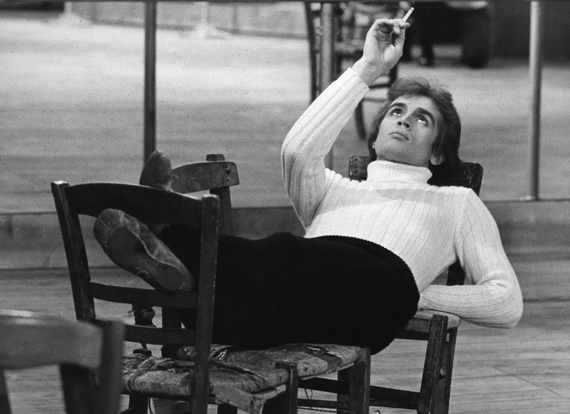 Rudolf Nureyev devotees will be out in full force on Sunday when La Passion Nureev airs. This film tribute includes rare clips of Nureyev's early performances, many of them previously unseen.

Closing the festival on Sunday will be a presentation of three Co-Laboratory films -- an experiment that is in its second year, that pairs filmmakers with choreographers and gives them one week to work together to make a film. This year the pressure is on three Co-Laborator pairs -- Cheryl Dunye and Jocquese Whitfield, Morgan Wise and Robert Moses, RJ Muna and Julia Adam -- who were spirited off to Bolinas and other top-secret locations to commune with nature, their dancers and their cameras.

Ballet to the People was curious to find out how Wise in particular, never having even seen a dance film before last year's Festival, was coping with the challenge:

Our team had two days to shoot on location in Bolinas, a remote Northern California town of rolling hills, curvy country roads, and saltwater lagoons. It was a wonderful creative challenge because we were forced to work within the physical spaces we had--a dry field of grass, a long stairwell--and let those spaces inspire our dance choreography and our narrative.

My partner on the shoot, the choreographer Robert Moses, challenged me to think in terms of emotional physical movement--and I, in turn, challenged him to think in terms of an accessible narrative. We collaborated as equals, as twin brothers, trying to figure out the best physical movements and shots that would complement the different approaches we take to our art. It wasn't easy, but that's what made it special.

I can remember in the last hour of our last day of shooting, we were upstairs with our dancers in a stifling studio bedroom--trying to figure out an interesting way to end the day, and conclude the piece. We looked over at some pillows on a bed. Robert said, "Let's have them get into a pillow fight." I said, "Let's shoot it slow motion." We did both.
- Filmmaker Morgan Wise

My work has always had a gestural component, which I think lends itself to getting in close with a camera. The detail of hands and arms became a motif for the intimacy between this man and woman. It was compelling to develop that for the sake of the film, then placing it in these beautiful exterior locations offered us the opportunity to tell a different kind of story than is possible in live performance. The movement became more prismatic. It was quite rewarding to see.
- Choreographer Robert Moses

Ballet to the People, having sneaked a peek at the Wise-Moses collaboration while it was still in post-production, can report that their AM/FM is fun, sexy and poetic - proof that a team can create, rehearse, mount and shoot in less than three days, with eloquent results. She can't wait to see what the other two teams have invented in this creative playground. 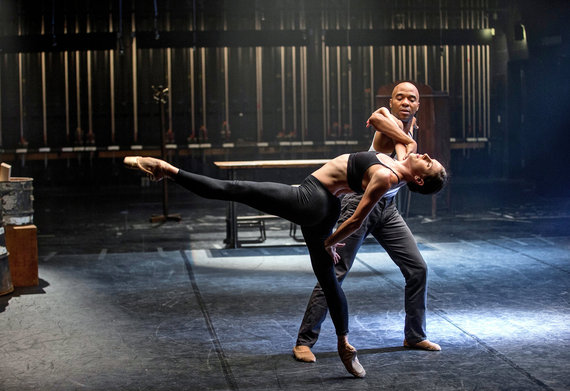 Ballet to the People trusts that her inquiring reader will find something in this line-up to mesmerize his date and turn her into a lifelong fan of dance.