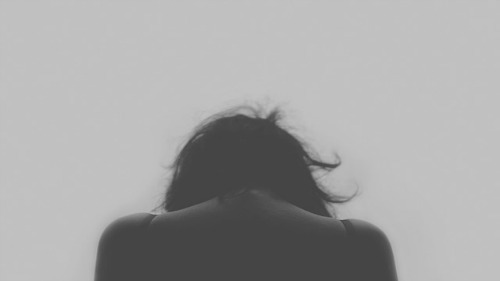 I grew up in a small town in northern New Hampshire nestled between ski resorts. A town that I vowed, I never wanted to end up living in again.

In fact, I used to say the only way I would ever move back there would be if one of my parents became ill.

I received a call from my father just weeks before Christmas in 2010, while I was travelling overseas, that his doctors had discovered he had colon cancer, and they would be operating on him in two weeks.

Not long after I was on a plane heading back home.

Although we were all optimistic about my father's diagnosis, it was sadly only ten months after his terminal diagnosis that my dad passed away, on October 27, 2011, at the age of 60.

As I was living with my parents for the duration of my dad's illness, I was there for all of the chemotherapy treatments, progress reports, and watching the rapid firsthand deterioration of my father's health. My initial feelings, after his passing, were that of a bittersweet nature. I felt guilty about feeling that sense of relief, but I decided that the only alternative would have been to continue to watch him suffer, and I certainly did not want that.

In the weeks following my father's passing, my family and I planned a big "life celebration" service, followed by a somber Thanksgiving and Christmas, which are still both a blur looking back. After the holiday decorations had been taken down, I decided I needed to stay in town for a while and help my mother. As you can imagine, this was a terrible time for her.

So I stayed in my hometown -- in my childhood bedroom -- for nearly four years.

Over those years, I grew a lot as a person. I focused on keeping myself heading in a positive direction. I held a steady job. I became closer to my mother. I dedicated myself to being a healthier person. I even got married to an incredible man. I learned a lot about myself and thought I that I was dealing with the loss of my father. I reflected on the void left in my life by my dad passing away. I despised automated emails reminding me of Father's Day each June. I felt an emptiness on my wedding day because my dad wasn't there to give me away.

As far as I was concerned, everything I was doing was helping me work through my grief.

When I received my spouse visa to live with my husband in Scotland, I knew that I was entering an exciting, but also somewhat terrifying territory. I had just spent several years in a metaphorical safety blanket. I had lost my father, but I had also been living in a home filled with his memory and a community filled with people who knew and loved him as well. I didn't know how much my move was about to trigger the underlying feelings of loss that I thought I had been managing for nearly four years.

I was okay for the first couple of months after my big move. I was happy to finally be living with my husband. However, in July, during a visit to my new doctor, I was asked why I had moved to Glasgow. A seemingly harmless question, however, as soon as I started to talk a bit about my timeline -- my father's death and my relationship with my husband - I huge wave of emotion came over me and I began to cry. When the doctor asked me why I was crying, I couldn't answer her right away.

I don't know what happened that afternoon in the doctor's office for sure, but over the next several weeks, I started having dreams about my father. Some nights I would even wake up sobbing hysterically without knowing why. I suddenly found myself forced to get ready to meet clients or just to deal with the realities of daily life. Here I was, a newlywed with an incredible husband in a new country, and I'm waking up feeling awful. Something inside of me felt numb, and I was struggling to fight that feeling.

By the time this past October came along, I was in the most emotionally consuming time I had experienced since the weeks before my father's passing. The days had suddenly become colder, shorter, and darker. I kept getting up and doing what I needed to, but it was hard to act enthusiastic or happy about it. It's hard to appear genuinely upbeat when you feel like, at any moment, you could burst into tears.

I started to research my feelings online, and it was then when I discovered that what I was struggling with was something called delayed grief response.

What I learned was, when we experience loss, there is a necessity for us to recognize the pain of that loss and reflect on how that loss is impacting our lives. There's a quote, by Anne Roiphe that I've become very fond of, "Grief is in two parts. The first is the loss. The second is the remaking of life."

In my case, the changes in my life (getting married and moving overseas) pushed me away from the life that I had been "remaking" for myself back home. A life where I just kept running and worrying about protecting my family from falling apart. .

This past October turned out to be my catharsis -- allowing myself to have time to feel emotional and understand that I was feeling the things that I had needed to feel for years - made all the difference for me.

Letting the grieving process unfold is the only way to begin the healing process and the "remaking" of the life that goes on after loss.

More:
healthy livingdeath of a parentcommon grieflossdeath and dying
Newsletter Sign Up
The essential guide to taking care of your mind and body
Subscribe to HuffPost’s wellness email
Successfully Subscribed!
Wellness delivered to your inbox