Seventy years after the liberation of Auschwitz, we are at a transitional moment. For the past 70 years, the survivors of the Holocaust kept the memory of what had been done to them, to their families, and to European Jewry at the forefront of their society's consciousness. Sadly but inevitably, they are now fading from the scene. The critical question, therefore, is how their absence will change the nature of Holocaust remembrance. 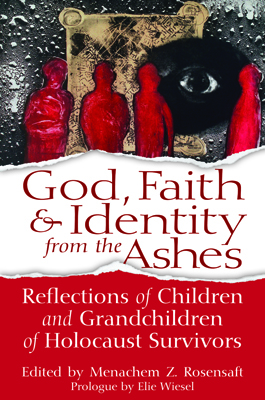 Historian Lucy Dawidowicz once described my father, who had survived the Auschwitz-Birkenau death camp, months of torture in the notorious Block 11 at Auschwitz, the cavernous underground tunnels of the Dora-Mittelbau concentration camp where Wernher von Braun's V-2 rockets were manufactured, and Bergen-Belsen as "our Ancient Mariner, who passes, 'like night, from land to land,' with 'strange power of speech' to tell his tale to whomsoever will listen."

And so it was for many of the survivors, each haunted by, at times obsessed with, his or her own memories. Some were able to impart them to others. Many were unable to translate them into words. And when they did speak, they lit a fire within us who were privileged to listen to and learn from them.

But now, they have entrusted the principal responsibility for preserving and perpetuating their memories to their children and grandchildren as a hallowed inheritance that we in turn must transmit to our and future generations, Jews and non-Jews alike, not with their fervor and intensity but with our own.

My mother died hours after the end of Rosh Hashanah - the Jewish New Year - in 1997. In my introduction to God, Faith & Identity from the Ashes: Reflections of Children and Grandchildren of Holocaust Survivors, the newly published book I had the privilege of compiling and editing for Jewish Lights Publishing, I describe how six months later, I took our daughter, Jodi, then a college sophomore, to Poland for the first time. She and my mother had been very close and had spent a great deal of time together as Jodi was growing up. We went to Warsaw and Krakow, and then to Auschwitz. It was a grey day, with a constant drizzle. I showed Jodi Block 11 at Auschwitz, the death block where my father was tortured for months, and then we went to Birkenau, also known as Auschwitz II, where the gas chambers were located and where my mother had spent 15 months.

We walked in silence past the decaying wooden barracks. After 15 or 20 minutes, Jodi turned to me and said, "You know, it looks exactly the way Dassah [which is what she called my mother, Hadassah] described it." In that moment, I realized that a transfer of memory had taken place. My daughter, born 33 years after the Holocaust, had recognized Birkenau through my mother's eyes, through my mother's memories which Jodi had absorbed into her consciousness.

Many children and grandchildren of Holocaust survivors have experienced this type of epiphany. For Tablet Magazine senior editor Stephanie Butnick, it came on a visit to what had been the concentration and Displaced Persons camps of Bergen-Belsen where "I learned about my grandparents from the friends they had made at the DP camp, who would become lifelong friends after they all immigrated to the United States. I heard stories--and saw archival photographs--of a theater troupe my grandparents were a part of, and I ate meals in the same dining hall they would have eaten in after liberation. Here, in this strange, unsettling place, I felt closer to them than I ever had."

Psychologist Dr. Eva Fogelman remembers sitting with her father on Cape Cod when he told her that the rose hip bushes beside them reminded him of the berries he had eaten as a partisan in the forests of Belarus. Aviva Tal, who teaches Yiddish literature at Bar Ilan University in Israel, recounts a story her mother once told her of how she and a group of other women inmates at the Ravensbrück concentration camp laughed while being forced to carry heavy loads of coal when one of them began to sing, in Yiddish, "I thank you Gottenyu, dear God, that I am a Jew."

When psychologist Dr. David Senesh was a prisoner of war during the 1973 Yom Kippur War, he thought of his aunt, the legendary poet Hannah Szenes, who had been captured, tortured and executed in wartime Budapest. "In October of 1973," he recalls, "I felt myself, like Hannah, to be in the midst of a deadly vortex. There was no way of knowing who would survive that dreadful Yom Kippur and who would perish, who would die by water and who by fire, who by bullet and who by a shrapnel, who by a wound and who by imprisonment."

Former New York Times reporter Joseph Berger remembers his father telling him at the Western Wall in Jerusalem that he was angry at God for taking away his sisters. And yet, Berger writes, "when I think about that conversation now, what stands out is not his anger but that he still maintained his relationship with God, like a child fleetingly furious at a parent but knowing the bond will never be broken." In contrast, Princeton bioethics professor Peter Singer recalls that his grandmother told her family in Melbourne, Australia, that, "If God takes such a good man as my husband, I'm not going to follow his laws."

These and other defining memories and narratives are the sparks behind the essays in God, Faith & Identity from the Ashes. Each of the contributors to this book received a unique legacy, and each put into words how this legacy has shaped his or her life, thoughts, mindset and career.

In the course of editing the book, I realized that despite their authors' starkly different perspectives, they had one wholly unexpected common characteristic: an almost unfailing optimism. What seems to me to unite the diverse contributors - regardless of religious or political orientation - is a conviction that the legacy of memory we have received from our parents or grandparents is a source of strength rather than despondency, and a determination to apply that legacy in constructive, forward-looking ways that might inspire not just Jews but all human beings, especially those whose families have been the victims of genocide, crimes against humanity, or other dire catastrophes.

The resilience of the survivors upon emerging from the Nazi death camps and other sites of persecution and oppression and their ability to not just rebuild their lives but teach their children and grandchildren by example to continue to have faith in humankind is evidence, to me at least, that a dawn follows even the darkest of nights.

Menachem Z. Rosensaft is General Counsel of the World Jewish Congress and teaches about the law of genocide and war crimes trials at the law schools of Columbia and Cornell Universities. This essay first appeared as a part of Jewish Book Council's Visiting Scribe series.