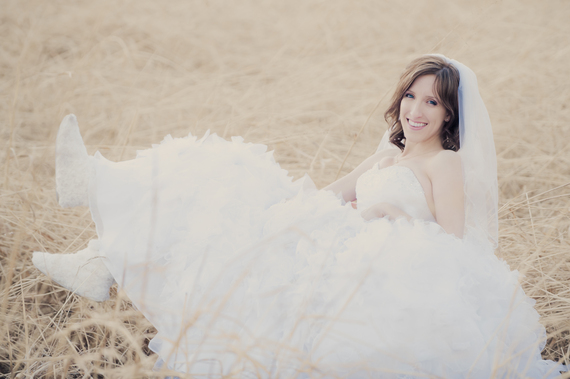 I must admit, I was not a believer in white privilege for a very long time. I thought that it was something invented to make African Americans feel victimized and deserving of special treatment. It's taken me a while to finally open my eyes and admit to how stupid of a view that was.

This concept of white privilege started hitting me in a different way when I started realizing how ridiculous it is that I have never been pulled over by a police officer. I am 25 years old and have never been stopped by a cop. Is this because I am a perfect driver and drive a mom polished mini van? No. I actually have sped more often than not, broken every traffic law in the book, and I drive a car that is less than classy. Way less than classy.

And I've done all of these things while driving next to a cop. But this blue-eyed white girl has never even been noticed by them.

As ridiculous as this may sound, I tested out my theory a few times when I walked by a police officer at the store. I purposefully tried to "look suspicious," like perhaps I had stolen something or was up to no good. I probably looked more suspicious than an actual suspicious person might have looked. I did this just to see if the police officer would notice. Because I know if an African American man walked by a cop "looking suspicious," they would.

But not me. The police officers did not even blink.

The fact that I can walk by a cop purposefully looking suspicious and still not get noticed is testimony to the white privilege I was trying so hard to deny.

I am not calling for African Americans to get away with speeding or breaking traffic laws. I am simply calling for equality in a police officer's, and everyone's, eyes. If we both go 15 miles over the speed limit, we should both be pulled over.

This is not affirmative action. I am not saying that an African American should get away with speeding, while I, as a white girl, should get a ticket. That is reverse discrimination and far from equality. I am simply saying that we both should be pulled over for committing the same traffic violation.

And for Heaven's sake, if a white girl acts suspicious on purpose, then question her just like you would an African American man. Let your standards be equal across the board.

If an African American woman or man could walk a day in my footsteps, I have no doubt that they would be disgusted at the type of privileged treatment I receive. Whether it's free coffee at Starbucks, a polite wave from a police officer, or being able to get away with breaking every traffic law in the book, I have white privilege. It is not called "white privilege" because I do not break traffic laws while African Americans do, or some absurd reason like that. It is called "white privilege" because we can both break a law....but only one of us will be pulled over. And that is something I will be embarrassed about until things start to change and we are treated and thought of as complete equals.