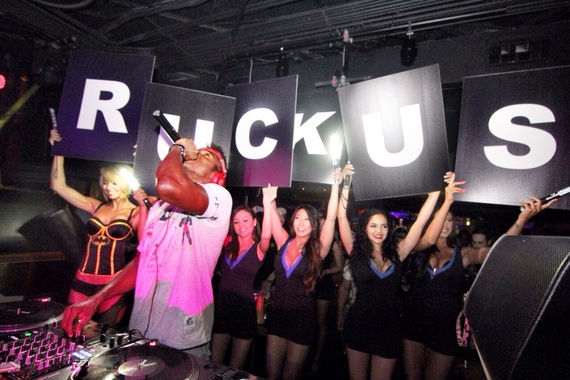 Some people learn to be great. Others are born with it. Someone with an innate will to win is Gregory Andrews, better known as DJ Ruckus. From London to Las Vegas and beyond Ruckus has been around the globe, and put together quite a resume since he started. Hailed by GQ as "the most sought after DJ in the world", Ruckus started establishing himself from an early age. At the age of sixteen, just two years after receiving turntables as a birthday gift, he was already headlining the biggest clubs in his hometown of Miami. Recently, I spent a night out with him in New York City to experience a day in the life of Ruckus. And I got a glimpse into the craziness that he calls reality.

Our evening started out at the famous Ms. Lily's in SoHo for a quiet dinner. It consisted of Ruckus, his manager, publicist, a close friend, and myself. Over some of the best Jamaican jerk chicken the world has to offer, the 32-year-old Ruckus told me how his career in music got started.

Ruckus realized music was a passion of his from an early age. He received his first set of turntables at fourteen as a birthday gift. Within no time he was being asked to DJ events like lavish birthday bashes for Diddy in Morocco. Since then he has become one of the most sought after DJs in the world. He has worked with elite clients, brands, and fashion houses, and does upwards of 200 shows a year. In his spare time he plays private parties for the likes of Jay Z, Steven Spielberg, Kanye West, Jennifer Lopez, and Oprah. He has also spun some of the hottest runway shows and after-parties for icons. Some of them include Alexander Wang, Marc Jacobs, Dolce and Gabbana, and Louis Vuitton. And somehow he even finds time to produce music for legends like Janet Jackson and Outkast.

Ruckus has DJ residencies at nightclubs in Miami, Chicago, Atlantic City, Las Vegas, L.A, Paris and Saint-Tropez. With those he has been leading the way in the rise of the open format DJ boom. Being an open format DJ is a challenge because of the need to transition between genres, and is a challenge most DJs refuse to accept. In Ruckus's case though it is what he is best known for. His signature is a fusion of hip-hop, rock, electro, house, soul, funk, and reggae. Ruckus's talent even led to hip hop pioneer Rev Run to reach out to him back in 2010 for a DJ collective he was putting together.

The concept Rev Run had was to join old school and new school music and hip hop with electronic music. The pair has been performing around the world since they met. Of the partnership Rev Run recently said, "I've been around the greatest entertainers of all time and Ruckus is one of them. His command of music and his crown distinguishes him from any DJ today. He's truly special". 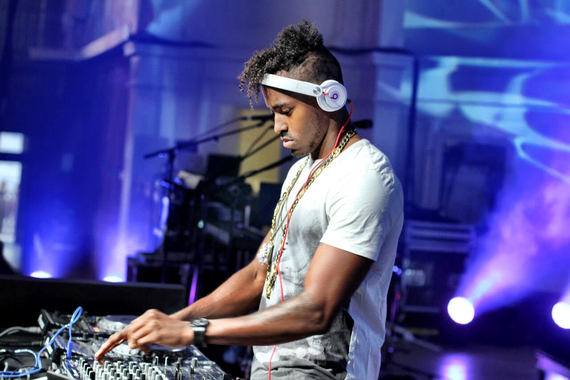 After dinner we decided it was time to experience a bit of New York nightlife through the eyes of a world renowned DJ. Our first stop was Paul's Baby Grand in Tribeca. It was a small and artsy place with a trendy crowd where we sat in a quiet room to talk about a variety of things. Ruckus told me about the difficulties of dating, and what he has learned to do for making it easier. Recently he started dating Victoria's Secret Angel Shanina Shaik. Both of them have hectic schedules, but have found ways to cope. Either they travel together for work, or try to make sure that they end up working in the same place. It has not been the most ideal solution, but it is what they have found works for them.

Next, Ruckus thought it would be a good idea to go to the infamous Up&Down in Chelsea to check out a more upbeat place. The atmosphere was definitely different, and so was the music. They seemed to be playing a lot of hip hop, which got us into talking about who our favorites were, what he thought about the Meek Mill vs. Drake beef, and where we thought the genre was going. Needless to say, he thought Jay Z is the best rapper ever. He also thought Drake won the battle, and that hip hop was evolving towards a new sound like all musical genres do over time. By the time we were finishing up at Up&Down it was already 3:30 in the morning. I thought it was time to go home, but Ruckus had one last spot in mind after our conversation about Jay Z.

The trip itself to 1Oak took five minutes in an Uber. Once we got there I was a bit worried because I had never seen a crowd like that waiting to get into a venue. But we walked right over to the bouncers, and went straight into the VIP section. While hanging out at this last spot Ruckus told me he just wanted me to experience this place since I was such a big Jay Z fan. In the time we were there Justin Timberlake, Carmelo Anthony, Busta Ryhmes, and JR Smith came into the club where we were sitting. One at a time they shook hands with Ruckus as they came in, and they spoke for a bit while I just observed. The rest of the evening we just continued to talk about hip hop, and discussed who we thought would be taking off next. He said that I would have to check out LIV in Miami with him at some point since I was such a big hip hop fan. At around 5:30 we decided to call it a night. He had a set to play in Atlantic City at noon in less than seven hours, and I needed to go to bed.

It is hard to say what Ruckus will do next in his career. It seems like he already achieved most of what a DJ would ever want to. He is still young, passionate, and hard working as ever though so you never know what might come next. Most people don't achieve as much as he has in their lifetimes. One thing is for certain, he is not done yet by any means. So get ready for more Ruckus in your life. 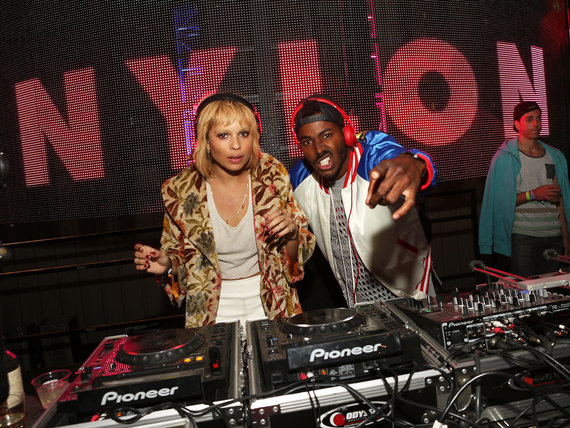