On a Sunday afternoon while stopping by the Zippy's Restaurant in Kaneohe for lunch, I saw a group of people in the dining room huddled around some books with colorful papers in-hand engaged in conversation. They seemed to attract a lot of attention as others passing by also stopped to glance at what this group was up to. 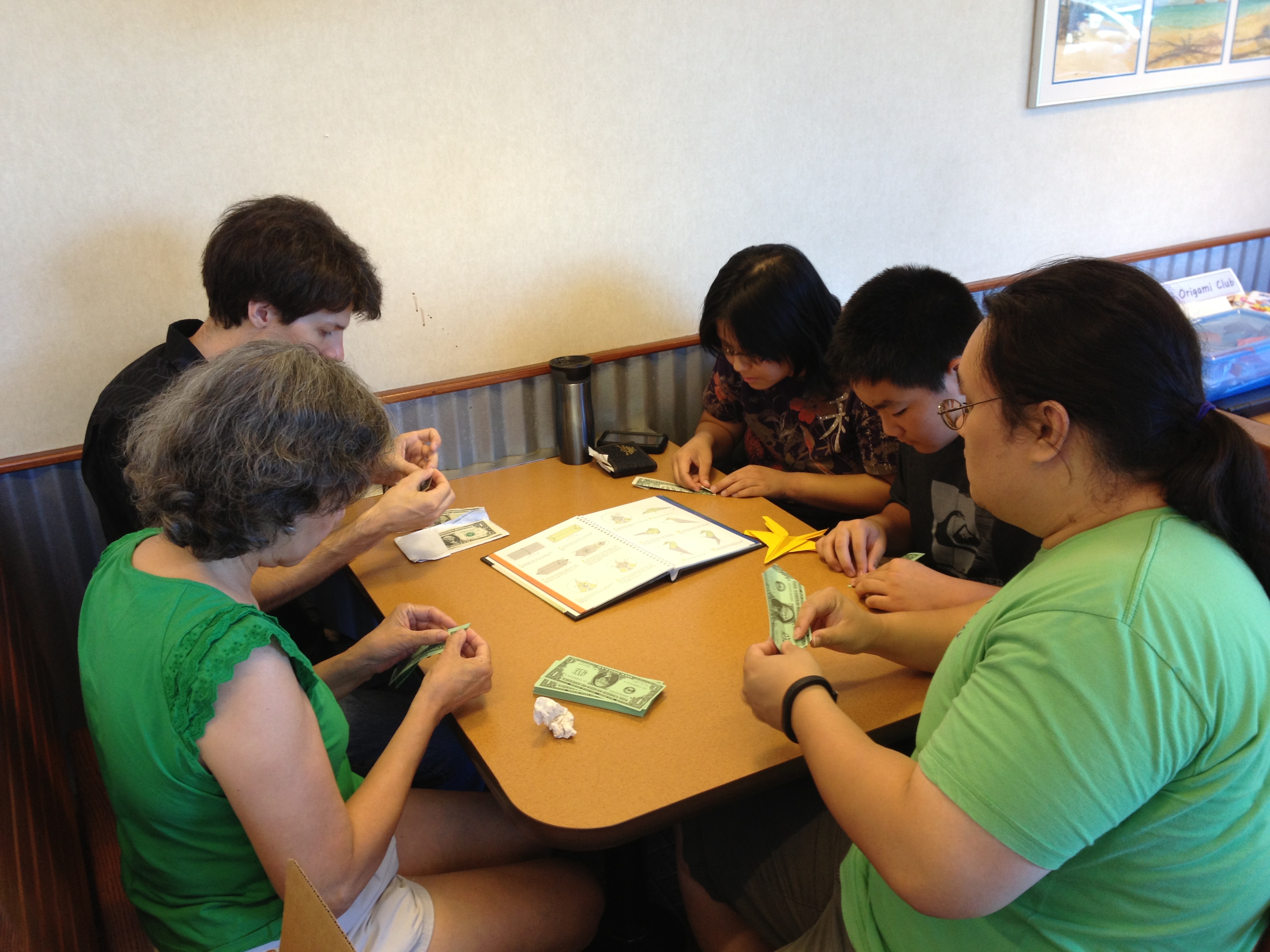 I moved in for a closer look and casually asked one of the young gentlemen there what they were up to while the others in the group didn't seem to notice I was there. "We're folding origami," said the man. After a bit of small talk and further prodding, I uncovered that I was speaking to none other than the organizer Scott Macri of the Hawaii Origami Club.

As a professional with an advertising background, this drew me in since I'm always interested in things that get the creative juices flowing. People are visual creatures and origami projects are none short of that. For those of you who aren't aware of what origami actually is, according to Wikipedia it is the traditional Japanese art of folding paper.

On this day, the group happened to be previewing a book called Dollar Origami by Michael G. LaFosse and Richard L. Alexander. Some of the things the group worked on was outright amazing. I saw them take a dollar bill and turn it into a Seahorse. 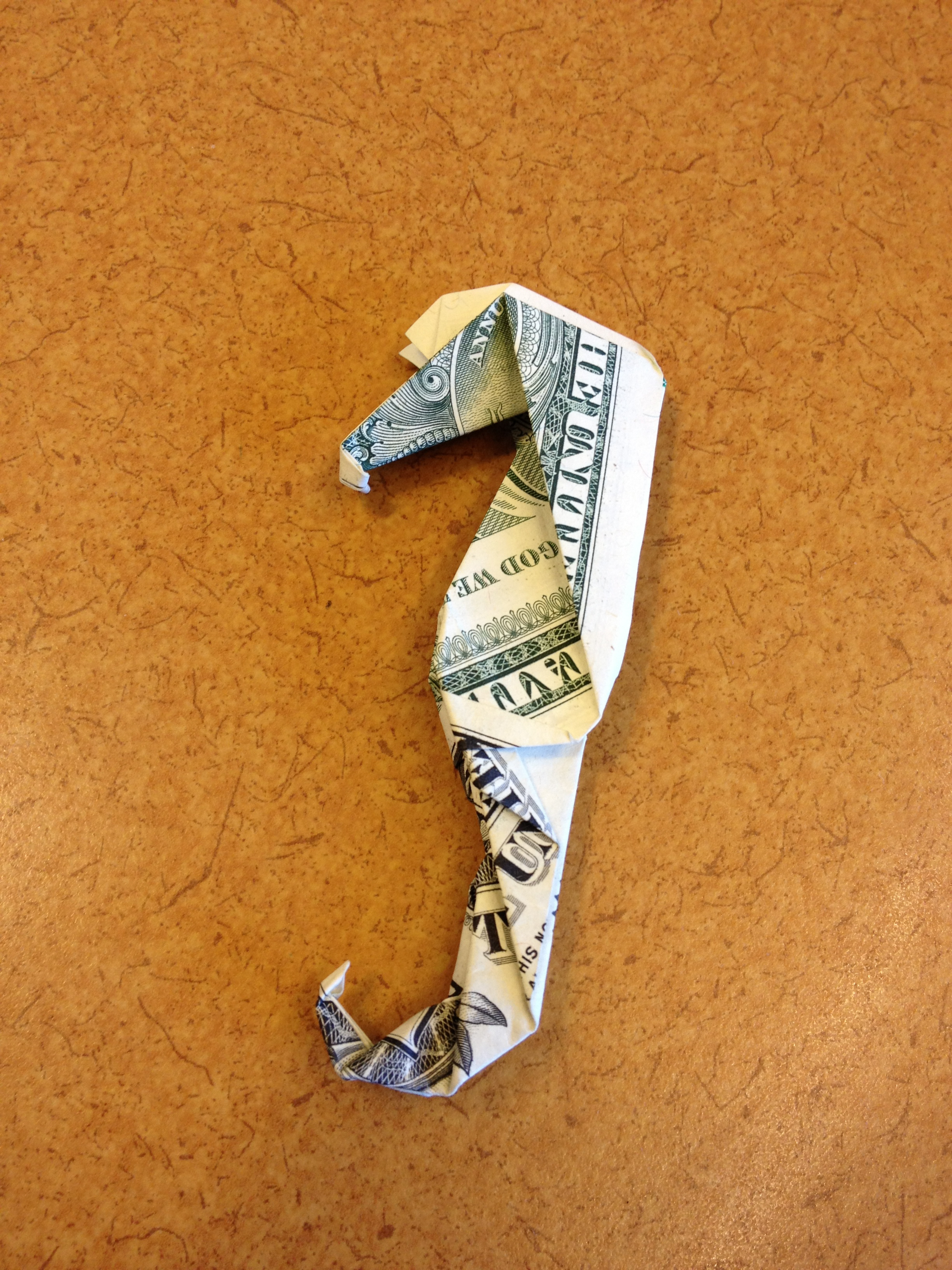 Who knew you could turn an ordinary dollar bill into a work of art! The other books they had in their possession also had instruction for many other things like butterflies, bugs, birds and even what looked like an Aloha shirt.

According to Macri, the club has been around for about 4 years and they meet up once a month at locations around the island. The club welcomes anyone and everyone; there is no membership fee. Group sessions can be as large as a dozen or more to an intimate crowd of six. Lester Lau, 30 years old of Honolulu, recently joined the group and has been folding origami since he was in the third grade. "I've been doing this so long on my own it was nice to connect with a group that had similar interests," said Lau.

For anyone interested in joining the group for their folding sessions you can look up the Hawaii Origami Club at http://www.meetup.com/hawaiiorigamiclub/ or email Macri at HawaiiOrigamiClub@gmail.com.