This Lifetime movie starring Kristen Wiig and Will Ferrell has been a strange thing from the start. No one will do interviews about it and the project was being treated like a secret to the point that the billboard advertising it counted as news. Now that it has aired, "A Deadly Adoption" is no less inscrutable. It's likely we all just got tricked into watching a regular old Lifetime movie.

Mild spoilers for anyone who does not understand the thematic elements of literally every Lifetime movie.

The setup is simple. Well, relative to a canon that includes the likes of "Restless Virgins" and "The Cheerleader Murdering Mother," the setup is simple. A couple who has previously lost their child invites a pregnant woman to stay in their home in hopes of adopting her baby ... but she's evil! And the husband has a dark past!

Honestly, watching the trailer gives you the gist of it. There are elements of the adoption that become deadly, etc. What's interesting, and clear from the start of the film, is that Wiig and Ferrell play it totally straight.

Save for a few line readings -- Ferrell saying pretty much anything can conjure up Ron Burgundy -- nothing seems to be deliberately funny. There are the absurd moments, the kind you might laugh at when watching a Lifetime movie ironically, though they seem to be there in their usual context, rather than parodic or self-aware.

There's no twist, no curveball element to disrupt the usual structure. It runs so true to the course, I was half waiting for the whole thing to end with an invasion by aliens.

Could it be that the ultimate comedic act is being in a Lifetime movie and playing it totally straight? While Wiig is underutilized, there's something hilarious about her and Ferrell's very presence in this setting. Still, their existence does not a satire make.

Many of the reviews tick of all the tropes "A Deadly Adoption" is parodying. Rolling Stone, bless their sweet hearts, tried to make "Lifetime-gasmic" happen, while pointing to the Foreshadowing, Sunblock Seduction and Gratuitous Shower Scene. But "A Deadly Adoption" is not really parodying those tropes as much as using them. Put simply, if you replaced Wiig and Ferrell with lesser-known comedic actors who delivered similar performances, there would be little to distinguish it from the likes of "Sexting in Suburbia" or "Cyber Seduction: His Secret Life."

You could credit Wiig and Ferrell with executing an irreverent brand of deadpan humor. Though, there's still nothing to turn the mirror back on the genre. Their being in the movie might make you think a bit more about how absurd a channel is that has created several movies about murderous clowns, though that's not something anyone really needed help thinking about. Any more elevated commentary is absent.

When this movie was first announced, it was kind of fascinating. The kind of overhauling rebrand on Lifetime's part looked like a concerted effort to deconstruct and then reinvent itself. The channel seemed to finally be aware of its exploitative archetypes in monopolizing the female-centric made-for-TV movie. But after watching "A Deadly Adoption," it seems more likely Wiig and Ferrell were bored and Lifetime said "Yeah, whatever, that's fine!"

Anyway, if you pull it up on your DVR later tonight and find yourself asking, "Wait, what did I just watch?" The answer is really just this: a regular old Lifetime movie.

If You Watched 'A Deadly Adoption,' You Got Tricked Into Watching A Regular Old Lifetime Movie
Kristen Wiig on the Red Carpet 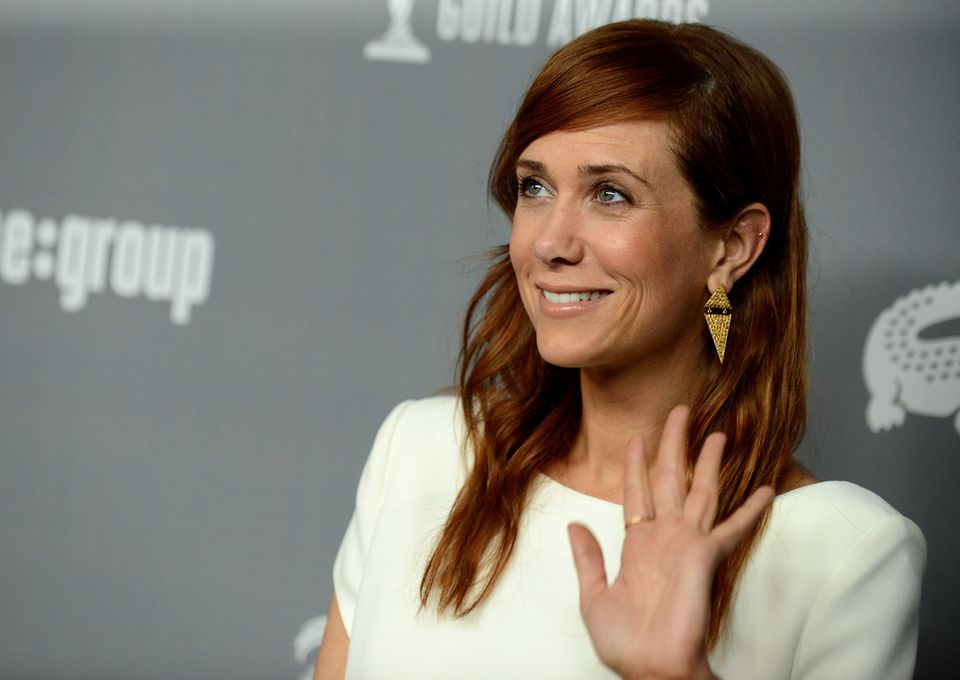