This is the last day of my 30s, a decade I've spent BECOMING. 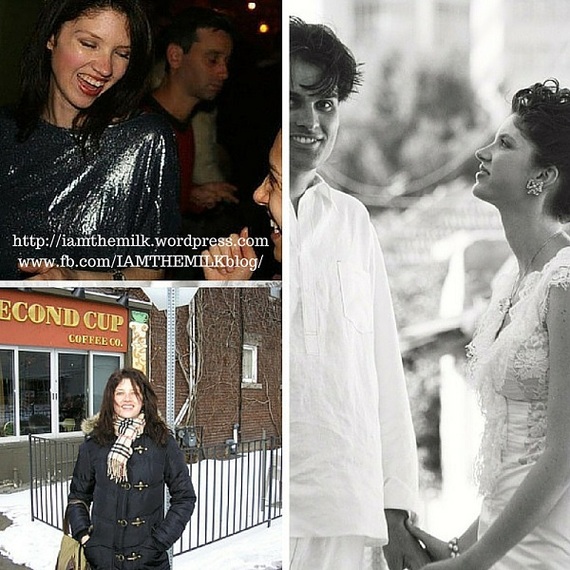 With only two years of marriage under my belt I was still becoming a wife at 30. At 31 I said goodbye to people who are parts of my identity and became an immigrant. I've spent the following years adapting and learning what becoming a North American would look like for me. At 33 I became a mother. At 35 I got stuck in limbo trying to become a mother once again. I became a fertility clinic returning patient and a miscarriage statistic instead. I learned that sometimes the fears that plague my mind, but are so well contained in there, will leak out and infiltrate reality. I learned that while I can control those well-contained fears, I can't control reality. At 36 I released my breath when I became a mother for the second time and relearned that lesson about control.

At 31, 33, 37 and 38 I became a tourist in my home country and learned what surreal feels like. At 38 I spoke into a cell phone placed to my great aunt's ear for the last time. As I shook uncontrollably later that day, I learned that there is no such thing as being prepared for that kind of news even when you're given a timeline. Three weeks later I learned what your body being three degrees separated from your soul feels like when I numbly received the same kind of news about babooshka (grandma). At 39 I've regained my mom (and the ability to belly laugh) when she moved to Canada. I've learned that parts of my heart were blocked off for the last eight years in attempt to emotionally survive every recurring separation and airport goodbye.

At 31 I was a mom to an American Cocker Spaniel that traveled with us from Israel and made an empty furniture-less apartment feel like home. At 31 I walked my dog in the snow for the first time and like a mother to a human baby, I learned that joy can be found in the most trivial details and experienced in the most unexpected moments, when I watched Louisa climb to the top of every snow bank she encountered, to leave her pee mark there. At 31 I challenged myself and stretched my comfort zone farther and farther when I joined a local meetup group and went on several gatherings where I knew no one and had to chat and make small talk. At t31 I hit the jackpot when I accepted an invite from a meetup member to meet at her home with several other group members for a ladies dinner club event. The dinner club dissipated, but I've built my first local friendships from scratch on the foundations of my stretched comfort zone. We soon became very close with Jenn and her then boyfriend Al. At 35 my husband and I served as the only witnesses for our friends when they eloped and got married at city hall.

At 38 my father and I became Facebook friends and opened a new front in our friendship and discovered so many new things we could love about each other.

At 31 and at 34 I've lost two very important people in my life to cancer. After burying my head in the sand for long enough, at 36, two weeks before giving birth to my second son -- two weeks early -- I lost my dog Louisa to the same disease.

I've stopped making excuses at 36 and started writing in a language that wasn't my native tongue. I've learned that you don't need to meet someone to form very deep and meaningful connections. Through writing I've formed connections in my mind and heart which spilled and infiltrated reality.

At 37 I started receiving recognition for my writing. I shared a stage with Queen Latifah but the voice inside my head was still telling me that everyone else is wrong and that I've managed to somehow fool them all into taking me seriously.

At 30 my hair was too dark. At 31 it was too damaged. At 32 it was just right. At 33 I had a baby. At 36 I had double the babies, double the sleep deprivation and double the greys. I learned that there's a correlation between how tired I am and how tired my hair is.

At 30 I celebrated my birthday at a night club in Tel-Aviv with lots of friends and had some pictures taken with my digital camera. I wasn't too happy with how my wrinkle-less and eye bag-less face turned out. It was too pale and I didn't learn anything. At 30 styling my hair at a salon to prepare for this event was a given, not a luxury. At 39, preparing for my 40th, I didn't scout nightclubs for a month. I am booked for high tea with my mom and a childhood friend, my sister from another mister, Anya. The reservation was made six days in advance. At 39 I don't need big numbers to prove to myself that I am loved and a lot of noise to feel festive. At 39 I'm grateful for my brigade consisting of family and friends who find my birthday important and meaningful, each for their own special reason. 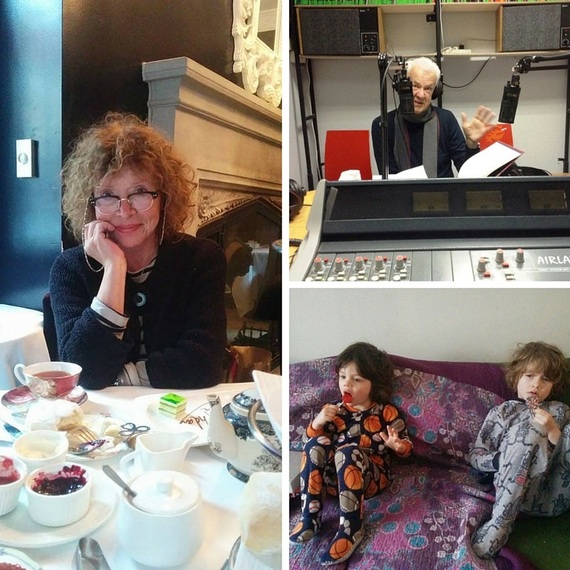 At 39 I still care about approval but not as much as I did at 30. At 39 I realize that becoming doesn't necessarily mean shedding what you were. At 39 I realize that I will probably never become and learn certain things, like how to be a grownup, or the parent that I am in my head. I'll never speak like I write. At 39, with two children who challenge me in the best and worst of ways I see my flaws as clearly as ever. I see my flaws even without the mirror my children put in front of me daily. At 39 I am also willing to accept and acknowledge my gifts and advantages.

Women This Is 40 Milestones Life Lessons