Too many coincidences: A new terror-filled thriller on Ireland's "troubles" with links to Libyan mischief, as the real detention in Lebanon of a Qaddafi son makes headlines, while a study reveals connections between then Neanderthal migration from today's Middle East to the Emerald Isle.

It's a mind-boggling equation but worth exploring given the web of deceit and intricate power plays in the book, and the reality on the ground.

Alexander McNabb's hot adventure "A Decent Bomber" for a change wasn't set in the Arab world, but managed, in its Irish venue, to tie back to the region he's used as a backdrop for earlier novels. 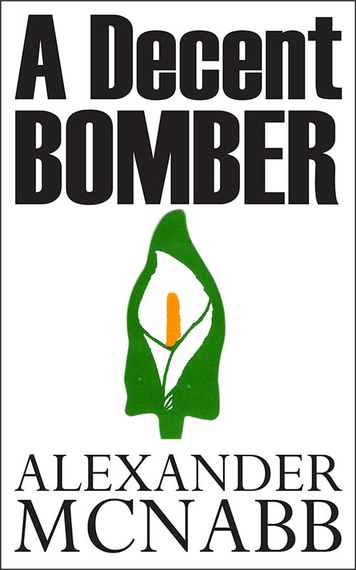 'This nation was founded on terrorism. If it wasn't for Michael Collins, Dan Breen and the likes of them there'd be no Ireland. We'd still be a British colony.'

The spark at the end of the reefer stabbed at Orla, the features behind its glow knit in fury. 'The fuck it is. What's a freedom fighter? What's an insurgent? What's a terrorist? That's what I want to know. We let ourselves be governed by old men who tell us what's good for us and what we need and the second we question it we're hauled off to face their idea of justice. You know what democracy is? Say you what you like, do what you're told. And we slap the label of terrorist on anyone who happens not to agree with us and doesn't conform to the restrictions we impose on them.'

The conversation is between Orla O'Carolan and Roisin McManus at a student party and sets the scene for a roller coaster adventure involving ex- and current "terrorists" as well as idealists drawn into the fray.

Orla is studying animal husbandry but gets tangled in a terrorist plot thanks to her dairy farmer uncle Pat O'Carolan and his bomb-making Irish Republican Army (IRA) past, and Roisin is majoring in "Terror Studies" of all things.

Somali "Al Shabab" terrorists drag Pat into his former profession by abducting Orla to pressure him into action by producing explosives for their nefarious purposes.

He manages to rescue her by committing a few crimes and both end up on the lam as several of his former colleagues come into the picture only to end up as collateral damage.

There are Libyan rogues who invariably pop out of the past.

'Pat, give yourself up. The police know you're behind the bombs. They're going to hunt you down. Times have changed. It's different being on the lam these days, there are cameras everywhere. They'll listen to you if you walk in of your own free will.'

'The hell they will. You're not thinking straight. There's a bunch of African fellows dancing around Belfast waving guns and bombs and PSNI is looking for me? They'll be as good at listening as they are at looking.'

'Oh, you mean the Gaddafi fellow?'

'That's him. Whatever happened to him?'

'What the hell's he to do with anything?' 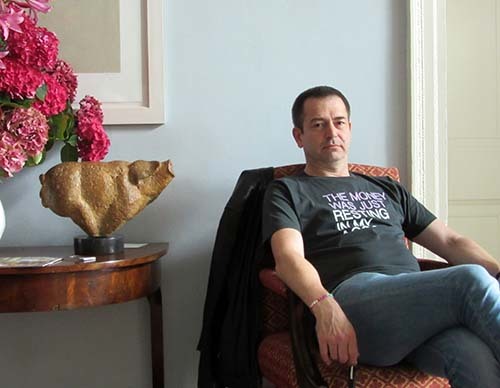 The tortuous ties between the Irish in Northern Ireland and the Republic of Ireland; the relationship with contacts and targets in England; the terror network extending across the seas; and the connection between former comrades at arms, make for a good read and a painful reminder of similar sectarian "troubles" or "incidents" that rocked Lebanon during its 1975-90 civil war.

But this is no Middle East-focused intrigue-filled book like McNabb's gripping trilogy Olives, Beirut and Shemlan.

It's an extremely complicated tale, sometimes going off on tangents, that nonetheless brings home the heavy legacy of internecine wars, greed, vengeance, and their lasting consequences.

So what's the Qaddafi connection?

In real life, former Libyan leader Muammar Qaddafi was said to have supported the IRA with arms and money in the old days, hence the link in the book.

Qaddafi was also accused of abducting revered Shiite cleric Moussa Al Sadr who headed the Amal Movement in Lebanon and two companions while on a visit to Libya, and killing them almost four decades ago.

One of Muammar's sons, Hanibal, who is married to a Lebanese woman and has been on the run since his father was deposed and murdered, was recently abducted in Syria and eventually handed over to Lebanese authorities where he's been under lock and key pending an investigation into his knowledge about the disappearance of the Shiite trio, although he was too young to be involved at the time of the kidnapping. 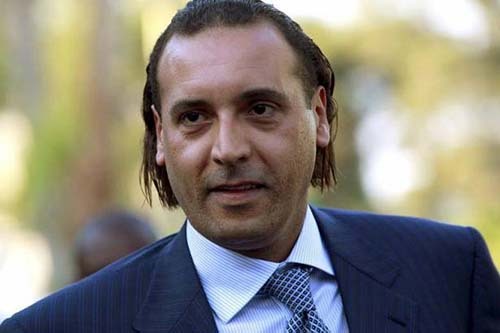 And what of the genetic connection between the Middle East and Ireland?

According to reports in The Irish Times and the pan-Arab daily Al Hayat, genetic researchers have traced Irish origins to the Middle East.

Experts from Trinity College, Dublin and Queen's University, Belfast studied Neolithic and Bronze Age migration patterns from the Near (Middle) East to the British Isles with genome data from prehistoric Irish individuals indicating substantial links between the two regions.

An interesting prospect for a McNabb sequel?