I hardly know where to start -- I guess first, with this amazing declaration -- a Declaration for the Future -- that was posted in the wee hours to our MyDeclaration page. Mark my words, if anything this captivating and compelling, imaginative and forward-looking comes my way, almost surely it bears the unmistakable stamp of civic mover and shaker and all-around fabulous human being Andrew Slack, co-founder of the vaunted Harry Potter Alliance, among many other world-changing accomplishments, and now the Director of Imagine Better.

I've had the privilege of getting to know Andrew over the last years at the periodic 'Civic Collaboratories' imagined and convened by another kindred spirit, Eric Liu, creator extraordinaire of Citizen University (again, among a rich array of community- and society-enhancing deeds). At a recent Civic Collaboratory pow-wow, a sneak peak of the Declaration Project, I spoke rather breathlessly about my dreams for the project, and my hopes that Civic Collaboratory members might partner and pitch in. 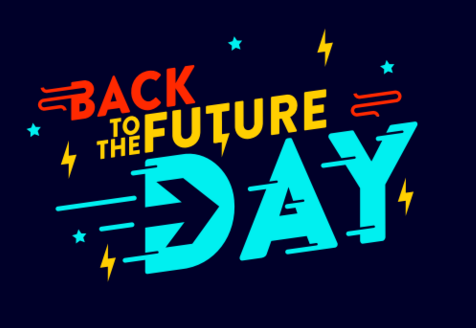 As anyone who knows me knows, my own tendency is to cook up an idea that I think -- based on insights gleaned from my travels holding inclusive Socratic explorations of one sort or the other around the U.S. and globe with people of all walks of life - not only reflects the pulse of society on local, national and global scales at any given moment, but that might connect us further and deeper with friends and strangers (and even perceived antagonists) alike. And then (with the help of those great souls to whom my proposed projects touch a chord) I just do it, funding (or lack thereof) be damned.

At a time of rampant civic apathy, the Declaration Project seemed to me an idea whose time had come. Among other ends, it's meant to serve as a platform for enabling and inspiring an array of people young and old to discover, develop and share their political voice via a personal declaration -- and for this in turn to serve as a springboard for taking action, for coming up with a strategy for tackling those problems or issues one believes is in most dire need of addressing.

To me, this is a first and essential step for entering the portal of greater self-determination, and the reason for being of all our Democracy Cafe initiatives. Fact is, we too often put the cart before the horse, and exhort people (especially the young) to 'get involved,' when they haven't yet had a chance to figure out what most they care to be involved in, much less given the opportunity to participate as equals in the never-ending quest of Enough about that.

Back to Andrew Slack -- Andrew stood up at once after I'd finished my presentation, and, the picture of the enthusiasm, offered a world of invaluable help. And, as you'll see from the declaration posted to our site by his Imagine Better team, he also promised to be a partner in the Declaration Project. If an initiative speaks to Andrew, he's all in -- holding back isn't in his nature. You can imagine my joy.

What I love about http://www.declarationproject.org/?p=1883, composed by Andrew's Imagine Better colleague Luna Brekke, is, first of all, it presents a clear-eyed assessment, via a set of enumerated grievances, of the woes the beset society. Here's one example: "continued inequities between those of differing ages, ethnicities, genders and gender expressions, races, ranges of ability, religions, sexual orientations, and other qualities persist in significant, unfair, and structurally supported and condoned ways;"

But, second of all, it goes the next vital step and sets forth an exuberant vision -- one that invites us al to be part of -- that holds great promise of bringing "the Present in line with our ideal, just, imminent Future." And what and more auspicious better day to post it can there be than October 21, 2015, the very day, in the movie Back to the Future, that Marty and the Doc (Christopher Lloyd) travel to. As Andrew and company note on the Back to the Future Campaign site, "If Back to the Future teaches us anything, it teaches us that we can control our own fate."

So I invite you -- exhort you -- to be part of their exciting multifaceted project: write a letter from your future self, submit it to their time capsule of the future, do your part to save the clocktower. It all comes down to you, all comes down to each and every one of us to take full advantage of such one-of-a-kind opportunities to be an equal and vital part of the change we want to see in the world.

Author of bestselling 'Socrates Cafe' and 'Six Questions of Socrates,' most recently of 'The Philosophy of Childing'