The times they are a-changin.

Demographics in the U.S. have been shifting for a while now. This shift has never been so obvious than during the last election when Hispanics made a significant dent in the outcome and helped President Obama achieve his victory.

Yet there are those that are not yet willing to accept that this is where the U.S. is headed. While some members of the Republican party have acknowledged this change, others still seem to be blinded to this fact.

In his latest cartoon Lalo Alcarez subtly imagines what will happen to those unwilling to adapt. 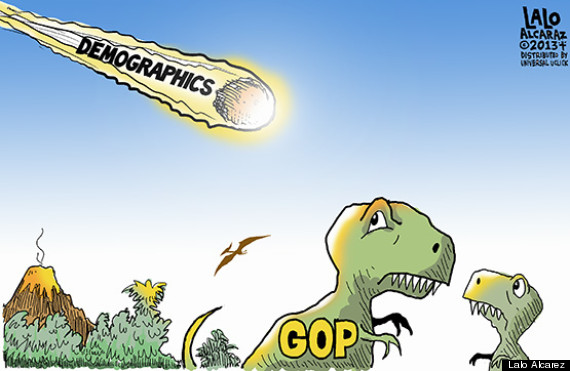 See more of Lalo's toons below. 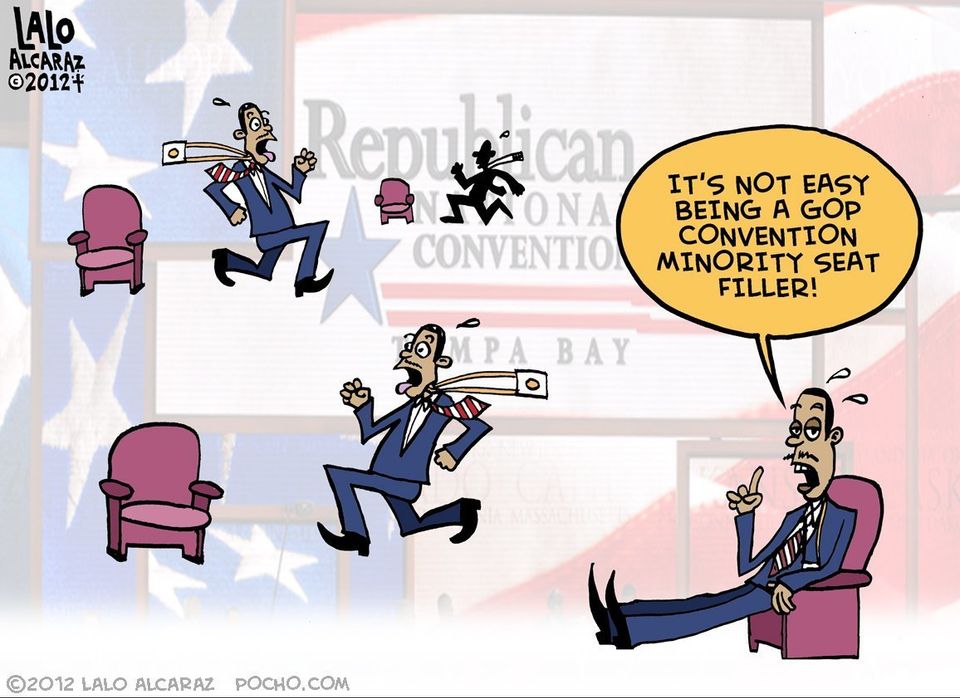