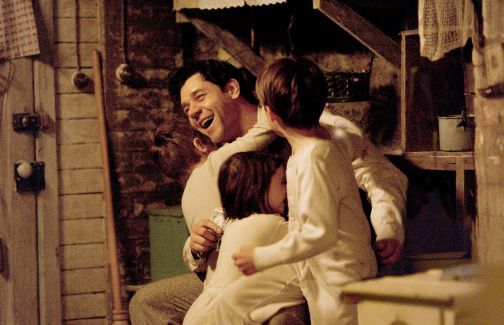 My daughter, Julie, called several weeks ago to tell me how sad she was about the sudden death of David Goldberg, the husband of Facebook executive Sheryl Sandberg. I sat up, surprised. I'd been thinking about the same thing all week. Julie spoke about imagining the loss of a husband who had so strongly championed his wife's career, had been shouldering fully half of the child care and domestic load and had pulled his weight in a hundred other ways. When I got off the phone with Julie, I remember thinking about Goldberg: "We lost a hero this week."

It was a strange thought. I usually associate heroes with war stories, action films and Marvel comics. The hero's the guy with outsized physical powers, the loner who relies entirely on his own judgment to make the tough decisions. He bonds most deeply with others under adverse conditions and is willing to risk danger -- even death -- for people he cares about or causes that he holds sacred (Think Clint Eastwood in In the Line of Fire, or Bradley Cooper in American Sniper).

This macho superman is far from the guy Sandberg described at an international conference on masculinities I attended in New York City, two months before her husband's fatal accident. Indeed, David Goldberg was a highly respected entrepreneur in the tech world, the founder of Launch Media and then CEO of Survey Monkey. But for Sheryl, his greatest strength lay in his ability to support and nurture others -- not just her but also the many women who worked for him. His push for her to become COO of Facebook, his willingness to relocate for her job, and to fully share the child rearing and housework is a story she's repeated many times in her talks to women on empowerment.

I was moved by Sandberg's genuine affection and appreciation for her husband. But I realized that she was saying something more than how glad she was to have landed such a mensch for a partner. She was saying that the kind of relationship they had benefitted everyone in her family. She felt supported. Her children were strongly bonded with their father, and he was connected with them all in a way he believed in, that made him happy. She was promoting this for women's partnerships.

Many men are discovering that our traditional guidelines for how we're supposed to think and act -- what I call "Male Code" -- are a poor match for the demands of family life today. These rules have emphasized stoicism, silence, physical strength and obsession with career. Male Code hasn't changed much over the past 200 years because of the status and power that it has conferred on men who march to its tune, as well as the harsh consequences for men who don't.

As a psychotherapist, I continue to hear men, including young guys, voicing their fears about being "too soft," "giving up control" or "not being man enough" in their relationships. Criticism of men who don't conform takes place every day -- from the boss who frowns when a guy wants to leave work early to take his child to the doctor, to the young moms on the playground who move suspiciously to another bench when a man arrives with his toddler in the middle of the day.

It takes courage for men to turn their backs on the dictates of Male Code and try out more openhearted and egalitarian behaviors. Sandberg seemed to appreciate this when she described how strongly and unapologetically David embraced the role of being a fully involved father with his children. She communicated a deep sense of respect and pride in his commitment, one that was worthy of a hero

Men need other men to model non-stereotypical ways of being, especially when our society is changing in such fundamental ways. The shifting role of women in the workplace, our greater need to balance work/family relationships in an uncertain economic climate are pressing men to adjust behaviorally and emotionally.

If we are to change ourselves in accord with our stated beliefs about equality, we need to see men who incorporate these values into their own lives, men who walk the walk. This requires a different kind of hero. Not just one who will compete with and die for others, but one who knows how to live for others and empower those they love. I think David Goldberg belongs solidly in that category.

His early death is a terrible loss. My heart was heavy when I read Sheryl's description on Facebook of her first month of mourning, known as the sheloshim in the Jewish tradition. I also laughed, admiring her resilience, when she described kicking "the shit out of Option B," her solution to realizing that David wasn't going to be around for a previously scheduled father-child event this year.

Looking back on Father's Day, I wanted to send a warm "shout out" to David Goldberg and all the men who are working hard to be involved fathers and supportive husbands. I wish Sheryl Sandberg and her family a gentle grief. I so appreciate her reminding us that men's commitment to building strong, nurturing relationships is critical to the mission of empowering women and children everywhere.

Rob Garfield is a psychotherapist and clinical faculty member in the Department of Psychiatry at the University of Pennsylvania. His book Breaking the Male Code: Unlocking the Power of Friendship was published last month by Gotham Press.

Practices psychiatry and teaches at the University of Pennsylvania. Author of "Breaking the Male Code" (Gotham, 2015)