Indian Prime Minister Narendra Modi's visit to Silicon Valley created quite a buzz, especially in Silicon Valley's tech circles and the tech savvy Indian American community. The Prime Minister's plan to enlist the help of tech giants for his dream project, Digital India, which will connect billions of Indians and the government with high speed Internet, received an enthusiastic response from economic behemoths like Google, Facebook, and Qualcomm among others. 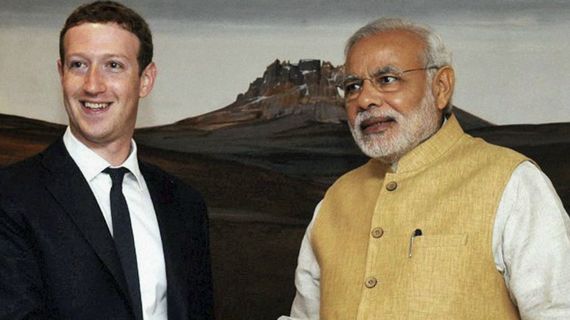 While Silicon Valley should welcome this business opportunity with open arms, it should also see it as an opportunity to pressure the Prime Minister for a secular and tolerant rule in India. It is hardly two weeks since Modi's visit, but India has already made international headlines for religious violence that led to a man to be lynched to death by a mob.

To the Prime Minister Modi's credit, he has been able to fulfill many of his political plans at a rate unheard of in Indian politics. He has successfully reformed the country's economic policies to reduce red tape and make it investment friendly - foreign direct investment had risen by 61%. His developmental priorities - like "smart villages" which provide millions with access to clean drinking water, low carbon energy, and high speed internet, "toilets for every Indian," and "clean India" - are moving in the right direction. After a decade of unprecedented corruption and poor governance, Modi's vision of a trillion dollar economy and a developed India by 2020 has captured the dreams and imaginations of many. Digital India would be another step towards modernizations and development. (Put aside the concern by some American academics that it will be used to collect data against political dissidents - I believe the impact of a digital India on millions of impoverished Indians overrides that fear). The tech community, especially Indian expats, must understand that a vibrant - and secular -democracy is essential for economic progress in India. In that regard, Modi has fallen short.

Modi and his conservative Bharatiya Janata Party (B.J.P.) are backed by right wing Hindu organizations like Rashtriya Swayamsevak Sangh (R.S.S.) and the Vishwa Hindu Parishad (V.H.P.). Since the B.J.P.'s return to power, emboldened Hindu hardliners have made their presence felt in dangerous ways.

The list of recent acts of aggression and intolerance by right wing groups directly connected to, and indirectly supported by, Modi is long and shameful.

Sadhvi Prachi, a Minister in the incumbent Bharatiya Janata Party (B.J.P.), suggested that Hindu women should have at least four children to protect the religion. A politician's office was vandalized by right wing mobs for suggesting a referendum on Army deployment in the state of Kashmir. In the Hindu right wing ruled city of Mumbai, consenting unmarried couples in hotel rooms were arrested on charges of public indecency. In a move that would embarrass the Taliban and ISIS, the B.J.P. endorsed sedition charges against students who had cheered for the Pakistani cricket team in an India-Pakistan cricket match.

The censor board had recently beeped out the word 'Bombay' in a Bollywood song. (Bombay is the former name of India's financial capital and home to Bollywood, but in 1995 it was changed to Mumbai on the demands of the right-wing party governing the city at the time.) Several states ruled by right wing parties had banned the sale of beef to protect the religious sentiments of Hindus; just days ago a man was accused of eating beef and lynched to death. As I had written before, banning animal slaughter for ethical reasons is laudable, but to do so to enforce the religious sentiments of a particular religion is unacceptable in a secular country like India.

It is interesting to note that Indian Americans greeted Modi with adulation despite his close association to right wing conservative groups, but like all other minorities in the United States, they too overwhelmingly support the Democrats.

The rise in right wing extremism and intolerance since the B.J.P.'s return to power is unmistakeable. The Prime Minister was even called out twice by President Obama earlier this year for failing to create a more tolerant society.

Earlier this year, Modi did say that "My government will not allow any religious group, belonging to the minority or the majority, to incite hatred against others, overtly or covertly. I strongly condemn such violence. My government will act strongly in this regard."

Strong words, indeed, but there has only followed weak, if any, action.

If the Prime Minister is really the capable politician that over 87% of Indians believe he is, he must weed out fanaticism before their actions turn further progress on economic reform into a sideshow, with the politics and divisiveness occupying center stage. All India needs to do is look at its neighbor Pakistan to see how decades long religious intolerance there has resulted in economic, political and social chaos. Tech giants like Google, Facebook and Microsoft have had a presence in India for a long time. Now, with Prime Minister Modi's push for Digital India, they have the leverage and means to pressure Modi to make human rights and tolerance a priority. The Arab Spring was made possible by the technologies of Silicon Valley: Twitter and Facebook allowed oppressed people seeking basic human rights to create a bottom-up revolution to overthrow oppressive regimes. Silicon Valley and its Indian expats must now insist upon top-down changes from Modi's government to ensure that such a revolution is never necessary in India. Such assurances will create a safe, inclusive, multicultural country that will benefit all peoples of India, and all peoples of the world.