Is breá liom an Ghaeilge. I really, really do. It was the language in which I spoke my wedding vows, a language that's important to my heritage, and a language I'm still trying to learn. My grammar isn't perfect, and my pronunciation may not be the greatest, but here I am, memorializing it in a new digital media outlet, trying my best to keep it from being forgotten.

Why do I care so much about Irish, a language with fewer than 80,000 fully native speakers? And more importantly, why should you?

David Harrison, an endangered language expert, explains it best, "No culture has a monopoly on human genius. We never know where the next brilliant idea is going to come from. If we value knowledge, we should value the diversity of ways of thinking that languages provide."

Is breá liom an Ghaeilge. Unless you speak Irish, for all you know, you might be missing out on one of the most beautiful and poetic phrases ever coined. And if the children of those 80,000 or so speakers fail to learn the language, future generations will be denied that pleasure too.

It's not as if no efforts are being made to stop language loss. The Irish government has certainly made many attempts to revitalize the language. When I spoke at an event for the European Commission, and the organizers saw that one of my slides was written in Irish, they kindly offered to arrange for an Irish interpreter. So it isn't that no one cares. It's getting the right people to care. The littlest ones.

As Harrison explains, "Languages need to be incentivized for the youngest members of the community. In a perfect world, people would not be coerced, shamed, or made to feel inadequate for speaking other languages. They would be praised and celebrated for having knowledge of other languages."

Technology may be able to help prevent language loss at some level, by giving people access to the information they seek and the tools they use to create and produce content in their native languages. "At the end of the day, technology is the means through which modern communication occurs in the digital space. If you don't have support for that language, you're missing an opportunity to keep it alive in a vibrant way," explains Lauren Woodman, Microsoft General Manager, Worldwide Education and Government Programs. Woodman's words ring true. After all, the tools I am using to share my Irish phrase are not a quill, pen and scroll, but rather, Gmail and Microsoft Word.

Is breá liom an Ghaeilge. Thanks to online translation tools, you can easily translate my Irish sentence into another language. But as great as translation is, it only bridges the language gap -- it doesn't close it completely. "We really want to make sure all of the world's information is searchable no matter what the language," explains Tamar Yehoshua, Director of Product Management for Google Translate. "We're trying to get to that vision, and one example of going a small step forward is through translation tools. The vast majority of our translation traffic comes from outside the U.S., and represents translations between all 58 of the languages we support."

In summary, this isn't a love letter to just the Irish language. It's an expression of affection for all mother tongues, regardless of whether they're mine, yours or someone else's. The point is, with the help of technology, it is truly possible for these languages to not only belong to their rightful communities, but to be enjoyed by all of us. And that's what today, International Mother Language Day, is all about.

Is breá liom an Ghaeilge. (I love the Irish language.)

PHOTO GALLERY
In Appreciation of the Irish Language
Download
Calling all HuffPost superfans!
Sign up for membership to become a founding member and help shape HuffPost's next chapter
Join HuffPost 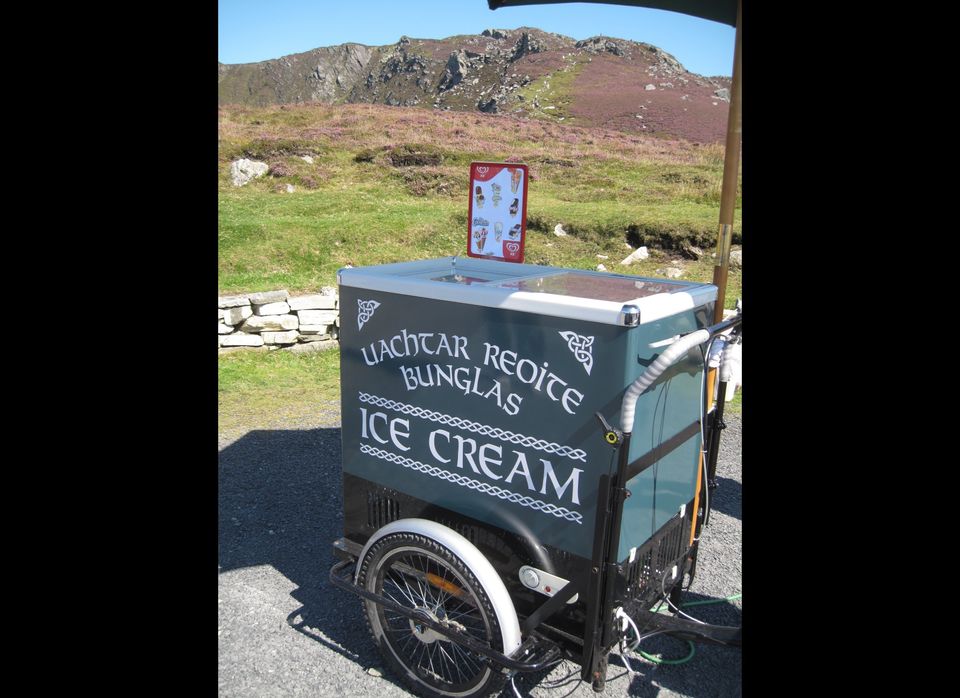 1 / 8
Ice cream - a useful term to know in any language
An Irish-language ice cream cart, in the Irish-speaking Gaeltacht region. Donegal, Ireland.