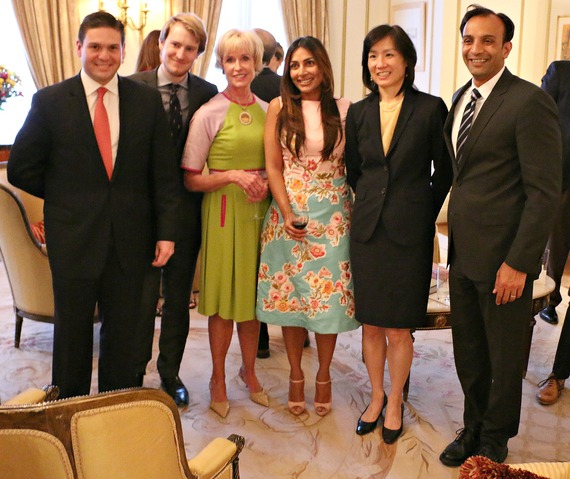 Some of America's top technology leaders, meeting for a roundtable discussion recently, foresaw enormous benefits for individual lives in the responsible use and analysis of the world's growing volume of digital data. Cancer breakthroughs, better ways to fight crime and corruption and resolve traffic problems are possible through better use of data, said participants at the Institute for Education's recent innovation roundtable, hosted by His Excellency, Juan Carlos Pinzón, Ambassador of Colombia.

The Ambassador opened the dinner by crediting technology as a major factor in solving problems in his country since the start of Plan Colombia, a U.S. aid program. "The Colombia you see today is NOT, the Colombia we had 15 years ago," he said. "The Plan Colombia initiative helped us enable our security system and save our country."

Special guest Dr. Dhanurjay "DJ" Patil, United States Chief Data Scientist, told the dinner guests that data, like technology, is neutral and can be used for good or bad. He said that society must find ways to maximize the benefits without over-regulating or stifling innovation, all the while protecting individuals' privacy and insisting on transparency.

In a sign of the growing importance of data, Dr. Patil is the first to hold his post. Devika Patil, IFE's Digital Ambassador, introduced her husband by describing their meeting with President Obama: "I asked the president what the job description entails. The president gave DJ a blank check to create his own job description," she told the roundtable.

The gathering also included Michelle K. Lee, Director of the U.S. Patent and Trademark Office; the Honorable Dr. R. David Edelman, Special Assistant to the President for Economic and Technology Policy; White House Presidential Innovation Fellows; and business leaders from Microsoft, ZTE, and Symantec.The group focused on major obstacles to the beneficial use of data, particularly the need for more transparency in how information is collected, who gets access to it, and how it is used. Greater openness, they concluded, would go a long way toward building trust among all stakeholders - government, companies and individuals.

Another challenge is restrictive European regulation, which some participants said goes beyond privacy concerns and risks hurting the greater good by creating a hostile environment for those who seek to analyze the vast daily stream of information now called "big data."

Private businesses and U.S. agencies also resist sharing data, said Shane Green, CEO of the data cloud provider Personal.com and an IFE Trustee. "Data is mostly trapped in the silos where it is collected, with little incentive to share responsibly," he said. "Companies and government agencies are worried about pushing data 'up' to big data sets to solve really hard societal problems because of what that data might reveal about them. "They also are fearful of pushing data 'down' to individuals to use because of risk and liability issues. It's a huge missed opportunity on both fronts."Individuals as employees, customers and citizens have an important role in the management and sharing of data, the technology experts agreed. Individuals collect information about themselves and their lives, and they can allow that data to be used and analyzed for their own benefit, if they are given the opportunity.

DJ Patil said the 470,000 vets served by the Department of Veteran Affairs would certainly want their data to be used responsibly and to serve others beyond their lifetimes.However, the nation's Chief Data Scientist said patients in the United States are four times more likely to have their health data stolen than to have access to their health records. Colombia has far more progressive citizen rights to data, it was pointed out.What's needed is public education about the potential that big data holds for improving lives, said Presidential Innovation Fellow Steven Babitch, adding, "We need to help citizens understand it and the profound impact it can have on everyday life." 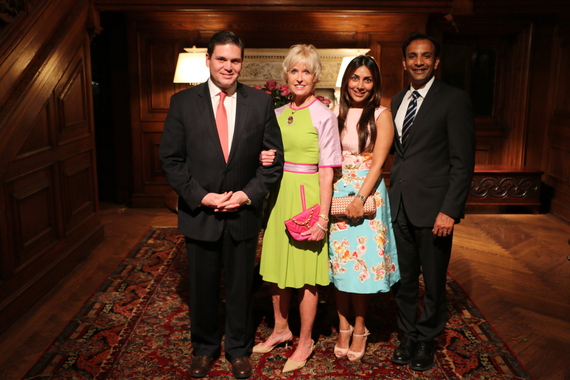 
The group also highlighted the need to educate data scientists, from elementary school through universities, as the field becomes vital to creating competitive advantages in the United States and in other countries. Patent Office chief Lee said the growing role of data has already changed the way her agency operates. "We measure everything," she said. "We weren't before, and we are now to try and improve our performance and outcomes."

The evening ended with a suggestion by IFE Steward, Chris Caine, with general approval from everyone at the table: "Ambassador Pinzón, Colombia is in a unique position right now to set the tone for other developing countries. As you can see from this discussion, the role of Chief Data Scientist can be instrumental in taking your country places once never thought possible."