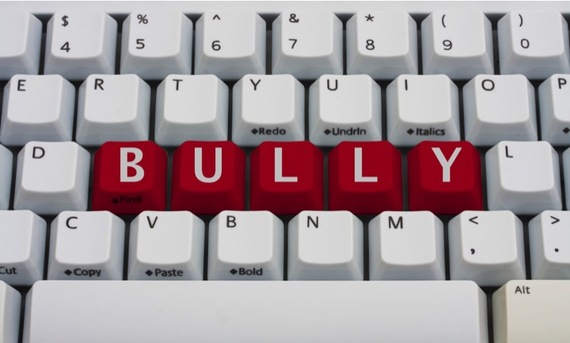 Go behind the glass doors of any company, big or small, and you will find that a big secret is being closed guarded, but honestly it's time to finally let the world in on it so here goes. The global workplace is toxic and it's a breeding ground for bully bosses, or as I like to call them "Big Ugly Loner Losers Yearning for attention."

Why is it that the news is rife with tales of bullying in our classrooms, on the playground or the school bus but we don't talk much about the place where adults spend a majority of their time? The largest percentage of bullying today happens in the workplace and the numbers of employees who are affected by this is staggering. The incredibly sad part is, no one seems to want to do anything to address this crisis.

I won the lottery in my career when it came to bully bosses as I had a number of them. The first and most important lesson I learned is that I was not a victim, but rather a target. That simple mind shift can go along way to helping people cope in a toxic workforce. Bullies come in all sizes and flavors, and many of us have sampled at least one of them. Here are just a few of the types of bullies that flourish in the workplace:

The Intimidator
This bully thrives on intimidating words to make sure that their dislike of someone is both heard and felt. They use the 'perceived power' of their role to justify that it's okay to talk down to people. They threaten their targets, either implicitly or overtly, that if they don't do what the bully wants it will harm their career.

The Sexist
This is a boss who revels in treating someone of the opposite sex as inferior. More often than not, this is a male superior who bullies a female subordinate by saying things like "a man can do this job better", or "women don't belong in senior roles." Comments such as these are intended to demean the employee and lower their confidence.

The Scab Picker
This bully is someone who can see that something is a sore spot for his or her target. Instead of leaving them alone, they pick at them until the wound opens up again. Like a laser beam, they focus in again and again on the same spot, ensuring that true healing can never take place.

The Screamer
Their common tactic is to be the loudest voice in the room, falsely assuming that this kind of behavior will ensure results, which it doesn't. They are loud, obnoxious, and abusive and have but one goal; to berate and humiliate people in public. They thrive on the notion that others fear them.

The Two-Faced Snake In The Grass
Bosses aren't the only bullies in the workplace. Colleagues can be just as bad. This bully says one thing to your face and the opposite behind your back. In many instances, they might be complaining to you about your mutual boss while at the same time undermining you with that same manager. They are the first to destroy your reputation, stab you in the back, and then take all the credit for the work.

The Cure
The best way to change the conversation on bullying is to put the power back in to the hands of the targets. It's important to concentrate solely on our work and dedicate our selves to getting out from under the abuser and not continuing to be a target. It's all about approaching the bullying problem like a daily task by being methodical in how we behave, perform on the job and documenting what's going on.

Here are some specific tips to implement if you are dealing with a bully in the workplace:

Bullying behavior and a toxic workplace are one of the biggest underlying causes of disengagement in Corporate America. It was a big part of what caused my own bout of this but finally understanding that I did nothing wrong and needed to stop feeling and acting like a victim went along way to coming alive and re-engaging with my life and career. It can do the same for you as well.

Ruth K. Ross is a former senior human resources executive with over 30 years of experience at some of the world's most admired companies. She is the author of Coming Alive: The Journey To Reengage Your Life And Career and gets to live the dream everyday by writing and speaking about her passion for engagement. Connect with Ruth on her website or at ruth@rsquaredresources.com.