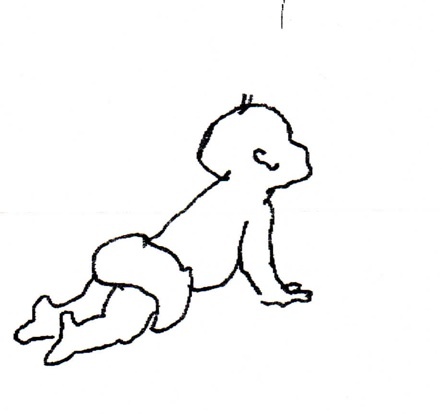 Senator Jon Kyl made headlines recently by proposing that maternity care shouldn't be covered by health insurance because he didn't need it. When Senator Debbie Stabenow noted that his mother probably did, Senator Kyl replied that "That was more than 60 years ago."

Some heard this exchange as evidence of Kyl's lack of empathy, but if the ladies of the nation are listening carefully, we may hear a different message.

Maybe that's what the powers that be have been trying, gently, to tell us by not insuring births, not supplying health care for kids or good affordable childcare that would allow moms to go to work to support those kids knowing that they're both safe and well cared for.

Maybe that's why we've read a few stories blaming moms for their many, and sometimes opposite, failures. Like staying home and working. Both of these behaviors, we've learned, are mistakes. But maybe not, as it's sometimes seemed, because "they're" trying to turn women against one another in order to distract us from the project of demanding fair treatment for families. Maybe the real point is that motherhood of all kinds just is a mistake these days, because nobody needs kids anymore.

They haven't said it outright because they know we find raising kids so personally fulfilling that they didn't want to just forbid us having them. But maybe it's time to heed the example of our sisters in Italy and Japan, whose birthrates fell way below replacement level years ago, and move on. Especially now that deaths are way down--people like Senator Kyl are living longer than ever before, and planning, doubtless, to stay fit and in office for ages. So maybe we don't need a new generation of workers, or of caregivers for the old folks like him--they won't be declining. No help required from the unborn children of other people to fund Social Security down the line either, if you're never going to draw it.

Time to kick back ladies and explore some new kinds of fun. The kind that doesn't include worrying about infertility or the uninsured cost of treatment. No need to labor away actually bearing babies, or to bother raising them--inculcating them with those good manners that make pleasant neighbors or with that work ethic that employers made so much use of historically, but apparently can do without these days.

Instead we can move off the mommy tracks and start really competing on the earning tracks. No more long-term cuts to your wage packet because you flexed or took a few years out of the full-time work stream to accommodate your kids' development--the same kids that you thought might be a boon to the nation in years to come. Before you realized they were superfluous.

Once we're making the high dollars, we'll have no trouble paying for our health care out of our own pockets, no matter how high it goes. A lot of that cost was for those pestilential kids anyway.

If a few people do die off (accidents, irresponsible eating habits maybe) and their jobs need filling, there are always immigrants, who arrive here fully formed, saving us the trouble and cost of bearing and educating them.

Stopping with the babies already will go a ways toward fixing global warming too (fewer diapers in the landfill, no additional mouths to hog resources), especially if we can get the third world on board with a similar plan--though there would remain a few kinks to work out re the immigrant labor stream (see above).

If the nation needed more kids, you know our leaders would view the family not as a site of personal pleasure only, but also as a site of production, in which some social investment would be appropriate (like health care, like paid sick days...). If the nation wanted to encourage women to both raise and educate kids at the same time that they hold down the jobs that allow them to feed those kids and to contribute their skills and talents to the national labor pool, they would make it easier, not harder, to do both. QED. No babies wanted.

How could we have missed all those hints? The implied proposal to end procreation as we've known jumps out so clearly, when you look at the actions rather than the words.

It will take us a little time to figure out what to do with ourselves once we don't have to plan our activities around kids--Christmas will not be the same. But we'll have plenty of time for that reading we've been meaning to get to, and for those home improvement projects that were interrupted by all the games those kids kept insisting on, the camping trips, the homework sessions, the loads of laundry. And we can finally really put to the test whether the sex drive has some subliminal link to procreation. Or is it entirely separate?

Of course it's not just the new longevity that allows us this new life pattern. Sixty years ago, when Kyl's mother brought him into the world, there was no hormonal birth control and women were stuck having kids willy nilly. Not so today. As part of their program to end procreation, Senator Kyl and friends should be introducing birth control into the national water supply shortly.

So the world has been run by stealth environmentalists and radical family planning advocates all along! I can see now that they have no other motive than the good of our country in proposing the end of procreation, and that the next move toward resolving the nation's problems lies in the laps of the ladies (or, in this case, does not lie there). I myself will not be able to participate in the new childfree regime, my youngest being now four years old, but I am at least past child-bearing and will not be contributing further to the excess population.