The final week of school is about to begin. Which also means the end of the school dress code for the next two-and-a-half months. At least that's what my 12-year-old daughter is counting on.

When the weather is warm, not a day goes by that she doesn't bring up the dress code, usually with an eye-roll or an exasperated, "They just don't make shorts that are mid-thigh!" followed by stomping and tearing through her drawers looking for an acceptable skirt or leggings.

I know a lot of her frustration at this age comes from having to follow the rules, which seem unfair to her. "Why do we have to wear long shorts?" she asks. "It's so hot, so why can't I wear this tank top?" And I always have the same answer: because it's a school rule.

This is the easiest response at 7:36 a.m. with three lunches to pack, one toddler to dress, my teeth to brush and 14 minutes until they pile into the car for the ride to school. But it's not the best response and with summer coming up, it simply doesn't apply.

My daughter can't wait to wear short cutoffs and skinny-strapped tanks and strapless summer dresses. Me, I can wait forever -- or at least until she's 25. I've been thinking about why that is. Am I just old-fashioned now that I'm in my 40s? Probably. Am I afraid the way she dresses will lead to unwanted attention that might embarrass her? Yes. But more than that, I'm concerned that at this age, when she's just beginning to come into herself both physically and emotionally, she doesn't have a strong enough hold on how she feels about her changing body to display so much of it to the world. I am worried that she is leaving herself open to critique or judgment or appraisal that could rattle her body image forever.

More than telling our girls what is and isn't appropriate to wear, we need to teach them how to love and respect their bodies and really own them. We need to teach them that what makes their bodies special and powerful is how they treat and think about themselves. Simply giving them a Do Not Wear list that is primarily based on lengths and measurements and degrees of reveal sends the message that parts of their bodies are somehow bad or unwanted. Girls, especially in middle school, are going through rapid body changes. They shouldn't feel ashamed of their curves or their skin; they shouldn't worry whether or not their bodies, which are normal, are disturbing or distracting to someone else.

We need to temper the tendency for girls to feel shame or embarrassment with the conversation about what it means to feel comfortable and confident in their bodies. Girls need to have a voice in the discussion around the why behind the what: Why is there a dress code? What does it mean to respect my body? We can talk about why there are some environments, like school, where it might feel more empowering to wear a t-shirt instead of a tank top, jeans instead of a peek-a-boo skirt.

This summer, as we wade through the pros and cons of short denim shorts in waist-wringing sizes, strapless dresses and cropped tops with dipping necklines, I'm going to have a meaningful body image conversation with my daughter. I'm going to challenge her to really think about what it means to respect and love her body, to be amazed by what it looks like, how it's changing and what it can do. I want her to feel true ownership of that gorgeous vessel and have the confidence to care for it, protect it and share it on her own terms.

By the time September rolls around, maybe the school dress code won't really matter that much anymore -- because she'll have one of her own. 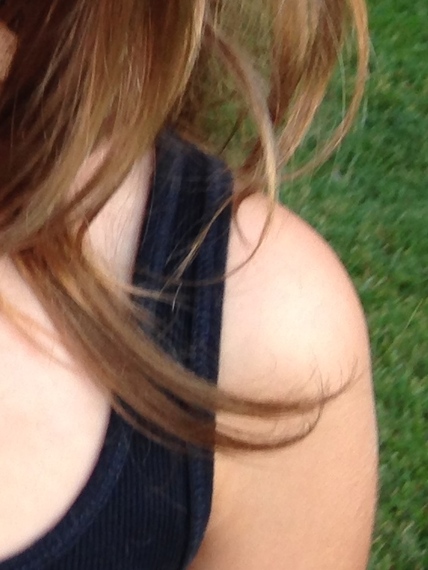 More:
school dress codesempowermentMotherhoodParenting Parents
Newsletter Sign Up
Raise the kind of person you'd like to know
Subscribe to our parenting newsletter.
Successfully Subscribed!
Realness delivered to your inbox