How did you spend your summer? I spent mine completing work for the exhibition A Family Affair curated by Megan Voeller. Because it was mounted at The University of South Florida Contemporary Art Museum in Tampa, my alma mater, being included was especially rewarding. Several of the characters featured in my work began there. Although I have many guest stars, here are 10 of the 30 characters I embody as an adult. Five (not pictured here) of the 35 in total are childhood photos of me collaged to represent a new generation. 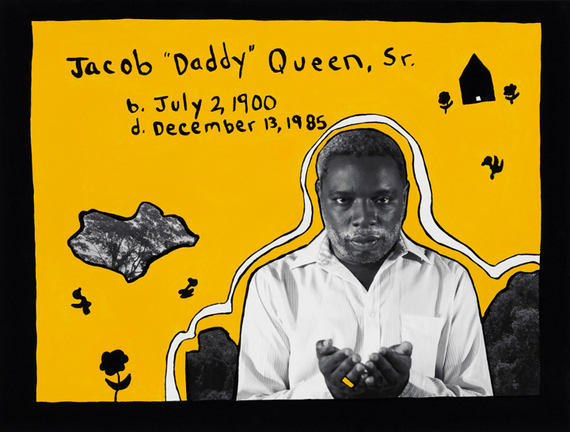 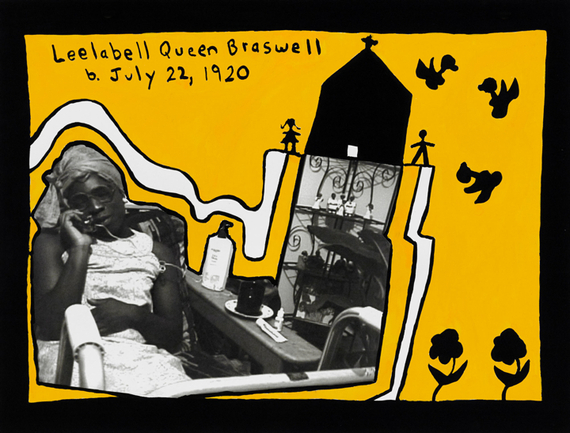 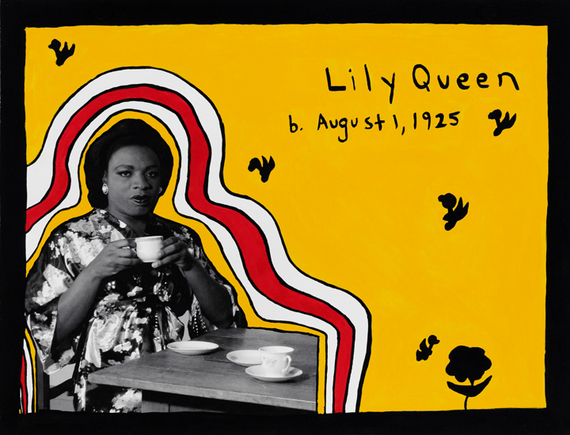 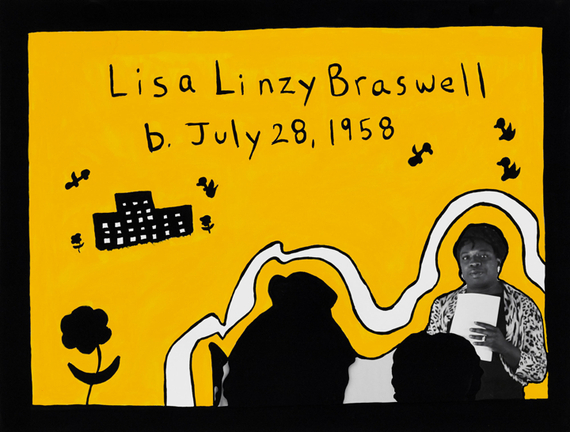 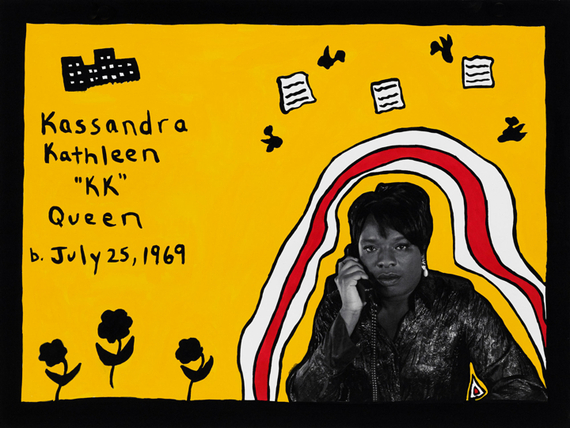 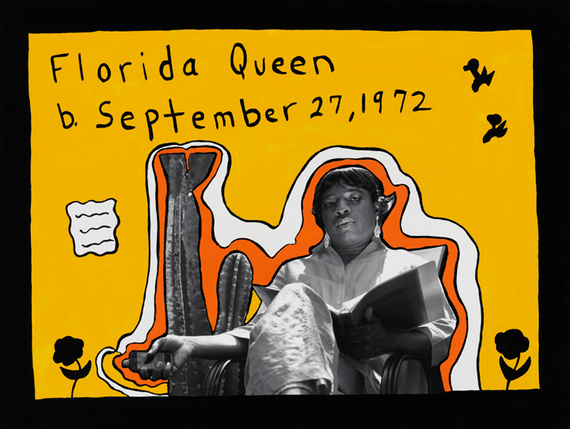 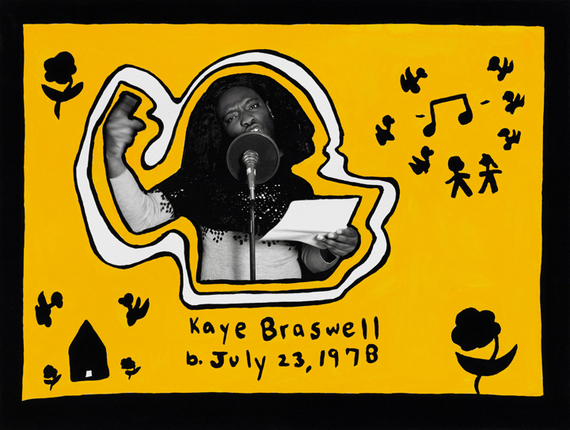 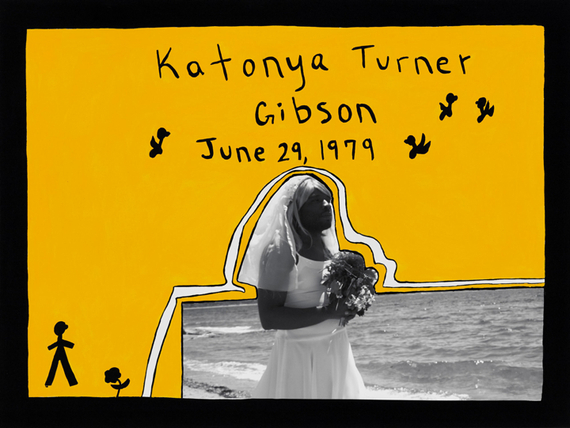 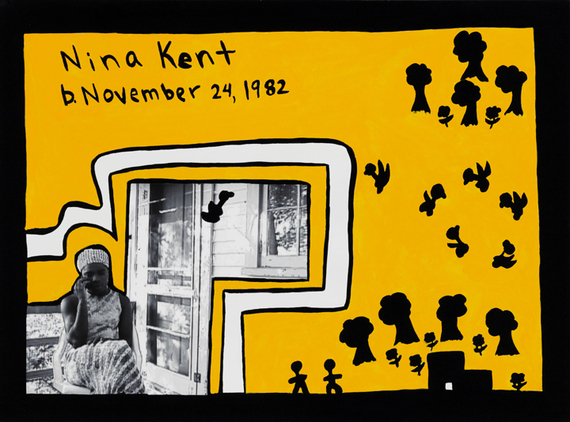 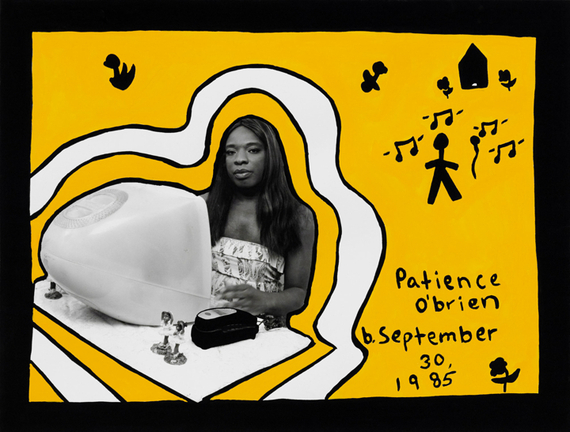 all images scanned by Will Lytch, USF CAM

Below I have included the curatorial statement (by Megan Voeller), installation and detail shots of works included in the exhibition.

The artists of A Family Affair adopt a range of approaches, from documentary to fiction, to articulate visions of self within interpersonal and historical family contexts as well as broader frameworks of race, class and gender, often collaborating with family members to realize their art. 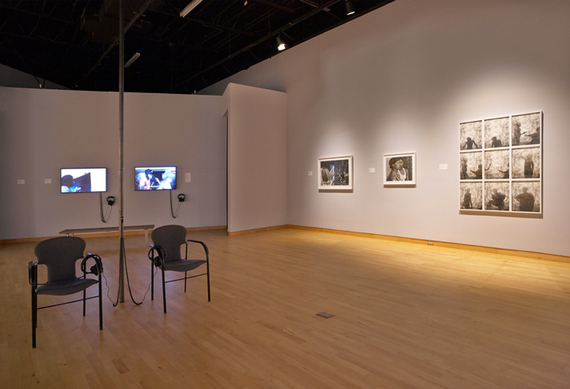 Queen Rose Family Tree (2013-2015) (see above images), is a new installation of 83 photographic collages commissioned for A Family Affair by USFCAM. It details a fictional family tree that resembles my actual family, (my actually family are also cast members), including the invented cousins, Taiwan and Kaye Braswell. Embodying the Braswell cousins and others from the tree, I perform original songs and soap operatic narratives investigating love, loss and the challenges of artistic and sexual self-realization. 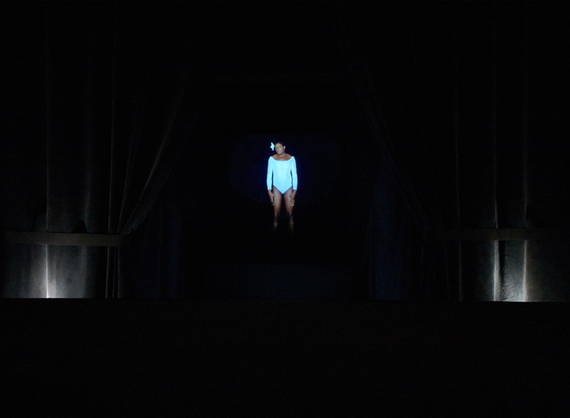 Renee Cox is known for her provocative photographic works that overturn race and gender stereotypes. 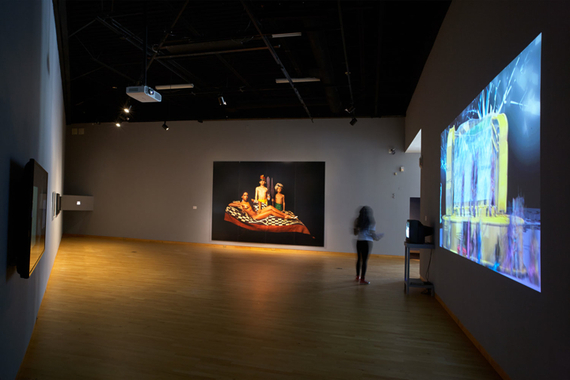 In Olympia's Boyz (2001), a 14-ft-wide Cibachrome print mounted on aluminum, Cox restages Manet's iconic painting Olympia (1863), replacing the image's central figures--a white prostitute and a black maid--with herself, an empowered black matriarch in the nude, and her biracial sons. 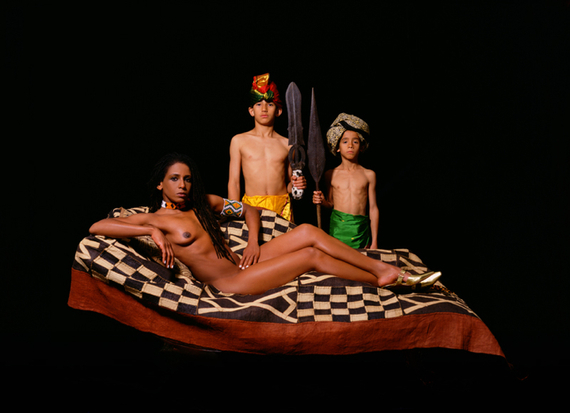 LaToya Ruby Frazier's documentary photographs explore the relationships between three generations of women--Frazier, her mother and grandmother--against the backdrop of Braddock, Pennsylvania, a struggling industrial borough outside of Pittsburgh. 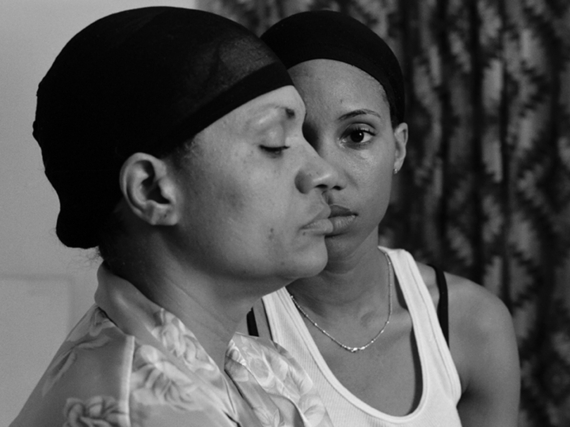 Along with a selection of Frazier's black-and-white photographs, the exhibition features Detox (Braddock U.P.M.C.) (2011), a video that addresses healthcare inequity and environmental contamination in Braddock. 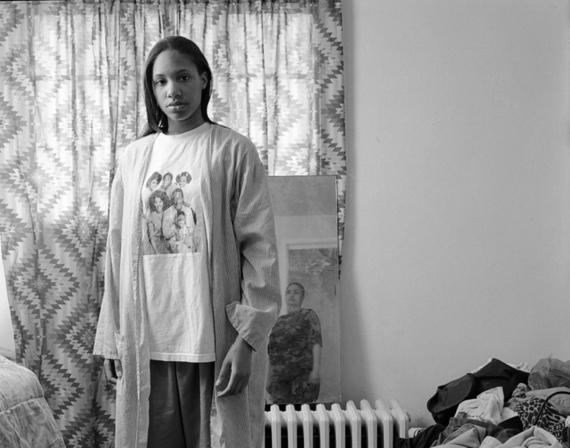 Huxtables, Mom and Me, 2008. gelatin silver print. 20x24 in. Courtesy of the artist and Michel Rein, Paris/Brussels. 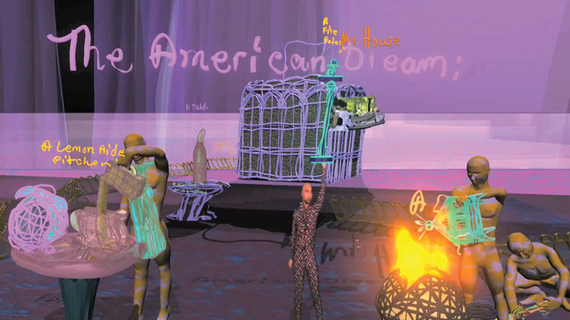 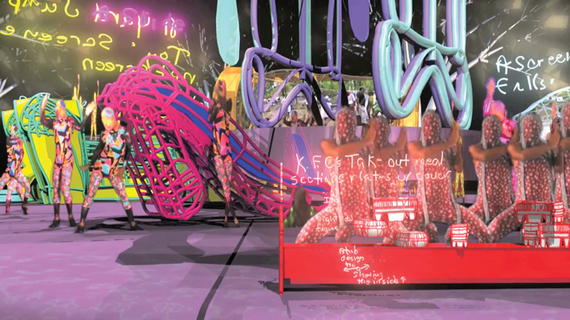 A Family Affair includes individual and collaborative works by Hank Willis Thomas and Deborah Willis. A collaborative self-portrait, Sometimes I See Myself In You (2008), merges the faces of both artists, who are son and mother.

In Words To Live By (2008), Thomas and Willis pair images of the mouths of ethnically diverse friends and family with proverbs that offer advice for living wisely. 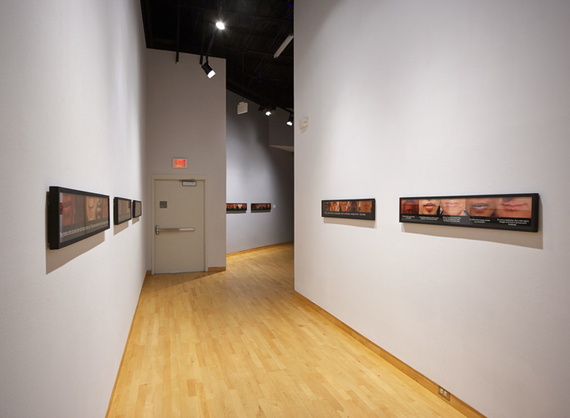 From the Words to Live By Series, 1-9, 2008. nine digital c-prints 8x50-1/4 in. each. Courtesy of the artist and Jack Shainman Gallery, New York. installation shot by Will Lytch, USF CAM.

During the exhibition Dutch-born, Detroit-based photographer Corine Vermeulen will be in residence at USFCAM. Vermeulen will undertake a three-month community-based project in collaboration with the University Area Community Development Corporation, photographing residents of the University Area neighborhood adjacent to USF's Tampa campus in exchange for stories of community and family life. An installation of Vermeulen's photographs and the accompanying stories will accumulate at USFCAM over the course of the exhibition. 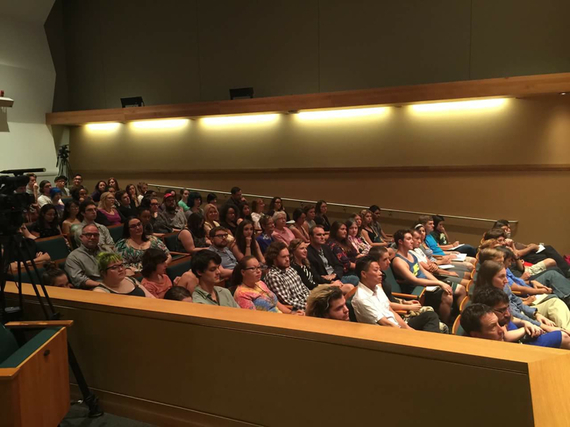 To my fellow artists, do you include your family in your practice and/or process? If so, what is the experience? If not, why?