Many of us are holding our breath, anticipating that this time former South African president Nelson Mandela may not pull through. This great man means so much to not only South Africans, but to millions around the world. He has been a beacon -- a shining light that has burned hot and bright for almost 60 years for those most grievously harmed, disenfranchised, and brutally abused educationally, economically and physically. He himself has been tortured, kept from his children and family and his people -- those who for decades were treated as less than human.

Early on, he recognized that all people of South Africa were entitled to full citizenship and he worked and sacrificed to make it so. I think he fought for more than just black and colored people getting full rights, although they carried the greatest burden of pain and shame imposed on them by a small and powerful group. I think he saw that if he and others, who shared his dream of a fair and just South Africa, worked harder, put their lives on the line and never gave up, that things would have to change for all of South Africa. And they did. To me, he is one of our "modern saints" -- Dr. Martin Luther King, Gandhi, Steve Biko, and many others, who knew that setting a right was their "karma", life's work and mission. These people could not rest without doing something -- even at the risk of losing their lives.

When Mandela was released from prison, there was a collective sigh throughout the world and when he came to Chicago in 1994, I was honored to be invited to a reception to hear him speak. I still remember my first impressions... Mandela was tall, thin and carried himself like a man who knew his destiny and the burden that came with it. I stood there and felt I was witnessing a great event in history. I saw a man that bore his crosses and now wanted his country and the world to help them move ahead. Inspired, I started my trips to South Africa and since then, have only missed visiting the country twice in the last 18 years. I have seen drastic changes in many areas of the country, but still realize that more change and attention is needed. The country is better and there is hope.

In talking to my South African friend recently, I expressed my sympathy to her about his illness and told her that he will leave a huge legacy that will affect history and millions for generations to come. What she said in return was an eye-opener to me. First she apologized for what she was about to say and then she told me that by mentioning his legacy I was basically saying he was dead already, and that it was insensitive to her. She asked me how I would feel if she said to me these same words and my father was not dead. She told me he is "our father, and we understand that he is very ill, but we are not ready to let him go." It will take a long time for her country and people to recover emotionally from his passing and saying he was already gone was more than she could bear.

I started thinking about what she said and it made sense to me. Mr. Mandela was more than a leader; he was a father to his people and those leaders who followed after him are his grown children.

Like a good father Mr. Mandela worked tirelessly for his children, he forgave them when they did wrong and made sure that they discussed "in daylight" these wrongs, i.e., the Truth and Reconciliation Committee. He asked the people of South Africa to take a long look at who they were and what they wanted to be in the future, and to realize that they were better together than apart. He challenged them to be honest, and like a good father, acknowledged their triumphs and struggles, all the while encouraging them to do their best. When it was clear that a real democracy was beginning to take shape for all the people of South Africa, like a good parent, he stepped aside knowing that they were ready to continue the struggle to move forward.

There are so many good things taking place in South Africa now and saying that, we know there are also big challenges ahead. But if they follow Mr. Mandela's vision, they will survive and do so with everyone being an integral part in making sure this country not only survives, but continues to be a leader on the continent. The people of South Africa are the new beacons for Africa; they carry the vision of their father.

Knowing that you leave behind a legacy, Mr. Mandela, I believe, like all loving parents, you will never be forgotten nor the love for your country and its people. You have inspired them to continue your work in their hearts and souls. And remember, you are not only a father to South Africa, but to many of us around the world, who have benefited from you being our light, our beacon. We love you father.

Trying to be the best parent I can.

Mr. Mandela: A Father to So Many of Us
Thank You Mr. Mandela 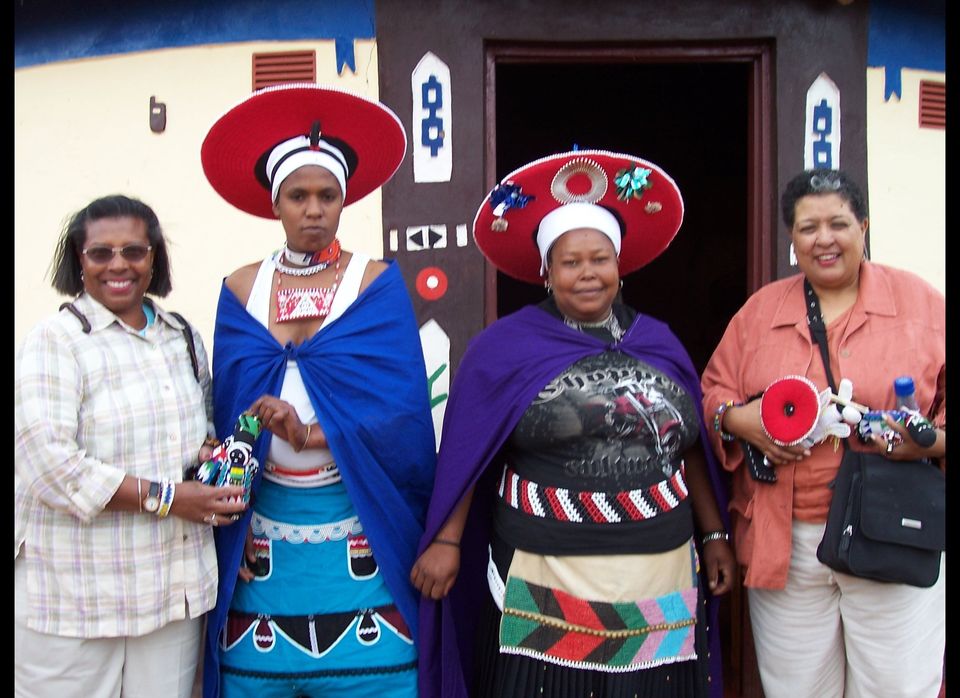