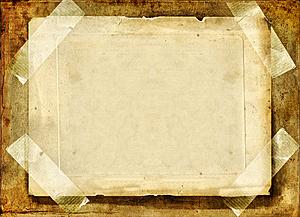 If there's one thing I can't stand, it's unfinished stories.

I never bail in the middle of a book; I listen to songs all the way through; I've even sat through entire Adam Sandler movies. That's hard.

And so it is especially frustrating to me every June when I think of my father on Father's Day, and once again confront the great unfinished story that was our relationship.

For most dads, the third Sunday in June is a time to celebrate bad neckties and good fortune. But for others, it is a day of reflection, a quiet moment to assess the complex consequences of our own back stories. For me, this is never easy.

My dad died 14 years ago this month, four days before Father's Day and 10 days after the birth of my first child. Those two events, simultaneous and seismic, were like jumbo jets soaring past one another in the night sky. By then my father and I were nearly estranged, and so consuming was the journey on which I had just embarked that I barely had a moment to look back over my shoulder for a final glimpse of Dad. But he had already receded from view.

That he had never gotten to hold my new baby broke my heart. That my daughters will never get to meet their grandpa breaks it daily.

My parents divorced when I was young, so I grew up amid fractured portraits of my father -- a blurry memory here, a family legend there. It seems I've spent my entire life struggling to pull Dad into focus, as if flipping through channel after channel of snow.

I remember the funny man with the scratchy face and gravelly voice and thick, dark-rimmed glasses. He owned a toy store in Baltimore, and every Friday night he brought home a box load of inventory for his four small boys -- trains and teddy bears and little silver robots with red light bulb eyes. I was only 3 when I learned the word "surplus," and I liked hearing it.

I remember the angry man who fought loudly with Mommy, then moved away to New York City. The house grew quieter, which I didn't mind, and lonelier, which I did. Over the next decade, visits with Dad grew more infrequent and less satisfying. In 1964, my brothers and I joined him and his new wife for an exciting trip to the World's Fair. In 1974, my mom was my only parent to attend my high school graduation.

And, of course, I remember the broken man who had amassed a fortune as a stockbroker, only to watch it evaporate at the hands of a shady client. By then I was living in Manhattan, a college graduate eager to show my father I could be more to him than simply a sad reminder of his failed first marriage. My longing to forge a bond with him was my constant companion, yet our occasional dinners at his favorite East Side steakhouse were always tortured affairs.

"Let's get into the trenches," he'd say, announcing once again his need to talk about his divorce from my mother and his heartbreaking bitterness about it all. I always left those dinners feeling empty.

So, yes, by the time Dad died, I felt a burden lift. And I convinced myself that if I poured everything I had ever wanted my father to be for me into everything I wanted to be for my own children, I would somehow write that closing chapter to Dad's and my story.

I wasn't foolish enough to expect a happily ever after, but I thought I could conjure something that resembled hope.

So I doted on my girls, and taught myself to enjoy Barbie dolls and Golden Books and playing dress-up on Saturday afternoons.

I looked forward to arraying our dining table with watercolors and art pads and bowls of fruit, if only to hear my daughters' joyful screams -- "Still life!" -- when they barreled in the front door and quickly took their seats at the table.

And I learned to grapple with the crippling self-doubt each time I failed my kids, convincing myself it was okay to have punished them, or missed a school event or, worst of all, made them cry. The first time one of my daughters, red-faced and furious, screamed, "I hate you, Daddy!", it was like a knife to the heart. But some deep inner-wisdom -- or, more likely, survival mechanism -- told me that in the turbulent, beautiful, complicated universe of parenting, those words somehow meant she loved me.

My daughters are now 10 and 14. Bridgette is heading off to high school, armed with her mom's grace and equanimity, and a dose of her dad's mischievousness. Audrey, like any youngest child, has a piece of all of us in her -- Mommy's love of books, Daddy's love of music, Bridgey's love of life.

But both girls have their grandpa's soul -- his temper, his humor, his passion. Those are the same gifts he gave to me. And though I'll probably never succeed in finding that elusive end to Dad's and my story, I take comfort in knowing that my children, each and every day, are writing it for me.

[This essay originally ran in the June 18, 2009 edition of USA Today; Bruce Kluger is co-author of the new book, Dear President Obama: Letters of Hope From Children Across America]