Legions of creatures skulk and caper across the pages of classic children's literature. Vampires and werewolves, dragons and sea serpents, trolls and behemoths. I am partial to them all but, as with most things, I prefer the oddities. The outcasts. The eccentrics. When my publisher asked if I would like to contribute a list of my favorite literary creatures, I said, "I'd love to, but with a caveat. You have to let me plump for the weirdos."

Now. Before we get to the list: a warning. The creatures in the books I have selected are not your average, run-of-the-mill manticores and jackalopes. These are the mavericks. I am certain they will go some way in satisfying any eccentric creature hunter. (By this, of course, I mean hunters of eccentric creatures and not creature-hunters with mismatched socks or an errant facial twitch. Can you imagine? Mismatched socks!)

Of course, if you want truly eccentric creatures, if you are really after the very strangest of the strange, there is only one place to go. That would be...ahem...to my book, of course: The Creature Department. That's right, people. A whole department. Full of them. Where else will you find Parisian fairy-bats, imperious bombastadons, dopey knucklecrumplers, and wisecracking bog nymphs? Nowhere but through the secret doors to The Creature Department.

However, I understand some of you may not yet be prepared for such monumental, all-consuming weirdness. If that's the case, try one of these instead: 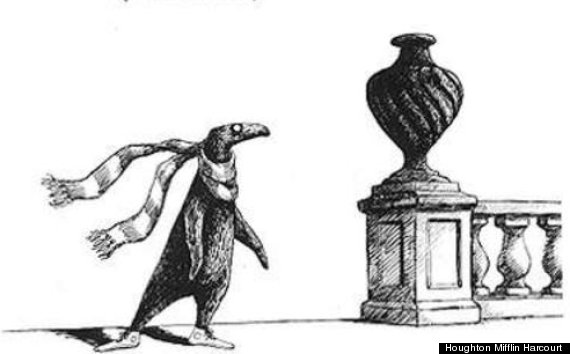 2. The Mulefa in The Amber Spyglass by Phillip Pullman
Talk about eccentric. The mulefa are elephantine creatures who live in mud huts and roll around on gigantic seed-pods. They are particularly adept at tying knots. With their trunks.

3. The Vug in There's a Wocket in my Pocket by Dr. Seuss
Classic Seuss books have too many eccentric creatures to name, so what makes the Vug stand out? He was censored for being too frightening--in 1996, 22 years after the book was first published. What was wrong with people in 1996? 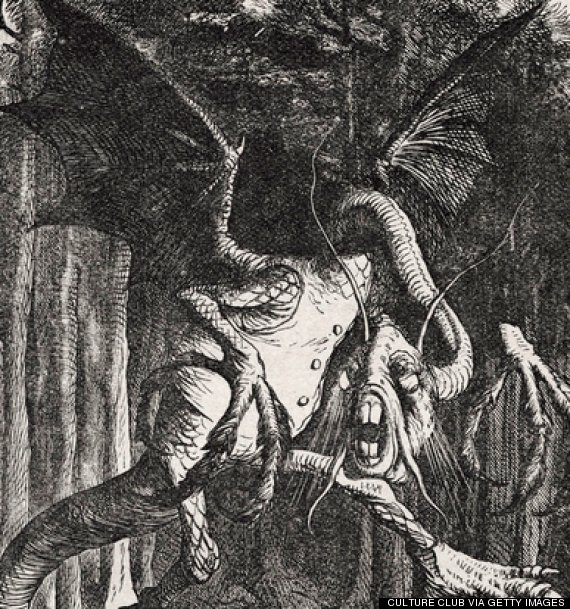 4. The Jabberwocky in Alice's Adventures in Wonderland by Lewis Carroll
What could be more eccentric than when your borogoves go all mimsy?

5. The Ravenous Bugblatter Beast of Traal in The Hitchhiker's Guide to the Galaxy by Douglas Adams
If confronted by the Beast, toss a towel over your head. Trust me. 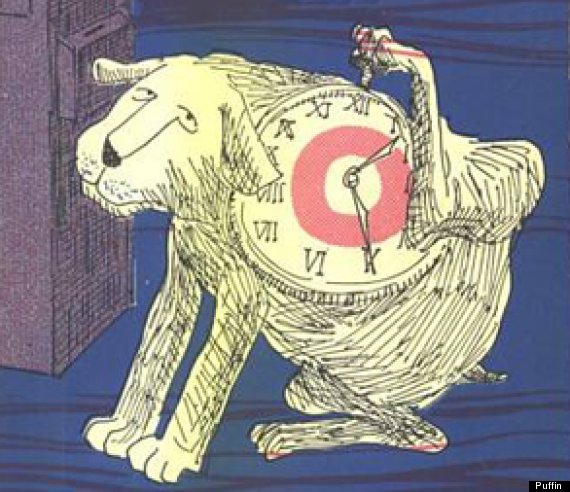 6. Tock, the watchdog, in The Phantom Tollbooth by Norton Juster
True to the book's anthropomorphic punning, Tock is a friendly guardian who lives up to his name (he has a whopping great watch face embedded in his flanks).

7. The Black Rabbit of Inlé in Watership Down by Richard Adams
Who would have imagined the Grim Reaper...as a bunny rabbit? Shiver. 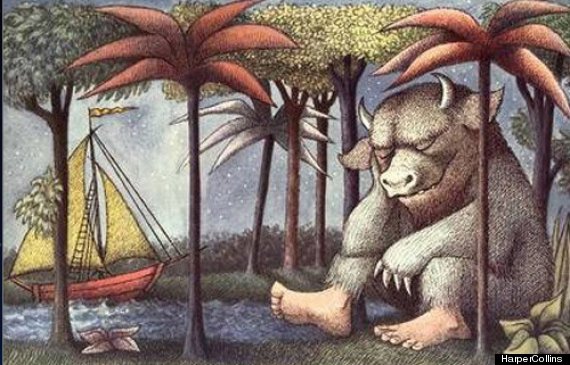 9. The Groke in Finn Family Moomintroll by Tove Jansen
The Groke is shaped like a big purple hill, with angry eyes and shining teeth. She is extremely fearsome and--perhaps as a result--rather lonely.

10. Skellig by David Almond
Is Skellig the logical evolution of a pterodactyl? Is he an angel? Is he a homeless man with a grievous spinal deformity? Also, which tastes better: Chinese food and beer...or insects?

11. The Whangdoodle in Charlie and The Chocolate Factory and The Minpins by Roald Dahl
You need a keen eye to spot a Whangdoodle. Willy Wonka only mentions the creature briefly (he once rescued a Oompa Loompa from a Whangdoodle), while in The Minpins, the children are warned that the creatures haunt the nearby woods.