It's Friday and Drew and I are out with the Loon Preservation Committee's (LPC) senior biologist, John Cooley to take rafts and floating signs in for the winter. It will take a couple hours for us to grab signs at Plum Island in Roberts Cove and Winter Harbor near Tuftonboro on Lake Winnipesaukee, but we will get to see how the loons and chicks are doing today.

As we head towards Plum Island in the boat, we spot a parent loon and chick. They are near the raft, which has been acting as their nest this season, and we plan to move it ashore. Some loons prefer to nest on rafts as they have obvious boundaries to spot predators and can rise and fall with changing water levels in the lake. Yet, if a loon is attacked, they are tough birds. In Maine, it is reported that a pack of loons attacked an aggressive coyote, causing it to drown. 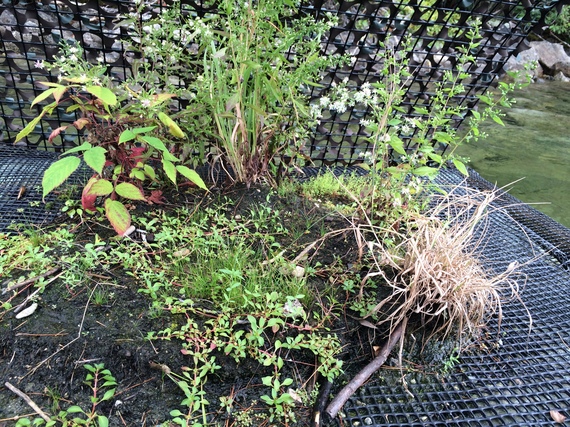 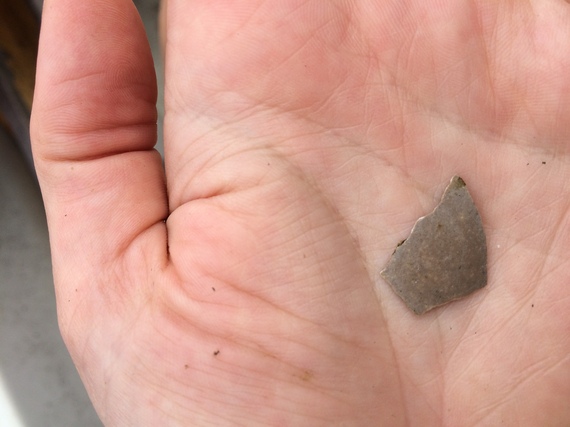 We pull the raft onto shore and the mother and baby swim closer to our boat. The chick swims in so close that I see its beautiful gray feathers beneath the water. Its small head ducks under water and then emerges, peering sideways at us. The parent swims closer in order to get in between its chick and the boat. Suddenly, it calls out. After the abrupt song, the parent and chick swim further off and do not return while we do our work hoisting the raft onto the rocks and anchoring it for the winter.

Floating signs and rafts help protect loon nesting areas and newly born chicks. Boats see the orange signs and slow down or keep a look out for birds they otherwise did not know were around. LPC has been using these tools and others since 1975 in order to help the loon population rebound from less than 100 pairs of loons that year to over 280 pairs of loons in 2014. 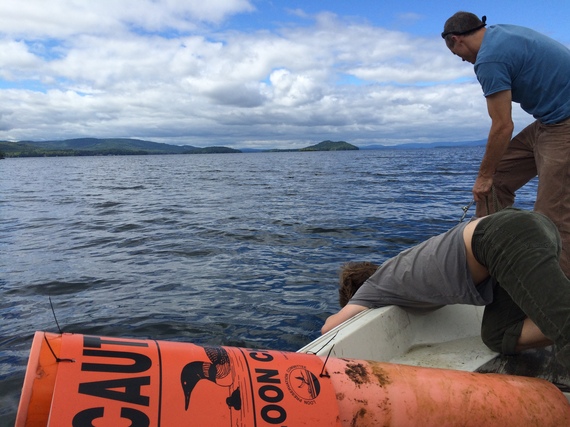 Loon populations were down due to dramatic human development and lack of awareness of populations' needs. LPC has worked tirelessly with over 1,500 members and volunteers to restore a healthy population of loons to New Hampshire's lakes and promote awareness of loons to the public.

While LPC has made great progress protecting loon populations, they remain threatened by continued lakefront development, lead, and climate change. Annually, between six and eight loons are killed by lead sinkers and jigs used in fishing. It is the single greatest factor in adult mortality. Fortunately, a new ban on lead sinkers and hooks that weigh less than one ounce will become effective in New Hampshire on June 1, 2016. 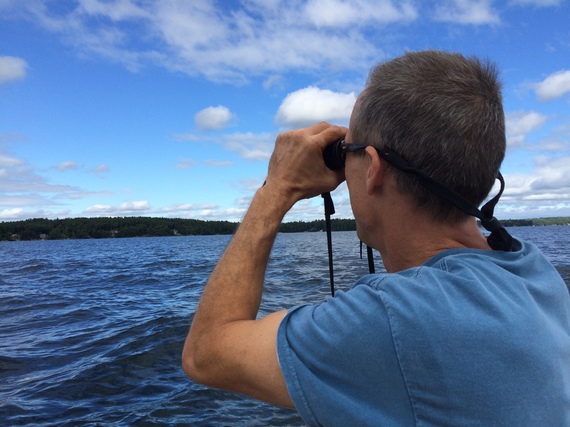 As we passed people on shore, they would see the words 'Loon Preservation Committee' emblazoned on the side of the boat and call out to John telling him about the loons they'd seen and ask how the loons are doing. We saw two more loons fishing in the Broads and another parent and chick in Winter Harbor. The chick appeared to be learning how to fly. It would rear up, spread its wings, flap wildly, and then fall sideways. As winter approaches, most loons will migrate to the coast and to the south to winter at sea. Some fly as far as Long Island Sound. Many loons return to the same sea cove each year and come back to the islands on the lake where they were born in the spring.

Yet, loons face a challenging future as climate change impacts the environment. In the spring, when they return from their long journey, the lakes may still be frozen due to longer and harsher winters. Or climate change may cause waters to warm significantly and alter the lake's habitat so the waters and its ecosystems no longer support the food loons depend on and they will have to migrate north to find a suitable environment. A recent study by the Audubon Society found that by 2080 the nearest loon may be in Canada.

Loons are heralds of a healthy environment. Hopefully with continued protection and hard work we will be lucky enough to hear the call of the loons for years to come.

Freelance writer, who focuses on science, community and politics