My latest lifelong dream is to get paid for being hilarious, be it stand-up or a well-written film or television show. Around the time of this revelation, one of my "real writer friends" -- who was actually making quite a name for himself in screenwriting (the real, paid kind of screenwriting) -- mentioned an up and coming producer who was making a name for herself in film and suggested that she would be an excellent person to speak to in regards to learning everything about the process of getting my little ideas onto the big screen. He was also very impressed by how determined she was to carve her own path in this very competitive industry, and suggested I join forces with her when I am ready to transition into the development phase.

As fate would have it, this new connection wound up being Marlinda Walcott -- an old friend of mine from high school whom I had no clue was now working professionally in film. I quickly found out that Marlinda was the real deal, holding legitimate producer roles in feature films such as the psychological thriller Victims, starting Katherine Isabell and Christian Campbell and indie hits Goon, starring Seann William Scott, Jay Baruchel, Eugene Levey and Liev Schriber and romantic comedy What If/The F-Word starring Daniel Radcliffe and Zoe Kazan. She has also worked on video game franchise hits such as Silent Hill: Resolution and Resident Evil: Retribution, both films having combined, worldwide gross of over $300 million. She was, in fact, the real deal. 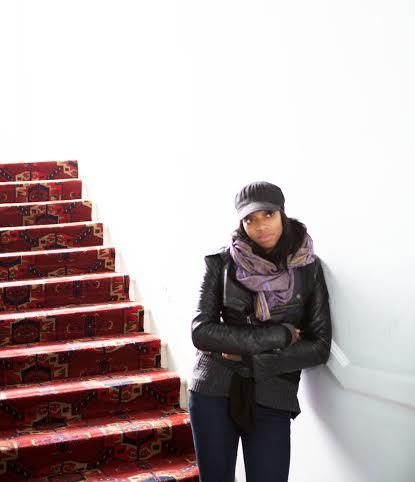 I am certain that there are a few comedy writers out there who would love to see their name in the credits, but have no idea how to get there. In the spirit of sharing, here are a few highlights from my many conversations with producer Marlinda Walcott in hopes of helping my fellow aspiring screenwriters and producers.

Me: Over the past decade, you've held a producing role in hundreds of millions of dollars' worth of film and television projects. At what point in your life did you decide that this was what you wanted to do for the rest of your life?

MW: Growing up, I always had a natural curiosity for how things worked. And watching films was no exception. I was constantly curious about how they picked the actors, or the cost of a scene, or how they picked that particular location. I remained constantly in awe of the filmmaking process. So it was in my early teens when I decided that I would be a part of making films, from conception to completion. I then spent the next few years immersing myself in every aspect of the behind the scenes world of production, from music videos to commercials and short films. 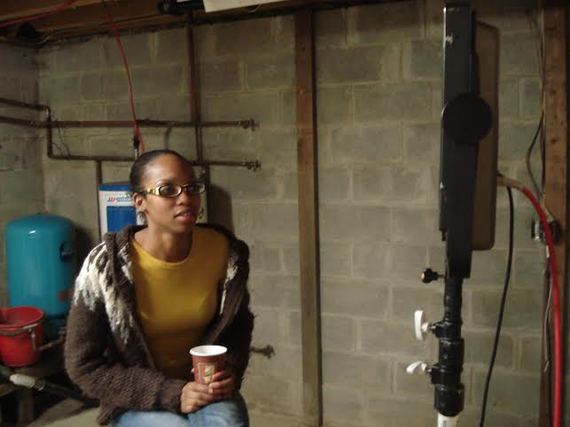 Me: How does one transition from aspiring to successful when it comes to being a producer of both independent and studio projects?

MW: First and foremost, you need to find a project/story that you believe in something that will keep you going during the long and sometime tedious process that is making a movie. You must to be an extraordinary networker. The majority of the job is based on your relationship management skills and ability to talk to people and understand their individual creative needs. You must also possess an understanding of the intricate financial planning these projects require. No matter the budget, there is always a budget, and it is the producer's job to stay within that budget and ultimately keep investors happy. Frivolous budgeting can and will ruin a project -- I know of a few fantastic movies that didn't make it into production because investors lost faith and pulled out.

Me: So basically sales savvy and good at money management equals a great producer?

MW: Yes, among many, many other things. Because managing the money means managing the expectations of the creative minds involved (director, writers, etc.). Staying within budget without compromising anyone vision is a delicate art. The producer's responsibility is to offer creative suggestions to fill the void of a scene which can't be shot due to budgetary constraints. However ultimately, the producer should plan accordingly in order to complete the project within budget while not compromising the overall creative vision. It is quite the delicate task.

Me: And now for the predictable question: being a woman in a male-dominated world, yadda yadda, you know where I'm going with this.

MW: There is definitely no shortage of horror stories in this industry pertaining to the treatment of women on set. I'm not going to say I've never been hit on inappropriately or not taken seriously because I'm a female, however for the most part I've been lucky to have been considered a colleague by some of the industry's best. It's important for women getting into production to really get to know the craft and remain confident and firm. I've been able to produce movies under budget numerous times, and having a reputation for achieving such a task will open doors. But like I said, there is a mountain of responsibility involved with no room for oversight, so male or female you need to be confident and resourceful at every point in the project.

Me: Any last words for aspiring filmmakers?

MW: Just start. Follow through on your ideas and learn by doing. And never hesitate to seek out those who have accomplished what you are trying to do and soak up their knowledge. 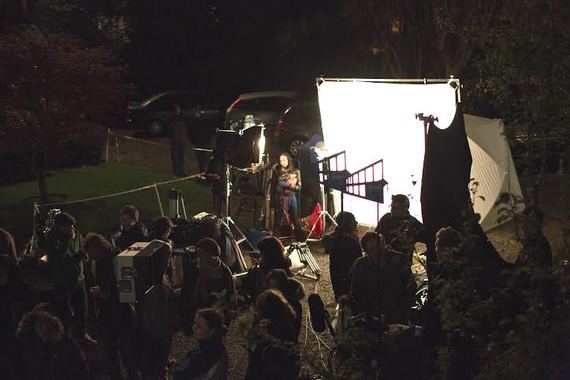 So there you have it. I absolutely urge anyone looking to try their hand at
filmmaking to seek out an accomplished professional, like I did, to learn the intricacies of the craft. Because while you may think you can just figure it all out, production is a delicate art that cannot be approached casually.