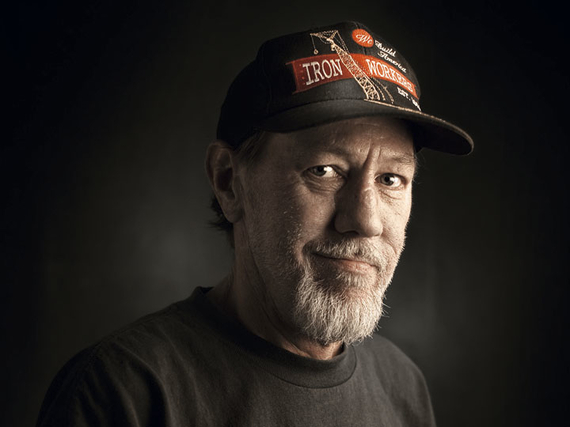 America's community of death row survivors bids a farewell to another one of its own. Gregory R. Wilhoit, who had spent five years on Oklahoma's death row after being wrongfully convicted for the brutal murder of his wife, died in his sleep on February 13.

Greg had suffered. Suffered a whole lot. He was convicted of killing his wife Kathy -- the mother of his two little daughters, then 4 months and 14 months old -- on June 1, 1985. The case rested on the testimony of dental experts, one of them barely out of dental school, who said the bite mark found on Kathy's body matched Greg's teeth.

But that wasn't all. Greg was a victim of bad lawyering. He hired two lawyers who were incompetent and did not defend him. In fact, Greg's defense counsel came to court drunk and threw up in the judge's chambers. And Greg was convicted in 1987 and sent to Death Row, because after all, somebody had to pay.

"All they wanted me to do was enter a guilty plea, despite the fact that I had pleaded not guilty," Greg said in an interview over a decade ago. "I felt helpless and defeated. I felt I was going to be convicted and there was nothing I could do about it. The experts against me were very convincing. If I had been on the jury, I wouldn't have hesitated to find me guilty."

The jury took merely two hours to return with a guilty verdict for Greg. "I was sentenced to be executed by lethal injection, but I was shaken even more when the judge told me that I might be electrocuted, hung or shot if necessary," Greg recalled. This would prove to be the most sobering moment of my life.

In 1991, Greg's conviction was overturned when 11 forensic experts testified that the bite mark found on his wife was not his, and an appeals court ruled that Greg had ineffective counsel at trial. He was released, and ultimately acquitted on retrial in 1993.

Still a death penalty supporter in his third year on Death Row, Greg would become a strong opponent of capital punishment. Along with his sister Nancy Vollertsen, he became a member of Witness to Innocence, the national organization of death row survivors and their loved ones.

Like many innocent people who are released from prison, Greg Wilhoit never received a penny for his troubles, not as much as an apology for the suffering he endured, and for what they took from him. That would surprise those people who assume that the wrongfully convicted all receive ample compensation, set for life, with riches lavished upon them. Although the Oklahoma legislature had passed a compensation law allowing up to $200,000 for the wrongfully imprisoned, officials told Greg that he wasn't eligible because he needed a pardon, but was ineligible because he was innocent.

The tortuous conditions of death row -- in which prisoners await their own homicide in solitary confinement -- took an emotional and psychological toll on Greg Wilhoit. He had to grapple with his Post-Traumatic Stress Disorder, and deteriorating physical health challenges.

"Greg was one of those men who suffered the greatest because of his death row conviction. He not only lost his wife but his kids as well as he sat on death row for a crime he did not commit," said Ron Keine, assistant director of membership and training at Witness to Innocence, himself an exonerated death row survivor who had spent two years on New Mexico's death row. "Even after his release he never fully connected with his kids. This bothered him greatly. We almost lost him a few times in the past where he pulled through like a trooper. I mean like the man walked out of hospice, where he was near death, and got married to a sweet lady and began life again," Keine added.

In spite of his deteriorating frame, the man had a strength about him that could not be denied, and allowed us to draw strength. "Greg's style of speaking was unique. He could make the audience cry and laugh at the same time," Keine reflected. And despite his pain and suffering and all he had seen and lost, Greg was able to crack a joke and make us laugh.

It is not funny that Greg Wilhoit never received a penny for his troubles. We will miss him.