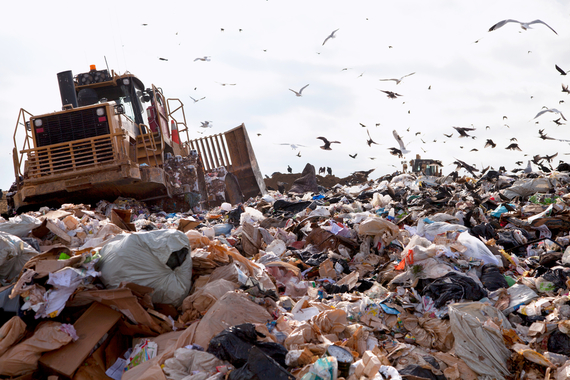 Americans today are paying closer attention to food waste, long a European concern. Helping them reduce that waste is an important new opportunity for food and restaurant brands. Like Ikea and EasyJet, who have made the spartan ethic trendy, food firms can make this an integral part of their brand story. It's a welcome development given that Americans throw away between 30-40 percent of our edible food every year. Mainstream food brands need to rethink policy and get creative to drive both internal and consumer food-saving behaviors.

We all instinctively know that it is senseless to waste a perfectly good meal that could go into the mouths of the hungry. But there is also a hefty price tag for food waste to business and society. It has only recently been quantified: an estimated $165 billion per year. What's more, every ounce of the estimated 33 million tons of food we don't eat contributes far more than its weight in waste. According to the NRDC, getting food from the farm to our fork eats up 10 percent of the total U.S. energy budget, uses 50 percent of U.S. land, and soaks up 80 percent of all fresh water used in the United States. Uneaten food also ends up rotting in landfills where it accounts for a considerable portion of methane emissions that cause global warming. The EPA estimates that food waste has increased 50 percent since the 1970s.

The good news is that both corporations and consumers now have access to a growing number of initiatives making it easier to avoid waste--solutions that go from farm to store to fridge, and all the way through to trash. A few examples:

Farm auctions: CropMobster ensures that no farmer has to throw away unsold food. It links communities in need with local farmers, producers, and food purveyors who can quickly sell or donate excess produce.

Fresher Fridge: FreshPaper by Fenugreen has launched a simple piece of paper infused with spices that organically keeps fruits and veggies fresh for 2-4 times longer. Designers there like Jihyun David are even looking at ways to create "food symbiosis" in your fridge: for example, putting apples which emit ethylene gas next to potatoes apparently prevents the latter from sprouting. And Google, in recognition of the fact that global queries for the word "leftovers" surged by one-third in comparison to last year, has collaborated with the British supermarket chain Sainsbury's to launch Food Rescue. It's a new app that lets people dictate up to nine ingredients into their smartphones and get recipe combinations that can utilize their leftover food.

Trash Power: A growing number of companies are monetizing even rotten food. Harvest Power has 40 plants across the North America that take food waste plus leaves and yard trimmings and through anaerobic digestion and composting transform them into renewable energy to power neighborhood homes. A fringe benefit: natural fertilizer that Harvest Power sells to farmers and landscapers.

While we are slowly making progress in reducing food waste, there remains substantial room for improvement. The food industry still relies too heavily on bundling promotion offers that encourage excess purchases of perishable items. If we're going to wind up throwing food away, buying lots of it on promo doesn't work out to be a very good deal. Brands should rethink this policy. More thoughtful portion sizing can be a way to help people avoid opening more than necessary. Resealable bags can be helpful in facilitating proper storage. Beyond that, brands can use packaging to educate consumers on how to better store and use perishable ingredients. Even simple messaging can make a big difference, for example "Frozen grapes are delicious."

The time is ripe for leaders in the food industry to innovate and stake claim to a new space in the consumer mind: responsible eating for our waistbands, our wallets and our planet.