I'm a German, and I like being one. To be German, for me, means being goal-oriented and ambitious. Some might find it boring. So what? In that case, I'm happy to be the boring German.

I finish what I start. And when I meet new people, I don't cling to them right away. I'm careful that way.

Mostly, I enjoy living in Germany. I don't know anything else. But sometimes I don't feel comfortable anymore in my own country. Sometimes, other people give me the feeling that I don't belong here.

As soon as I say that I'm German, they start giving me mean looks. I see upturned noses and rolled eyes, as if I'd said something inappropriate.

When I walk through the streets in Berlin, young men, mostly of Arabic descent, hit on me.

"Hey baby," they say. If I brush them off, they get angry, because they think that with me they can get away with whatever they want.

"Someone like you wouldn't have a chance with me anyway. You're gross," one said to me recently.

For a while, I worked as a retail assistant in a shoe store in Berlin. There aren't a lot of Germans like me in that area. One time a young couple came into the store. I greeted them. The man was friendly, he chatted with me. But the woman turned around and pretended to shop.

"Can I help with anything?" I asked. "My girlfriend is looking for shoes," the man said. I asked the woman again, "Can I be of assistance?" She said, "Excuse me? I don't understand you." Then her partner pulled her out of the store.

When I walk through the city with my boyfriend, people's stares follow us. When I stare back, they look guilty, like they've been caught. An older woman once said to us, "You're a cute couple, so different, it's kind of sweet."

I'm used to the inappropriate commentary. I was already hearing those kinds of comments back in school. Years ago, a classmate asked, "Can I touch your hair? It's so soft, like wool. I would love to cut it off and stuff my pillow with it."

Another time I was picking up my niece, four years old at the time, from kindergarten when a little boy ran up to me and whispered, "Why are you so dark? Lakisha is so much lighter than you." His face conveyed a mixture of wonder and disgust.

I'm German, but I don't look like most Germans. My parents come from Sierra Leone, which is why my skin is so dark. I was born here and I have a German passport. Germany is my home. But I still sometimes feel like a foreigner.

In the eighth grade I had a fight with a boy. "You have Congo lips," he said to me. That was painful, because I'm the only one in my family that has such large lips.

An experience with a teacher also made me angry.

"Are you going to whine about it now because you're black?" she asked in front of all the other pupils. I found that completely inappropriate, since I'd actually only said no because I didn't want to learn so much text by heart.

She didn't intend to be hurtful, I kept telling myself.

But then another classmate asked me during PE, "Do you run so fast because there was war in your country and you had to run fast?"

I rarely experience such moments of open racism. But there are constantly little everyday moments that make me doubt whether I'm really allowed to belong here.

For example, when I'm sitting in the subway and all the seats are taken - all the seats except the one next to me. Is it a coincidence? I don't know. But I know that when the panic about Ebola was at its height in Germany, people looked at me very suspiciously if I coughed.

It annoys me when people think Africa is a country and not a continent. "What's it like in Africa?" they ask, and "Do you speak African?" A lot of people think that the residents in my parents' home country run around like bush people. But they wear totally normal clothing, just like people do here.

It's ignorance, that's obvious to me. But do you know how it feels?

When people ask me where I'm from, I say, "Berlin." Because I've been living there for years. But most people aren't satisfied with that. They usually follow it up with, "But where are you really from?"

And then there are the stories I hear. That people with foreign-sounding names have a hard time finding jobs. And, in fact, I never got a response to many of the job applications I sent in, either.

When my boyfriend and I were looking for an apartment, he was the one who wrote to the realtors. Because his name sounds German. My name is Fatama Abu-Senesie. With a name like that, you have less chance of landing an apartment in Germany.

Sometimes I hear about the experiences of friends who are also dark-skinned and who get carelessly pushed around in train stations. Is it deliberate? I don't know. But it doesn't feel good.

I also have a funny feeling when thousands of Germans take to the streets to protest the "foreignization" of their country. I know that I'm not who they mean. I don't see myself as a foreigner.

It also hurts when people act like they don't understand me, despite the fact that I have no trace of an accent. Bavarians should have a harder time being understood in Berlin than me, to be perfectly blunt.

At the same time, I really enjoy spending time with other Germans. Because many of them want to make something of their lives. They're ambitious. Like me.

I'm German. I'm 23 years old. I went to school here. I study here. I fell in love for the first time here. And I get just as worked up as anybody when the German national soccer team plays a game. I love this country.

I just wanted to say that. 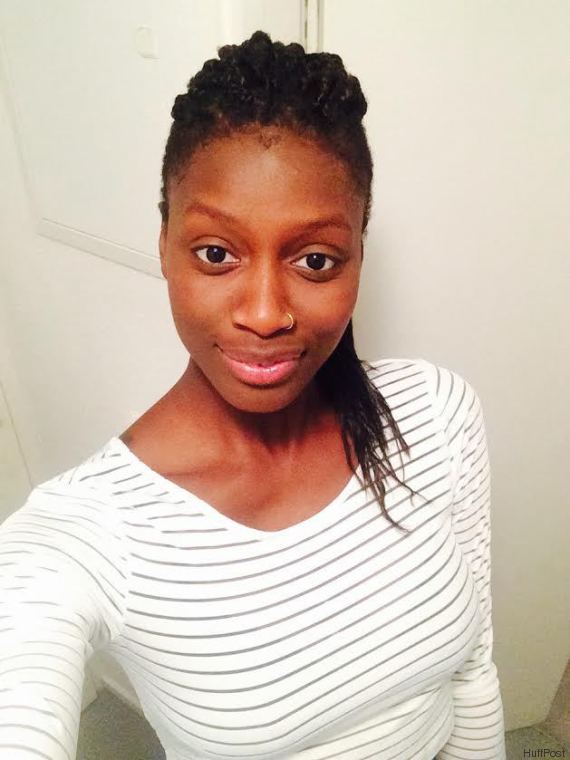 This piece was originally posted on HuffPost Germany and was translated into English.