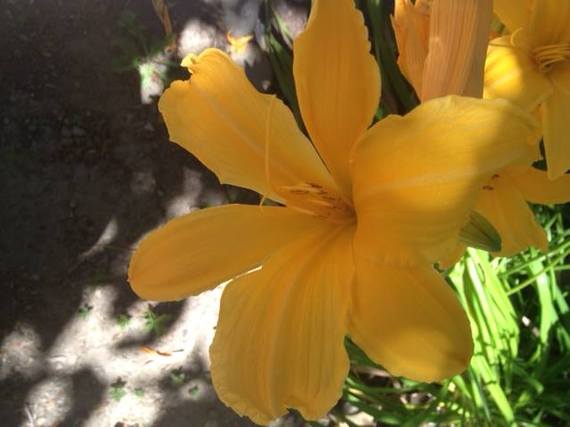 You know when you have one of "those days" and you have to merely laugh for sheer lack of finding any other method that seems suitable for the occasion? This happened to me recently on the way to collect a donation for my future child. There, I said it.

While driving from Downtown Seattle to the University District, I came in contact with not only the Blue Angels, but also the much beloved classic character R2-D2. Okay, Star Wars fans, not the real R2-D2, but a 50-lb. version of the adorable icon was strapped into the back seat of my VW Passat Wagon. Turning the corners while driving proved interesting -- as did lifting the monstrous sucker once parked. Who knew an item the size of a small child could be so cumbersome while opening a doorway?

Liquid Nitrogen Containers are anything but ideal for a 4'11" woman trying to get pregnant to carry into the Reproductive Center of the Universe, a.k.a. Overlake Reproductive, but it was my fault. I did something only I could manage to do, and lived to tell about it. A week prior to the aforementioned debacle I alerted the delivery man (now there's a statement) that I already had one sample at the doctor's office and would only need one more for the second IUI of the cycle. Wrong. I received a call as I was going in for the first IUI that we only had that one sample and I would need to stop on the way in if I wanted to try again the next day. Not a problem.

Summer in Seattle is full of fantastic treats, decadent eats, ship tours, and land and air shows courtesy of Seafair. There's the Pirate's Landing on Alki in West Seattle, the Milk Carton Derby at Green Lake, Fleetweek downtown, and Blue Angels shows pickled throughout the schedule. Well, the Blue Angels put me in a pickle the day. I failed miserably at getting to the sperm bank on time. I was an hour late for my arrival after sitting in traffic for what seemed like an endless enduring of non-movable cars. Still, I arrived and ran upstairs to collect my R2-D2.

If only you could see what this thing held inside of its sturdy walls -- a tiny vial of sperm in such a huge contraption. I'd be lying if I said I was brave enough to walk the piece of furniture out to my car by myself. When an intern asked if I needed assistance, I absolutely took him up on the offer. Mama didn't raise a fool. There was a brewery right next to my car and I was in no way going to make more of a scene than I had to trying to get the nondescript item into my vehicle.

"I'd buckle it in if I were you. You don't want it to move around while you're driving," the intern said.

"You buckle these things in?" I asked, amused.

"Yeah, it works really well to do it that way," he said.

R2-D2 behaved the entire trip on the highway and I arrived at my destination an hour late for my next appointment. You know, the appointment. I managed a not so graceful encounter with the elevator carrying R2-D2 by my side and checked in at the front desk. I was finally rid of it, I thought. Wrong.

Star Wars called. They want their R2-D2 back. It's in my car again, empty this time. I'll wait until the Blue Angels leave Seattle and there's another person in my car to properly deliver the container back to the sperm bank. Oh, the stories I'll be telling that kid one day...