An ability I have gets the best of me sometimes. When I keep a straight face, sometimes I'm really being real.

At the rehearsal dinner for my daughter's wedding, I asked her a question, "I see on your schedule, I have to be here at five o'clock tomorrow. Is that when I pick up the tux?

"Yes," she said softly while shaking her head as she walked off.

Months prior, I was instructed to get fitted for a tux. Apparently in my excitement, I missed the email instructing me to pick up said tux at the Men's Warehouse in Waterford, CT some thirty minutes from the wedding site.

The next day, promptly at five o'clock, I arrived at the wedding site in jeans and a t-shirt ready to change into my Tux.

"You're looking mighty casual for a wedding, Greg," said the Groom with a smile on his face.

"Ha, yeah. I suppose I should change. Who has my tux?"

"Um, your tux is at the Crystal Mall in Waterford. It's about a thirty-minute drive if you haul ass!"

The groom and I stared each other in the eyes for a moment before I said the only thing I could say...

"How do I get there from here?"

I felt like an idiot, but I had no choice except to move forward. The choice was to stay there with a negative reaction, or improvise a way to adapt to the current situation and overcome the perceived problem.

"Always do whatever's next."
~George Carlin

I ran to the car and peeled out of the parking lot. Yes, I broke the law and would have most likely gotten a speeding ticket had an officer spotted me.

As I was pushing the rental car to the limits down I-95, I got a call from my daughter's phone.

"It's not Kate, Greg. This is the Bride's Maid. Where are you?" I knew she wanted to kill me.

After a long drawn out scolding by the bridesmaid, I pulled into the parking lot of the mall at five-thirty p.m., fifteen minutes after I left the wedding site. It was a Saturday afternoon and the parking lot was crowded. The mall is a two-story structure. In my million-mile-an-hour thinking, I could not focus on the mall floor plan (even though I'm an architect by training) when a mother and daughter walked by.

I erupted into a full run and heard one of them yell, "No! It's on the first floor!"

"Of course it is," I whispered to myself.

On the first floor and still not seeing my destination, I asked a mall cop, "Where's the Men's Warehouse?"

"Of course it is," I said smartly as I started running back to the stairway.

"No, wait. It's on this floor just a few stores down!"

Of course it was.

Running into the busy store and up to the counter, with everyone looking at a frantic, sweaty man in street clothes, I said, "I am the father of a bride at a wedding thirty minutes from here which starts in about twenty-five minutes. Please help me."

I have to say, the customer service of those women at the Men's Warehouse was perfection. Outstanding and I wish I could remember their names. With the help of the associates, I was fully dressed in the Tux which fit perfectly in about five minutes. Thanking everyone on the way, I ran full blast in a Tux with hard shoes all the way to the car and drove with the pedal to the metal up I-95. No cops, no ticket. Unreal.

I slid into the parking lot of the wedding site at five minutes after six o'clock. Well within the late-comer window. OK, yeah, I know.

I got out of the car and started running towards the wedding and the place where we had rehearsed the night before.

"No, Greg! Go to the house behind the trees! That's where Kate is," yelled the bridesmaid.

Upon arrival, my ex-wife, my daughter's biological father and others were all looking at me with the well deserved You're an idiot look on their faces. I owned the looks with a smile on my face.

"Why did it take you so long to get dressed in your tux, Greg?" spoke my smiling daughter.

It hit me, she had no clue what had just happened.

"I had to go get it," speaking with a smile on my face as she pinned a yellow rose to my lapel. No blood.

"What?!? I thought you were kidding last night!" spoke the one who I would never want to make cry.

"You're beautiful Kate. You're about to get married to a wonderful man. It's not raining and we are all here now in this moment. This is my doing. I misunderstood and it does not matter because it's in the past. Let's go get you married," I said with a smile on my face and kissed my daughter on the cheek.

The only people who knew what had happened were the people who were told in a whisper by those who wanted to tell the story. Her biological father and I walked Kate down a green grassy path to her waiting husband-to-be, surrounded by loving humans who all wished the best for the ones they love. Exactly what a beautiful wedding can be...and it was.

Later in the evening, as we all were dancing, toasting and having a great time, I told the story of the tux. Gratitude filled my heart as I created laughter in people's souls. Yes, through my recklessness, I created trauma for a few moments within the lives of others. 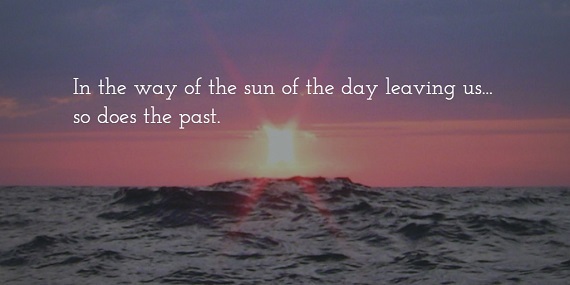 More:
fathers and daughtersspeedingOverwhelmedweddingsblack sheep
Newsletter Sign Up
An essential daily guide to achieving the good life
Subscribe to our lifestyle email.
Successfully Subscribed!
Realness delivered to your inbox