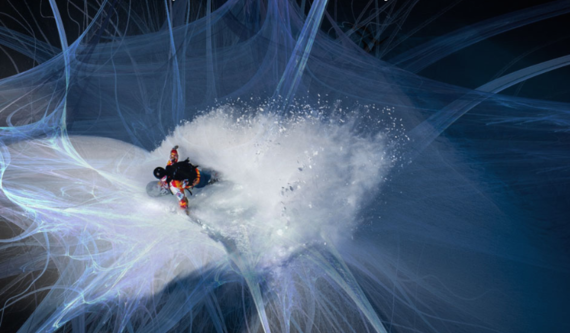 Welcome to the age of increasing complexity, volatility, interdependence, diversity, ambiguity, flux and more. Bring it on.

Our team ended the year with gratitude for all we had learned and accomplished -- and with a resolution to start 2015 with a plan to somehow make it feel less crazy. Turns out that will take more than a clever new app and more sleep (two things we remain fans of nonetheless.) It starts with an appreciation of what it is we are really being asked to do. And a willingness to look more closely at both our structures and the ways we each lead.

Affected by many conflicting yet interdependent factors that demand constant adaptation and speed of response, organizations of all sizes are being required to deal with what are now very complex decision making environments, just consider what Sony and our friends in the movie theater industry were wrestling with as the year closed. Imagine how fast -- and how publicly -- those decisions had to be made! Are most structures set up to deal with such a barrage? Even if you aren't facing simultaneous cyber attacks and death threats, there is plenty to cope with day to day.

Look at why big companies die. They implode on themselves. They create all these systems and processes - and then end up with a very small percentage of people who are supposed to solve complex problems, while the other 90 percent of people just execute. --Shari Ballard, now President of U.S. Retail at Best Buy in the Ivey Business Journal

Can You Plan For A Future Of Uncertainty?

Described by Harvard Business Review as a "trendy managerial acronym", VUCA is actually more than just the next new thing. It's increasingly being used as a framework with which to tackle the volatile and chaotic business, economic, and physical environment we all now face. Mostly used by the military, it's being adopted by many corporations to provide strategic leadership guidance, with a few firms like GE, Unilever, and McDonald's changing their leadership development model to fit the VUCA environment.

For most contemporary organizations -- business, the military, education, government and others -- VUCA is a practical code for awareness and readiness. Beyond the simple acronym is a body of knowledge that deals with learning models for VUCA preparedness, anticipation, evolution and intervention.

So how exactly does it break down?

Uncertainty -- where major "disruptive" changes occur frequently. In this environment, the past is not an accurate predictor of the future and identifying and preparing for "what will come next" is extremely difficult

Ambiguity -- where the causes and the "who, what, where, when, how, and why" behind the things that are happening are unclear and hard to ascertain

All of which begs the question, can you actually plan for a future that's so uncertain? Well, as shared in this month's Harvard Business Review, two professors compiled a framework to help identify what VUCA really means for you by distinguishing between these scenarios and developing more relevant strategic approaches for each.

The Rise of Super Humans

Wouldn't it be handy if we could just tap into some hidden performance potential? Over the past 30 years, skiers, snowboarders, surfers and other action sports athletes have pushed human performance farther and faster than at any other point in the 150,000-year history of our species. The euphoric state of oneness, known as "flow" that comes with achieving peak performance was first identified by positive psychologist and social theorist Mihaly Csikszentmihalyi -- and now is being scientifically decoded by Steven Kotler, one of our PYNKr's, author of The Rise of Superman, cofounder and director of research for the Flow Genome Project.

Believing that achieving more flow is fundamental to our ability to better handle the demands upon us, Steven and his team recently opened the Flow Dojo, a facility in which they bridge the mainstream with the extreme, allowing anyone to experience a flow state. When you consider that the latest (staggering!) research on flow suggests you can be up to 500 percent more productive and between 200 percent faster than normal when in flow, management executives and others are beginning to use it as a tool to create enhanced work performance, greater clarity, and more powerful decision making. This short video explains more.

Successful businesses and beloved brands grew to great heights and revenue by building systems that simplified processes in order to scale them. Control, consistency, autonomy, centralized decision-making, focus on clear "KPI's", single-minded branding and communications efforts were the keys to their success. Yet, as we see now, these clever business systems no longer bring the rewards of the past as McDonald's sales continue to decline and Coke announced this week the layoffs of 1600+ senior managers in an effort to build a more nimble, adaptive organization.

Encouragingly, we have also have examples of flexible new global structures such as CrisisCommons, which musters volunteers to help out in natural disaster situations, mobilizing thousands of people with little top-down direction. And brave General Stanley McChrystal's TED talk on listening, learning...and imagining failure.

Not surprisingly, as it gets more difficult to navigate the now dizzying array of complex performance and operational hierarchies, folks are, ironically, looking for simple solutions. Some argue that the only way to pursue innovation and improve productivity is to focus on a few simple things that can bring renewed direction. Yves Morieux from BCG offers a more nuanced take when he shares "Six Simple Rules: Ways To Manage Complexity Without Getting Complicated"--your choice: book and TED talk.

"Managing complexity is a battle between emergence and entropy."

Right on! We see this struggle up close and personal in all the work we do and so are encouraged by the thinking Julian Birkinshaw, from the London Business School is evangelizing. He sums it up nicely in this recent Forbes article:

"Much of the advice out there is about simplifying things -- delayering, decentralizing, streamlining product lines, creating stronger processes for ensuring alignment, and so on. But this advice has a couple of problems. One is that simplification often ends up reducing the costs and benefits of complexity, so it has to be done judiciously...

But perhaps the bigger problem is this advice is all offered with the mentality of an architect or engineer. It assumes that Jamie Dimon was the architect of JP Morgan's complexity, and that he, by the same token, can undo that complexity through some sort of re-engineering process.

Unfortunately, organizational complexity is, in fact, more complex than that. To some extent, organizations are indeed engineered systems -- we have boxes and arrows, and accountabilities and KPIs. But organizations are also social systems where people act and interact in somewhat unpredictable ways. If you try to manage complexity with an engineer's mindset, you aren't going to get it quite right."

To help us all get a better grip on this, highly regarded Professor Birkinshaw is offering a free MOOC course on "Managing the Company of the Future" in partnership with the London School of Business and Coursera. The class starts Feb 2nd, runs for five weeks, and requires two to four hours of study each week. The syllabus alone is worth taking a quick look through as it acknowledges that we must make the leap from traditional ways of managing to alternative ways of leading.

If this excites you, we also recommend checking out the +acumen online open course on Adaptive Leadership, designed specifically to help us each embrace ambiguity.

We'll also point out again that a VUCA world increases the need for both collaboration (working together on a problem) and cooperation (sharing without any specific objective). As we discussed a month or two ago, ECS (Enterprise Collaboration Systems) are creating internal networks within large scale organizations that enable rapid shifts in the composition of work groups, without any formal reorganization. As the systems for empowering productive and efficient decentralized teams move into place, it's equally important for leaders within organizations to acknowledge the need to actively curate and nurture an environment in which individuals can flourish.

We close with this quick read from a December issue of Fast Company which points out:

"The ways in which we work need new definitions, though what they are, and perhaps have always been, are roles". Posing the questions; "how do we lead in ways that help people to grow, rather than tell people to grow? To want to work, rather than have to work"? It suggests that approaching individuals with a role-based mindset rather than a 'title' mindset is key.

Building this into organizational cultures will take time as it requires not only the adoption of new tools, but more importantly a shift in mindset from "being right" to a desire to navigate, orient and act with conviction even when all the pieces just aren't clear. As Shari, Yves, Julian, Steven and many others advocate, changing any organization starts with changing our own individual approaches and beliefs about what success really looks like and the role we wish to play.