I recently spoke at the first World Summit on Technological Unemployment that took place in the Time Life Building in New York City on September 29, 2015. I was not the only one. Very well known names like Robert Reich and Joseph Stiglitz were also there to speak, and others just as well known like Larry Summers and John Markoff spoke via Skype. One very interesting thing we all shared, is that we spoke for FREE.

It was the context of all this unpaid work at a conference focused on what happens in an entirely possible future where we all find it extremely difficult as humans to be paid for our work, that I think really brings clarity to the world we have to look forward to.

There is a huge difference between the two, and we must start seeing the difference, and making the difference more clear to each other. A job is what you are paid to do. It can either enable you to do work that you enjoy, or it can compensate you for doing work that you do not at all enjoy. It can also even involve a whole lot of work or a complete lack of any work. The most important thing about a job is that we trade our time for monetary compensation.

Work is different. Work is better defined in the scientific sense, as the application of a force over some distance (W = F d). If we think about it this way, it's easier to see how money has nothing whatsoever to do with work. It's not part of the equation at all. Neither is anything involving value, worth, or meaning. Work can be necessary or entirely unnecessary. Work can be valuable or worthless. Work can be meaningful or empty. But all work is doing something instead of nothing, and no one can say the same thing about jobs.

There are a lot of people out there getting paid to do absolutely nothing.

There are also a lot of people out there getting paid nothing to do everything.

A new estimate put the amount of unpaid care work in the US economy as 5% of GDP, $691 billion, or 1.2 billion unpaid hours of work per week. Meanwhile, 2 million people spend 8.4 million hours every month in the US volunteering their time just for hunger relief.

These numbers are massive and help show just how much unrecognized work is going on every day invisibly, without our recognizing it, because no money is exchanging hands. And all of this work will continue being unrecognized until everyone is paid a salary regardless of employment status. Only through universal basic income will we recognize the billions of hours of invisible labor going on all around us without end. Without UBI, there's no other way of recognizing this work, because of its invisibility.

I actually experience this personally every day of my life. Every day I work, from around 10am to around 7pm, and regardless of how much work I do, how many people it reaches, and how much value it may potentially be seen as having, I rarely get paid anything for it. Take as most recent example, my presentation at the WSTU. I spent a week planning, writing, and creating my slides. It was hard work. I am happy to do such work, because I consider it work that needs to be done, and it's work that provides me great meaning, but the only reason I'm in any way able to actually do such work, is because I've crowdfunded a monthly basic income.

Consider this for a moment, and you may see work in an entirely new light. When you hate what you do as a job, you are definitely getting paid in return for doing it. But when you love what you do as a job or as unpaid work, you're only able to do it because of somehow earning sufficient income to enable you to do it.

The difference between these two forms of work cannot be overstated... 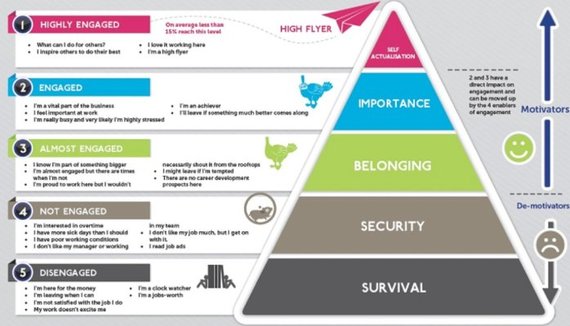 Because money functions as access to resources, and we need access to resources to stay alive, and thus to perform any work, it's having money that enables work. We see this over and over again in studies of cash transfers to the poor, where suddenly self-employment explodes to the degree three to nine of every ten recipients uses it in such as way so as to empower the growth of their own capital and their own employment.

We've got it all backwards thinking that work enables money. Work is not possible without money. As long as we have a monetary system, money comes first. And so we need to make sure everyone starts every month with enough money to be enabled to perform intrinsically motivated work. We don't start Monopoly with zero dollars. Why do we start our economy with zero dollars?

Universal basic income then allows a shift towards an entirely new system, where anyone can actually choose to do their work for free. Imagine the size of the Creative Commons and the Public Domain, where money is no longer needed in order to live and work? Imagine how much passion-fueled work could get done, and how much knowledge could be shared. Imagine how much science would be better enabled?

The future of work will also involve new forms of work that are very difficult for older generations to wrap their heads around as being work. I see this even today in games like World of Warcraft as just one example. Many of us could watch someone playing such a game, and see it as only a game, nothing at all but pure entertainment; a complete waste of time and the creation of zero value. And yet it's a game that has its own economy based on gold made of ones and zeroes, where it can be exchanged for real world dollars. Characters that people spend thousands of hours playing can even be sold for thousands of dollars. It's a game that can involve many hours of time and practice developing skills, and yet it's all entirely digital. Everything in the game has no actual scarcity, and yet a digital sword can be found and sold for hundreds of real dollars. Value is being created by those who perceive it has value. This is a new form of work. For some it's even an actual job.

We are experiencing an evolution of human work. We are so far away from scarcity, that we now farm ones and zeroes inside of games instead of grains and cereals inside of farms. We are entering a world of digital abundance where we find meaning in play and value in each other. Crossing the threshold of this world will require saying goodbye to old ways that cling to scarcity and an antiquated belief that jobs as we once knew them define us.

We are not defined by our jobs. We never have been. We are defined by our actions, and by the ways in which we seek meaning in our lives and with each other. And in this new world past the threshold, we'll finally begin to understand and appreciate the other side of creation - the enjoyment of what's created and the value in enjoying it.

Bertrand Russell described our historical lack of understanding both sides of the creation coin back in 1932 as the "divorce between the individual and the social purpose of production" in In Praise of Idleness.

The modern man thinks that everything ought to be done for the sake of something else, and never for its own sake. Serious-minded persons, for example, are continually condemning the habit of going to the cinema, and telling us that it leads the young into crime. But all the work that goes to producing a cinema is respectable, because it is work, and because it brings a money profit. The notion that the desirable activities are those that bring a profit has made everything topsy-turvy. The butcher who provides you with meat and the baker who provides you with bread are praiseworthy, because they are making money; but when you enjoy the food they have provided, you are merely frivolous, unless you eat only to get strength for your work. Broadly speaking, it is held that getting money is good and spending money is bad. Seeing that they are two sides of one transaction, this is absurd; one might as well maintain that keys are good, but keyholes are bad. Whatever merit there may be in the production of goods must be entirely derivative from the advantage to be obtained by consuming them. The individual, in our society, works for profit; but the social purpose of his work lies in the consumption of what he produces. It is this divorce between the individual and the social purpose of production that makes it so difficult for men to think clearly in a world in which profit-making is the incentive to industry. We think too much of production, and too little of consumption. One result is that we attach too little importance to enjoyment and simple happiness, and that we do not judge production by the pleasure that it gives to the consumer.

Our immediate future involves recognizing old forms of work differently, new forms of work entirely, and the inherent value of simply enjoying our collectively-created bounty together. Writing something like this is work, and what use is there in writing it and sharing it, if no one has the time or energy to read it? What is labor without play? What use is there for the idea of full employment in a world of abundance? Should we not instead aim for full unemployment by way of full automation so that we can each seek our own ways of most enjoying our lives on this Earth?

I almost have a basic income above the poverty level. I'm not even there yet, but I can already see where this will lead if everyone else has it too. It's a world not to fear, but to fight every day for, so that's exactly what I do. And I can, and will never cease, only because I've been given sufficient access to resources as a new monthly starting point.

Want to help? Contact your representative and tell them to support the Healthy Climate and Family Security Act of 2015 which would provide everyone with a Social Security number an equal share of the revenue raised by making the air we all breathe more expensive to pollute, or in other words, a 'cap and dividend' universal partial basic income. You can also sign this petition to the President and Congress for a basic income for all, or donate your time or resources to Basic Income Action, a non-profit founded to transform basic income from idea to reality.

Scott Santens writes about basic income on his blog and is actively crowdfunding a basic income on Patreon. You can follow him on Medium, on Twitter, on Facebook or on Reddit where he is a moderator for the /r/BasicIncome community of over 30,000 subscribers.