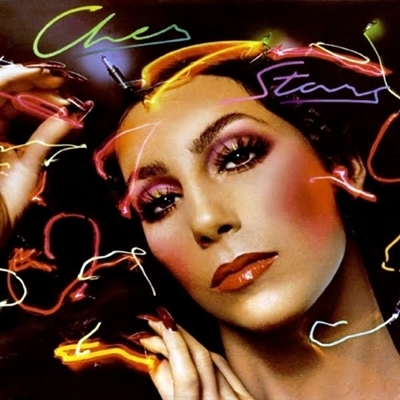 Though it may strike you as something less than shocking coming from an analog, Fosse-loving gay guy like me, but I've never cared much for reggae music. Doesn't everyone like reggae? I like the idea of reggae, but even though I know I'm supposed to think it's awesome, frankly it just puts me to sleep with its repetitious, musically static directives to relax and enjoy life -- the musical antithesis of living in neurotic New York City. Perhaps I'm just too high-strung to appreciate its charms, but even when I used to smoke pot I got impatient waiting for chord changes that never came, or anything resembling an engaging vocal performance. Maybe that's why I decided to create the first Gay Man's Comprehensive Guide to Reggae Music. Though some may feel I am trading in stereotypes, my position on reggae is an honest reflection of my taste. I suppose anyone who uses criteria like a "vocal performance" when assessing a record, song, or entire genre of music, is constitutionally disinclined to like reggae much.

That said, I do actually like a reggae beat, especially in the hands of someone who isn't specifically a reggae artist, like the Police or Stevie Wonder; artists who can take the buoyant spirit of the island music and build an actual song around it. I realize to some people this is practically heresy, but one of the few compensating factors of getting older is that you truly stop giving a shit about impressing anyone with how cool you are. I firmly believe that this guide will enliven the proceedings when reggae is unavoidable, and help my similarly cautious brethren to save a little time.

This is exactly how not cool I was/am: my first exposure to any iteration of the genre was when Cher covered Jimmy Cliff's "The Harder They Come" on her 1975 album Stars. How ya like me now? Though hipsters and purists are certainly snorting with derision, I stand by Cher's album, primarily on the basis of its album cover, which was and remains the quintessence of 1970s glamour. As a kid I spent untold dozens of hours listening to the record and staring at its graphics, wishing I could somehow transport myself out of suburban New Jersey and into Cher's eyelashes. (Years later when I worked with her, I told her about my obsession with this spectacular photograph by Bill King and we talked at length about how many hours it took to braid the Christmas lights through her tresses.) If I hadn't been born gay, staring at this picture of Cher for so many years could have conceivably made me gay.

Wait! I just lied to you. Why show off your lack of street cred with a Cher cover of Jimmy Cliff when the truth is even more compromising: the very first "reggae" record I ever heard (you see, now we are so far from the real thing I am compelled to use quotation marks) was actually Barbra Streisand's ill-advised cover of Bob Marley's "Guava Jelly," which came out in October, 1974, a full six-months before Cher's album. Yes, Gay Voices readers, just when you thought a selection couldn't get any gayer he busts out a reference to Barbra ButterFly. This is the album where in lieu of a glamorous portrait, Babs agreed to a high-concept album cover that depicted a fly on a stick of butter. Get it?

But back to "Guava Jelly." Even as a ten-year-old, I knew this was not Barbra's finest moment and that there was something vaguely inorganic when Babs sang about rubbing jelly all over her belly against a jaunty steel drum arrangement. Hearing it today, it doesn't suggest sexiness as much as something more clinical, like a sonogram. For the album cover and bad song choices, I mostly blame Barbra's erstwhile boyfriend Jon Peters, who (allegedly) produced ButterFly, his first record after a successful career as a hairdresser to the stars. Did he actually think he could turn Barbra Streisand into Rita Marley? A few months after he made over her recording career, he made over her hair, ushering in the infamous Barbra Afro period. But I digress...

Of course as an adult with a discerning ear, I know that Cher's "The Harder They Come" and Barbra Streisand's "Guava Jelly" are not what I thought they were when I was a kid. In fact, I can't even recommend either except for their kitsch factor. But Stevie Wonder's cover of Bob Marley's "Redemption Song" is another story entirely. I found his version several years ago on a compilation called Song Review: A Greatest Hits Collection that was released in 1996. I think it is probably Stevie's single greatest recorded vocal performance -- and that's really saying quite a bit. Perhaps the reason I love it so much is because in Stevie's hands the song moves away from reggae toward something much more straightforward and anthemic, which is absolutely fine with me.

I often listen to Stevie's version of "Redemption Song" when I go running, not only because I love its uplifting Chariots of Fire feeling, but because at a crisp 3:46, it is almost precisely the same amount of time I can actually run. I urge you all to get your hands on this record and make a Munk-style commitment to fitness today.

The Police and Sting did something particularly notable with the sound of reggae: they made it musically engaging. From "Roxanne" through much of Sting's solo work, we hear reggae deployed in the service of well-crafted pop music, which gets the Stargayzing stamp of approval. A good example of what the Police could do with the idea of reggae without actually being reggae is "Every Little Thing She Does is Magic," from one of my favorite all-time albums, Ghosts in the Machine (1981).

Gay icon Annie Lennox's live cover of Jimmy Cliff's 1969 song "Many Rivers to Cross" is culled from a 2008 appearance on the American Idol charity special Idol Gives Back, and it is a stunner. It was also included on her CD The Annie Lennox Collection. I have always considered the ability to sit before a piano and touch a listener's heart with just a song and your voice to be the highest level of pop music excellence. It is such a very rare gift and here, Annie Lennox demonstrates why she is such an enduring, vital artist.

Well -- that's it. This list pretty much encapsulates everything I feel about reggae music and, as far as I'm concerned, it is all any reasonable gay man needs to know. In the near future, you can look forward to Stargayzing guides to other things for which I have little interest, including NASCAR, gaming culture (an oxymoron) and finally, a trenchant exploration of the sociological effects of the perpetuation of cultural stereotypes.

An expanded version of this piece also appeared in stargayzing.com.

I have written the pop culture blog stargayzing.com since 2010.