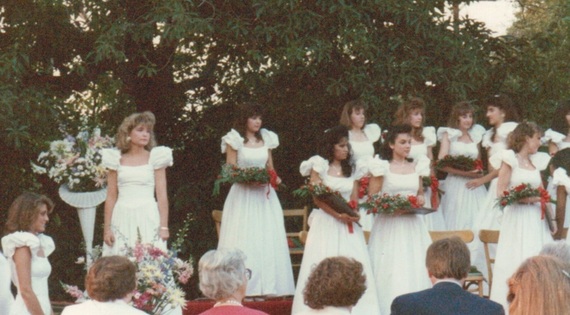 Is Gender-Informed Education Bad?
Many thought leaders believe that gender equality is not yet a reality and that only by co-education can females and males be viewed as -- and become -- equals. Although the concern that any non-co-educational approach may reinforce gender stereotypes and may not reflect the mixed gender reality of society has merit, I suggest in this article that offering as complete a range of educational options -- including gender-informed and single-gender ones -- to the public is in our best interests and may offer more options and potentially some beneficial approaches to successfully educate all people.

Including gendered-informed educational options may offer the promise of better achievement outcomes that can support equality of participation and potential across all categories of people; including men, women and alternate orientations. I might suggest that, as complex as gender is as an element within humanity and individual identities, and as wide the variations are among individuals, it would seem unlikely that the answer to achieving gender equality is only and solely through and within co-education.

Gender Differences in Humans
The human animal consists of two physical sexes and more than two gender identities. Everyday simple observation as well as scientific research has shown that there are certain traits or tendencies -- behavior ranges or tendencies -- that may be more prevalent within one gender vs. another. The fact of this, as well as the reasons are often strongly debated and not always clear or agreed upon. To the extent that such differences exist, they appear to be associated with physical reproductive differences, physiological and psychological differences and the impact, interactions and influences on these differences by social and physical environments.

However, research also points out that variation within gender may be materially greater than variations between genders, suggesting that gender needs to be addressed within the context of a given individual, rather than simply as a blanket description of norms, needs or tendencies of gender groupings. There appear to be few voices in the literature claiming that gender is not important in any material way. Gender is the most significant component of an individual's identity and life options. To ignore, suppress or neuter gender and sex among humans, especially children and adolescents, when considering educational options, may marginalize the most important constituent of each person's identity and attributes.

The Purpose of Public Education
Public education's purpose is to enable every human being within a society, regardless of economic means or social status, the opportunity to be educated and learn the skills, information, history, norms and intellectual tools that are needed for full participation as adults within that society. If the goal is to educate all people, it may be beneficial to modify some educational instruction, programs or approaches for some students based on gender.

As diverse as the human species is, and as much variation there is among individuals within any category of people, it would seem potentially limiting not to make available any choices within public educational approaches that include a gender-informed one.

Tailoring teaching and educational programs to accommodate learning differences among individuals appears to be a logical approach to help each individual achieve his or her highest potential. The question is whether single-gender or gender-informed classrooms or schools may also assists in promoting better educational outcomes for some students within such environments, and whether some separate education by gender is helpful in tailoring for some individual needs or some needs in most individuals.

Despite extensive research into this question, there is conflicting evidence in the literature that education achievement is always or unequivocally enhanced in such environments. The primary reason for the lack of credible data is that nearly all studies conducted to explore this area is methodologically lacking in scientific rigor, not necessarily because the research is poor, but usually because of ethical considerations making most scientifically rigorous experiments impossible.

Single gender schools and classrooms are offered by non-public educational institutions. This gender-informed option has been and is available for those who can afford it. Research does not conclude that the simple fact of a school or class being single gender -- solely and of itself -- is harmful to the students within them, especially when gender stereotyping or biases are not taught or re-enforced in such settings. Therefore, to allow educational options that are available to only a wealthy subset of society who are able to afford the choice, but to deny this option to the vast majority of less wealthy people who cannot afford it -- in light of little compelling evidence of harm from offering gender-informed options -- may be counter to our society's ideals of fairness and the goals and purpose of public education.

Individuals may respond to single gender environments differently, and this may also be true of males and females as populations, especially at different stages of development. This assertion implies that public funding and support of gender-informed schools and classrooms need not necessarily be offered in exactly equal numbers at all times and places -- for every male school there must be a female school -- but, instead should to be offered where there is public demand and an identified need and substantiated benefit, not simply a balancing of numbers between the genders for the sake of arithmetic symmetry.

Race vs. Gender
Many who oppose gender-informed educational options in public schools do so by extending the logic of legal and moral arguments that abolished mandatory racial segregation in education. However, the legal judgments that have been rendered by the Supreme Court make clear distinctions between the logic and morality of race segregation as compared to gender segregation.

The law does not recognize any difference between the races and any segregation or separation based on race is illegal as well as unsupported rationally and morally. However, the law does recognize differences between genders and the sexes and allows for different approaches based on gender, including segregation by sex, as long as an individual is not disadvantaged by such an approach.

Based upon these legal perspectives, and the modification of Title IX in 2006, which allows single gender schools and classrooms in public primary and secondary schools as an option to co-education, there is no prohibition against offering the choice of single gender education. The legal, logical and moral grounds prohibiting segregation by race are separate from those allowing segregation by gender, which lends support to the argument that single gender and gender-informed educational options are part of a range of options that are important to and supportive of the public interest and the goals of public education.

Let's Leave Dogma Behind
Although there is legitimate basis for concern regarding the potential of single gender schools and classrooms to perpetuate and reinforce gender stereotypes and inequality, there is little evidence that this hazard arises solely and simply from the fact of being single-gendered. All educational programs, including co-educational programs, can hold the potential of perpetuating inequalities between men and women.

Given the complexity and diversity of gender traits, their causes and variations among individuals, it seems unlikely that co-education is solely the best mechanism to ensure gender equality in outcomes and opportunities. It is in the public's interest to ensure that each individual is educated and reaches his or her fullest potential. Banning education options that are not proven to be harmful, and are available to a wealthy few, may be counter to the goals and purpose of our society and public education.

Supporting the argument that offering the choice of gender-informed educational options is beneficial and in the public's interest, laws and legal judgments have recognized gender differences and supported tailored approaches while simultaneously upholding gender equality.

The logic and moral arguments associated with race equality are seen as different from those regarding gender equality. The key is not that an educational option is gender-informed or gender-tailored, but whether it disadvantages a given individual while still recognizing and addressing the fact of gender's existence and its impact and role among populations' and individuals' education outcomes and success.

Joel L. A. Peterson is the award-winning author of the novel, "Dreams of My Mothers" (Huff Publishing Associates, March, 2015).

"Compelling, candid, exceptionally well written, "Dreams of My Mothers" is a powerful read that will linger in the mind and memory long after it is finished. Very highly recommended."
-- Midwest Book Review