Like three princesses, they sat ready to be served: hair perfectly set, one was in a pink dress, another in a lilac one and the third in a peach coloured skirt and white shirt. They looked to be between 10 and 12, and the youngest one's hair was held in place by cute Hello Kitty clips (which I made a mental note to search for, since I am a big fan of the franchise).

These girls, seated in a row, looked so innocent and adorable. That is, until they opened their mouths.

"I want a good massage, you understand? Not a light one. I want my nails to be beautiful and if I feel any pain, I am telling the manager," said the one in lilac.

When she was done the other two started barking orders at the staff inside a Dubai ladies' spa.
I was sitting on a chair nearby. I had popped into the place after a long week of working and typing, which always leaves me with a stiff neck and painful shoulders.

And when my therapist saw my look of disgust at the girls' behavior, she said: "These are the young ones. You have to see and listen to the older ones."

It turns out I was wrong about their ages; they were between six and eight. They had a bit of make-up on, and since it has been a while since I was eight -- a time when I would carry a doll around or be outside running around -- I assumed they were older based on their behavior.

I'll get to the rude behavior in a moment. First, I must ask: why would a child need a massage? Sure, young girls want to copy their mothers and put on nail polish and make-up, but when do children get to be children?

I was a messy kid, always running around, climbing, digging, doing something active and imaginative. I never stepped into a spa during my childhood, and my mother rarely did. She was simply too busy and would not spend much time on herself. She raised three children with no nanny, took care of the house without a maid, and somehow managed to cook feasts and entertain guests.

Of course, both my parents deserved to be pampered. They sacrificed for their children, and didn't take care of themselves. As a result, today they are ill and tired. Perhaps getting massages and spoiling oneself from time to time is a good thing.

But those three little princesses were, in my opinion, starting too early. They had smart phones, and they kept whining about one or the other. Their presence ruined "the ambiance" for many of us adults coming from a stressful day.

I recalled an incident at the Hello Kitty Spa in Dubai, where you can choose a 'princess' or a 'queen' package to pamper yourself with. The spa is beautiful, a Hello Kitty heaven for its fans. During one birthday party, I cringed at what the staff had to deal with. Not one, two or three bratty girls, but ten of them. I couldn't believe there were so many ill-mannered children around. The girls were from various nationalities and backgrounds, and yet had one thing in common: they had no respect for anyone or anything.

They would spill juice, drop cup cakes on the floor, and didn't bother picking up the mess. Actually, they didn't even give it a second glance. Like many children, and adults, living in the Gulf, they are used to "someone else" picking up after them. 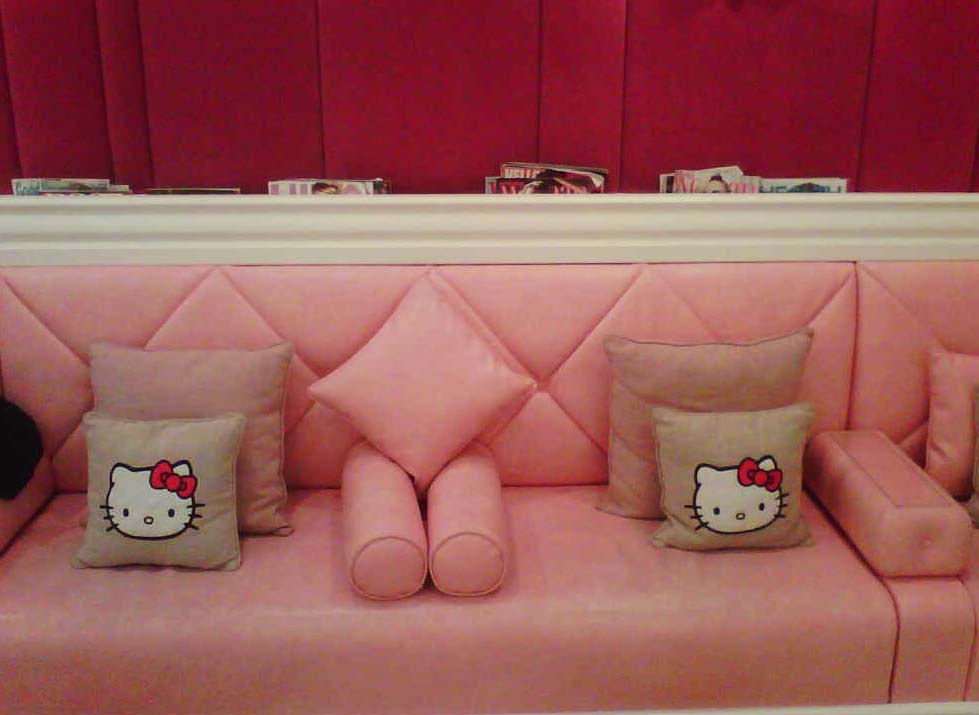 We all at some point take the luxuries we have in life for granted. I just have to remember some of the refugee kids I visited throughout my career, their sufferings and their desperation for the simplest of things like pencils and comic books, and it humbles me.

I used to kick a fuss whenever my mother forced me to finish my plate, pinching my ear while telling me about the kids around the world dying from starvation.

Different generations have different experiences, and of course, each generation is nostalgic about their childhood and remembers it as a simpler and more innocent time.

Perhaps it has something to do with what kids watch these days on TV? or rather, on the internet?

I grew up on My Little Pony, Care Bears, He-Man, She-Ra, Disney classics, Scooby-Doo, Tom and Jerry, MGM Classic Cartoons, Bugs & Daffy, and the list goes on. There so many Sci-Fi series as well, like Silver Hawks and then stranger ones like Jem and the Holograms. All very creative and I find myself enjoying re-watching these cartoons as an adult.

And then there was the Arabic or English dubbed Japanese animation. With their dramatic eyes, expressive mouths and unruly hair, the Japanese characters of the manga genre have captured the hearts and imaginations of generations of youths, including my own. I can't remember a time when I didn't have a crush on an animated Japanese character, especially those heroes with long hair, a princely manner and imbued with some sort of superpower.

The dubbed anime series in the 1980s and 1990s especially shaped many Arab youths' values and dreams, leaving some of us reaching for the impossible. I owe my choice of career to the dubbed animated series, Hello! Sandybell, which was about a girl who becomes a journalist as she searches for her mother. It looked like such fun.

Ultimately, it all goes back to the parents. A child will always copy adults, and it is up to parents to set parameters and lead by example. Rude young brats typically are only emulating adults in their lives.

I have seen fathers take their sons in sports cars and even allow their 12-year-old -- if not younger -- sons to drive. Then there are children who are losing their native language and identity as they are brought up by nannies.

Not all of these developments are bad. Children today are more educated and have access to limitless piles of information, thanks to the Internet. The effect of today's modern world and globalisation of cultures and expectations are endless.

As I left my massage that day I saw the girls' mothers. They were coming out from the facials section. I realised the girls were miniature copies of their mothers, and within minutes, the mothers were complaining, too. I heard one cursing her maid, and the other command a staff to go check on her daughter.

Rym Tina Ghazal is a senior feature writer and columnist for the National Newspaper. She is working on her second book, Single in the City.

Voting Made Easy
Register to vote and apply for an absentee ballot today
Register now
More:
mannersgeneration xmothersDubai classics
Newsletter Sign Up
Raise the kind of person you'd like to know
Subscribe to our parenting newsletter.
Successfully Subscribed!
Realness delivered to your inbox