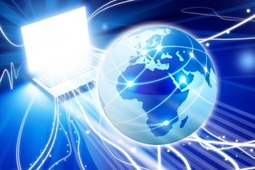 Though for many of us the year ahead may look pretty dismal, 2016 promises one great breakthrough - a major step toward ending Africa's particular and hobbling form of the great Digital Divide.

Poor connectivity has bedeviled much of the continent's internet access (or often sheer lack of access) but now a huge improvement is in the offing. It's a new subsea cable, to be laid off Africa's eastern coastline, enabling a reliable and affordable international connectivity service to both coastal and landlocked countries in Eastern, Central and Southern Africa.

The project is being developed by Liquid Sea, a literally offshore subsidiary of Liquid Telecom, which already runs a pan-African network based on terrestrial fiber-optic cable supplemented by satellite links for rural and remote areas. Altogether, with offices from South Africa and Botswana in the south to Kenya in the East, taking in Democratic Republic of Congo in the center, it makes up the continent's largest single contiguous network crossing multiple national borders. 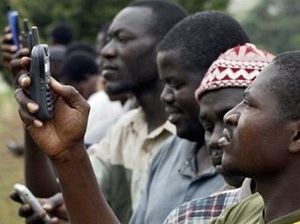 Africa has benefited in many ways from the digital revolution - most notably in taking advantage of wireless technology - to leap-frog the conventional stumbling-block that having to lay cables had always presented. But internet coverage still remains uneven, to say the least.

Les Cottrell (pictured below), who is based at the Stanford Linear Accelerator Center in Silicon Valley-land and runs the world's first global internet monitoring system (with the perhaps overly cute name PingER), will have the job of assessing how big a difference the new Liquid Sea connection finally gets to make.

Cottrell, something of a legendary research scientist who was on the Nobel Prize-winning team that discovered the quark, is in no doubt of the daunting nature of Africa's need for net improvement, given so many countries' obdurate mix of poor connectivity overlaid across the sheer paucity of technical resources. He cites a visit he made to the biggest university in the Democratic Republic of Congo.

"The University of Kinshasa has nearly 30,000 students, faculty, and research staff--but only 800 computers. And although its internal data network is fast enough to support on-campus e-mail, virtual library access, and online coursework, its link to the outside world is no better than that of a typical household in the United States or Europe."

And the unpalatable truth is that, despite some great advance in African development over the last decade and more, its effects are patchy, and taken as a whole, fewer than 16 percent of Africans have access to the Internet. That compares that with 63 percent of Europeans and 79 percent of North Americans.

Cottrell has seen all too clearly what a disadvantage is placed upon Africans by such digital inequality. The economics of the entire process, he maintains, are skewed by poor network performance in Africa, with the total bandwidth available to shuttle data back and forth between African countries and the rest of the world amounting to less than 1 terabit per second. That's about one-seventieth of Europe's international bandwidth capacity.

"Making matters worse," Cottrell points out, "the price for bandwidth in Africa is cripplingly high. While a university in Germany might pay about US $4,000 per month for 1 gigabit per second of bandwidth, a school in Kenya can expect to pay $200, 000 for the same service." 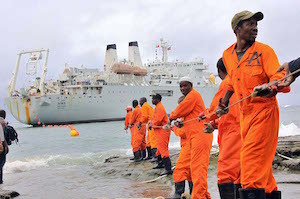 Things had started to improve when the soccer World Cup of 2011 was held in South Africa, and the ginormous demand of international communicators, not least the bandwidth-heavy TV networks, led to new western-coast undersea cables being laid. But these didn't afterward benefit many ordinary Africans, any more than they did the students and faculty of Kinshasa's university.

"The impact of Liquid Sea will be a far more reliable and ultra-fast connection for governments, businesses, schools and homes - in both coastal and land-locked countries across all of Africa."

And if it's not, the ever-vigilant Les Cottrell of PingER will be there to test and evaluate the network down to its fine gradations. He'll do that mainly through his basic measuring tool of the "ping" (like the sonar echo it is named after) as it travels from one computer to another far remote one - recording to the millisecond exactly how long that journey takes. All in all, though, Cottrell seems hopeful: "As the continent continues to attract big investors and cutting-edge science research projects," he says, "its internet performance will advance further still".