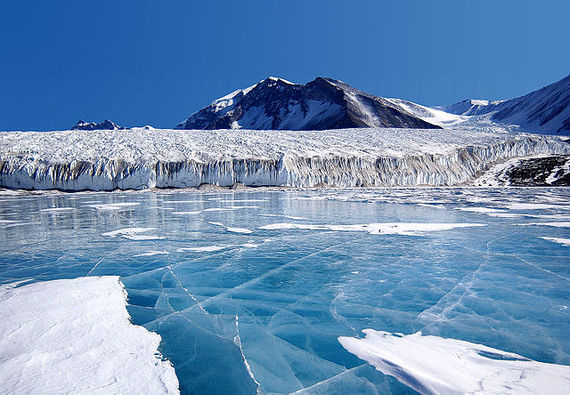 Antarctica is home to one of the most unique natural ecosystems in the world: subglacial lakes, which are massive pockets of warm, fresh water that are sealed in ice. They exist beneath the continent's many, massive glaciers.

The largest is Lake Vostok, which scientists say is over 4,800 square miles of water, and could contain life forms never before seen by humans.

Researchers said last week that they may have just discovered another such lake, almost as vast as Vostok. This one is in eastern Antarctica, in an area of the continent that has not been extensively studied, according to New Scientist.

For now scientists can only report they have a strong suspicion the lake is there, based on satellite imagery that reveals topical grooves similar to those found on top of other subglacial lakes, nearly 400 of which are known to exist.

Scientists think the new lake is around 62 miles long and six miles wide, a leader of the project told New Scientist. Researchers have flown over the suspected location of the lake to gather radar data that could confirm their hypothesis.

What could be inside? Literally anything. Many glacial lakes have been sealed off from the outer world for millions of years, meaning that life forms were left to evolve at a pace all their own.

Either way, it may be awhile before we find out. At Lake Vostok, for one, scientists have worked for years--unsuccessfully--to send in a probe.