Each year, looting Earth's forests, its animals, waterways, wetlands, coral reefs and its oceans account for $400 billion in commerce.

Join Earth Dr Reese Halter in another segment of SOS from Los Angeles as he shows us the gruesome global ecocide rampage.

This ecocide rampage is run by organized crime and, in part, fueled by Big Oil subsidies in excess of $1.9 trillion annually. 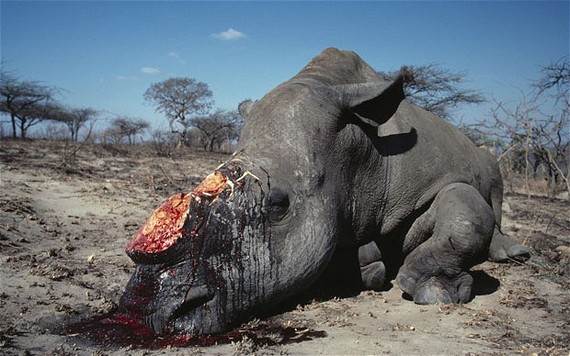 The heartless brutality inflicted upon the Animal Kingdom by poachers is bloody awful. Photo credit: telegraph.co.uk

About 1.1 billion people, or 15 percent of the human race, depends upon killing our living planet for their daily livelihood. This also includes enslaving millions of children.

In other cases, governments are miserably failing to protect biodiversity hotspots. For instance, the Australian Environment Minister, Greg Hunt, refuses to acknowledge expert scientists and their professional assessment of the dying Great Barrier Reef. "The decision to dump dredging spoils has to be a political decision because it's not supported by science at all," says Dr Charlie Veron, retired chief scientist at the Australian Institute of Marine Science.

Lifeless, bleached corals along the Great Barrier Reef that once brimmed with vibrant biodiversity and a kaleidoscope of colors. Photo credit: australianmuseum.net.au

Instead of siding with science and protecting the environment, Hunt has authorized 5 million metric tons of Abbot Point harbor dredgings to be dumped onto the inner Great Barrier Reef.

Dr Charlie Veron is the "Godfather of coral reefs" and when asked about the current state of Queensland's spectacular reef he responded: "The inshore Great Barrier Reef has change beyond recognition, most of it is dead." 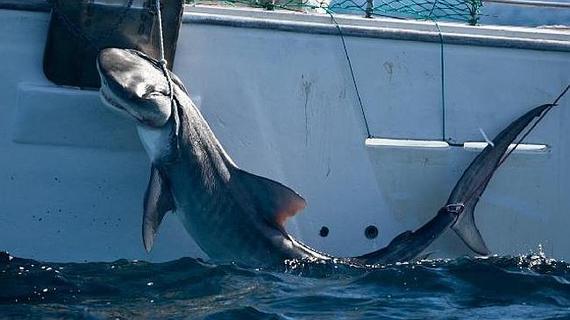 The Western Australia (WA) shark cull is diminishing apex predators in the Eastern Indian Ocean at a time when shark populations are at an all-time low. Photo credit: perthnow.com.au

Meanwhile, on Australia's southwestern coast, the WA state government continues to deliberately kill over 172 sharks on baited drum lines in order to gentrify the Indian Ocean, so more people can surf and fewer sharks can maintain their vital role as predators culling the old, weak and sick and preventing diseases from becoming epidemics.

"The WA Government is ignoring science and the majority of the public to once again plan to use a meat curtain of baited drum lines, which is merely a false sense of security given Hawaii has condemned the WA governments action, given they tried culling sharks for 18 years and it made no difference to shark related incidents," says a passionate Jeff Hansen, Managing Director of Sea Shepherd Australia.

Elephants, like humans, mourn the loss of their mothers. Photo credit: rainforest-rescue.org

On the African continent, loathsome poachers recently massacred in excess of 100,000 elephants for their ivory tusks. Poaching rhinos for their half-million-dollar horn has increased, over the past seven years, by five thousand percent.

The most egregious and shocking example of the last great ransacking of our planet is the plight of sharks. Up until the last decade, these magnificent creatures have withstood the rigorous test of 400 million years of evolution. 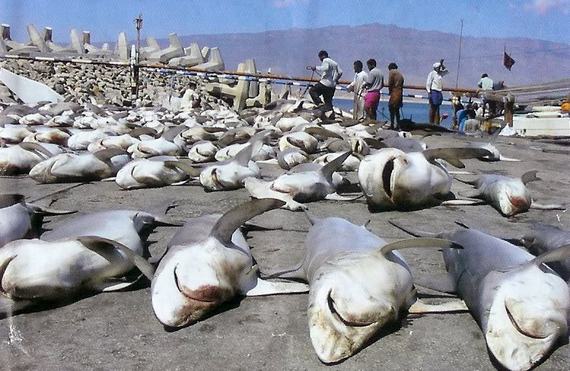 At least 73 million sharks are brutally slaughtered, each year, for their fins, served as sharkfin soup. Photo credit: speakupforblue.com

The 'War Against Nature' has annihilated sharks. Today, 9 out of 10 sharks are missing in the oceans.

We have reached a crucial moment in our history. It's up to each of us to lend a helping hand and end this deranged global ecocide.

Join us on October 4 as citizens from around the globe unite in the March for Elephants, Rhinos and Lions.

Earth Dr Reese Halter's forthcoming book is "Shepherding the Sea: The Race to Save Our Oceans."